Ski resorts started off to a rough season in 2019, but new snowfall this weekend could bring hope to some of the resorts. 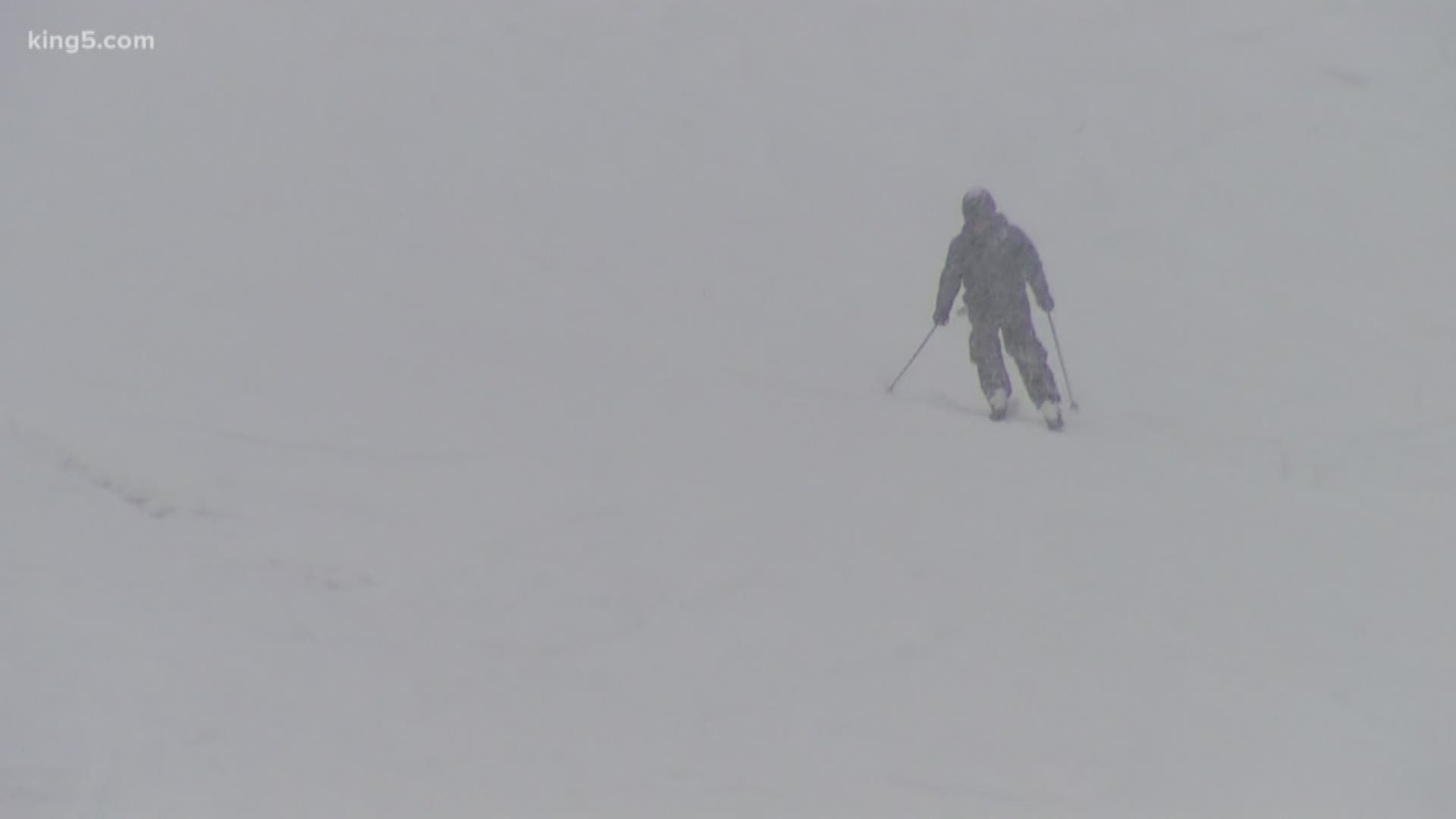 SNOQUALMIE, Wash — Washington’s ski areas have had a difficult season getting started.

It's been particularly difficult for the resorts atop Snoqualmie Pass, which begins around 3,000 feet in elevation.  After opening on Dec.15, Summit West had to close for a day due to rain. It was back open to a packed house the following day.

However, Alpental has yet to open for the season. After the same rain closure, Summit Central re-opened Friday.

Signs at Summit West warn of early-season conditions and point to an overall snow shortage through the Cascades.

There is hope for more wintery conditions and at least another six inches of snow on Saturday when temperatures are expected to drop as more moisture heads in from the Pacific. Depending on what they get, resort managers could finalize a date to open Alpental.

The Natural Resources Conservation Service shows the central portion of the Cascades, which includes Snoqualmie and Stevens Passes, at 45%  of the normal snow totals for this point in the year.

South Puget Sound is just below that at 44%, while the Middle Columbia, Hood area at 31%.

Most of the totals as of Jan. 2 are lower than they were at the same date in the 2015 season where record recorded drought helped lead to a record number of wildfires that summer.