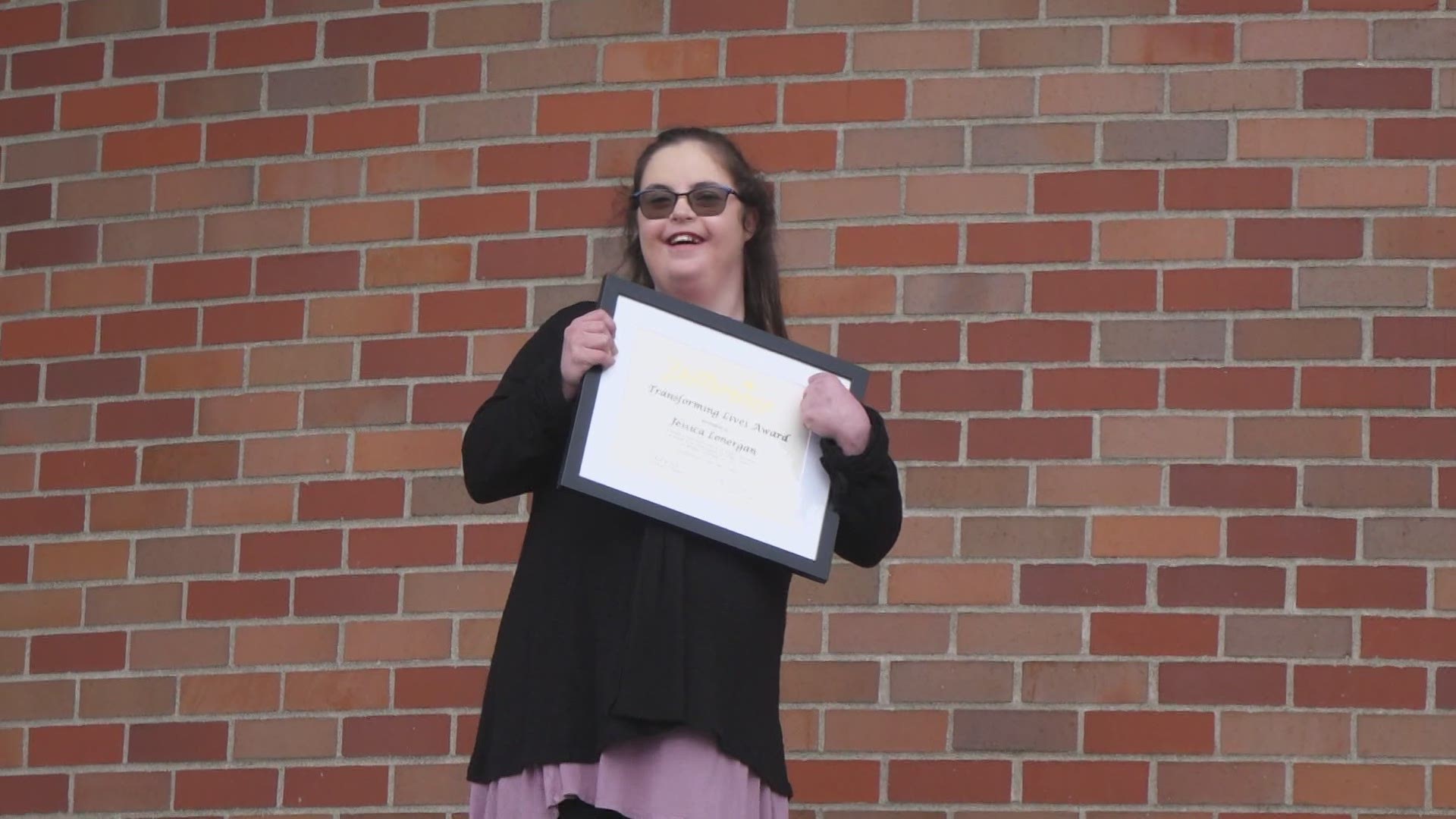 Jessica was born prematurely and suffered several brain hemorrhages that led to cerebral palsy. She was also diagnosed with Down syndrome and spent most of her young life in and out of the hospital with numerous surgeries that resulted in four rods and 28 screws in her back.

KING 5 featured Jessica, and her mother Joy, back in 2019. Through a twist of fate and maybe a wrinkle in time, the two found themselves attending Skagit Valley College (SVC) together. The college is one of just three schools to offer a special program known as INVEST, which stands for Individualized Next Step Vocational Education and Social Skills Training.

Jessica was accepted into the INVEST program and spent the last two years learning skills and training to prepare for the workforce. At the same time, Joy has been earning her nursing certificate.

Jessica officially graduated this year and was also honored by the Washington Association of College Trustees (ACT) and received the 2021 Transforming Lives Award. The award recognizes students whose lives have been transformed by attending one of Washington's 34 community and technical colleges.

Flora Perez-Lucatero is the vice chair for the Skagit Valley College Board of Trustees and said, "We want to show community college has a place for everyone."

"No matter your circumstances, where you come from and your background There’s a place here for everyone. Jessica is just one of hundreds of thousands of stories of how lives are transformed by our community and technical colleges," Perez-Lucatero continued.

Jessica now works as a hostess at a local restaurant and loves it. And if all of that wasn't good enough news, Jessica is also very excited to celebrate her birthday next week -- she'll be 22.

Joy said her daughter is a "walking, talking miracle." She said while she misses their daily carpool and spending time on campus together, she's glad she's wearing nursing scrubs with no buttons because, "they would be popping off with pride!" 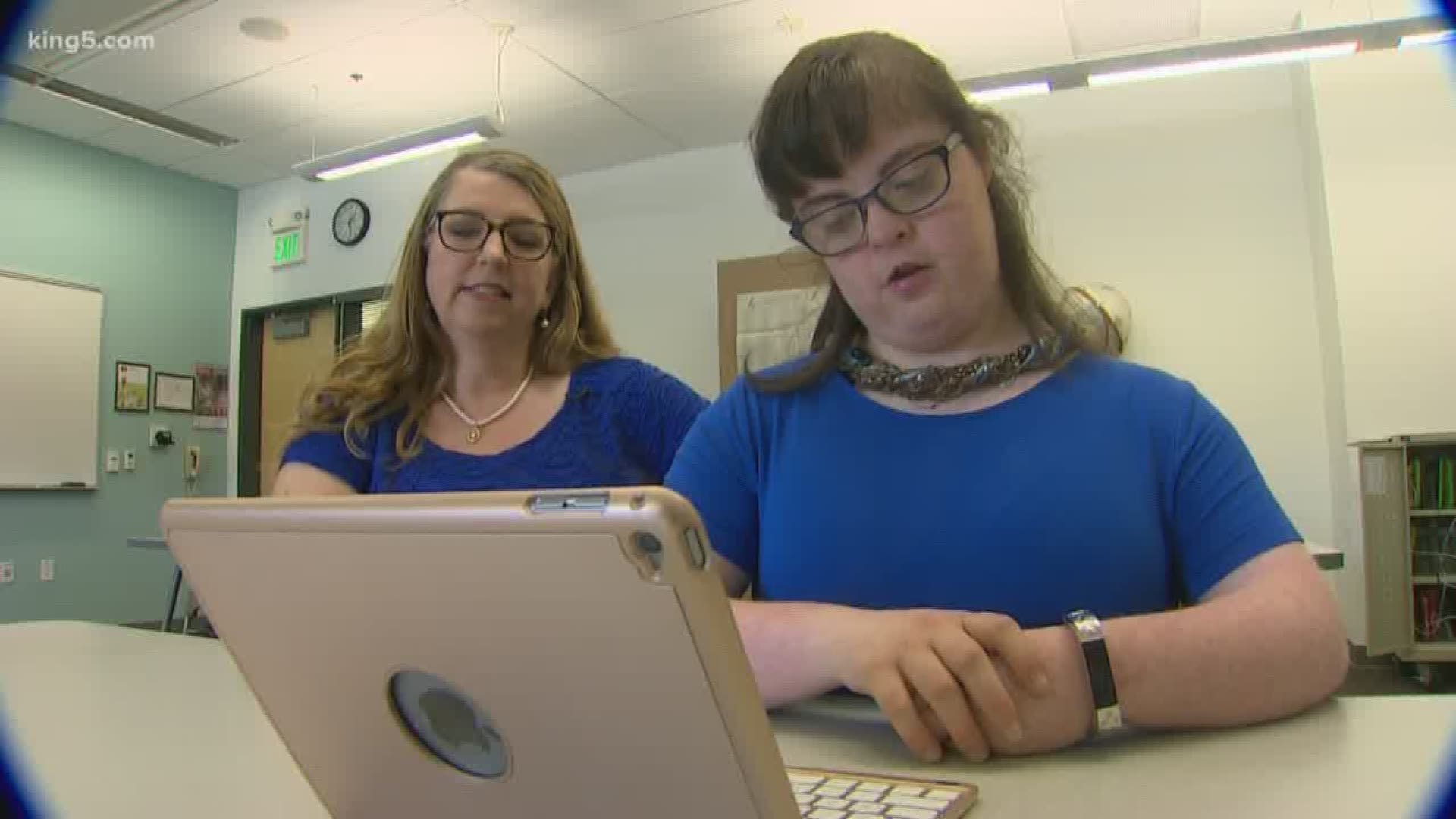