Skagit County neighbors rally to stop logging near their homes

A group of Lake Cavanaugh residents are rallying to prevent logging near their homes. They say their biggest concern is the logging could trigger a landslide. 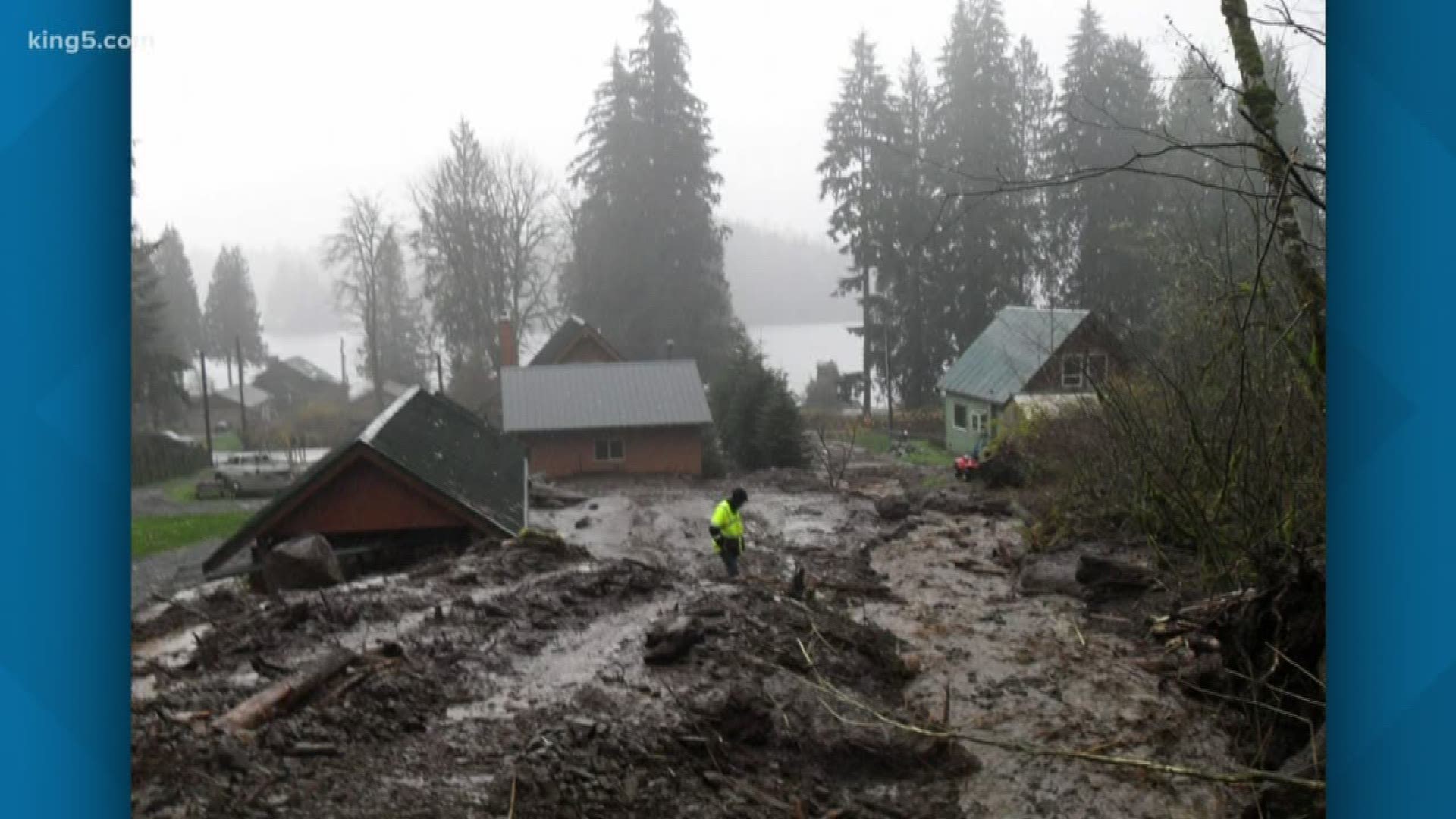 After rallying to try to stop herbicide spraying at a nearby tree farm, neighbors around Lake Cavanaugh are fighting a new battle. This time, they're trying to stop the logging of 10 acres.

Their biggest concern is a landslide on the steep ground surrounding their homes. In 2015, a landslide nearly swept down from more than 2,000 feet up.

"It deposited 30 dump truck loads of material. It totally plugged the creek. The creek was trying to go three different ways, threatening to take our houses out," explained Bruce Carlson. "I just want people to know this is what could happen, and it could be a lot worse."

The Washington State Department of Natural Resources (DNR) has 30 days from receipt of application to determine whether to approve, approve conditions, or disapprove logging. If the DNR takes no actions, it's automatically approved.

According to DNR, anything with unstable slopes is the highest priority consideration when approving a permit to log, to make sure human activity doesn't trigger a landslide.

"They looked at everything they were concerned about, did a full review," said DNR Northwest Assistant Regional Manager Jay Guthrie. "They excluded everything that was likely to be unstable."

Still, neighbors are planning to appeal.

"We're very upset. We know what happened in Oso, terrible circumstances there," said Cathy Katte. "There are about 38 structures in the direct path of where this clear cut would be."

Guthrie says the area is very different from the land that collapsed in Oso in 2014. Most importantly, the Lake Cavanaugh site is on bedrock whereas Oso was on glacial outwash.

"I'm mostly concerned that the parcels of land that are associated with this logging have seven streams on them, one of which runs right down my property," said Blake Humble. "I'm concerned with all the moisture on the hillside with logging in the area and all the trees gone."

Westside Logging, LLC is listed as the landowner on the application. KING 5 has reached out for comment but has not yet heard back.

"Most operators don't want to operate on unstable slopes because it's a risk to the public and because it's a liability for them," said DNR Deputy for Forest Practices Stephen Bernath. "Most landowners will try to avoid these features."