Washington is one of only two states in the nation that provides protections to outdoor workers. 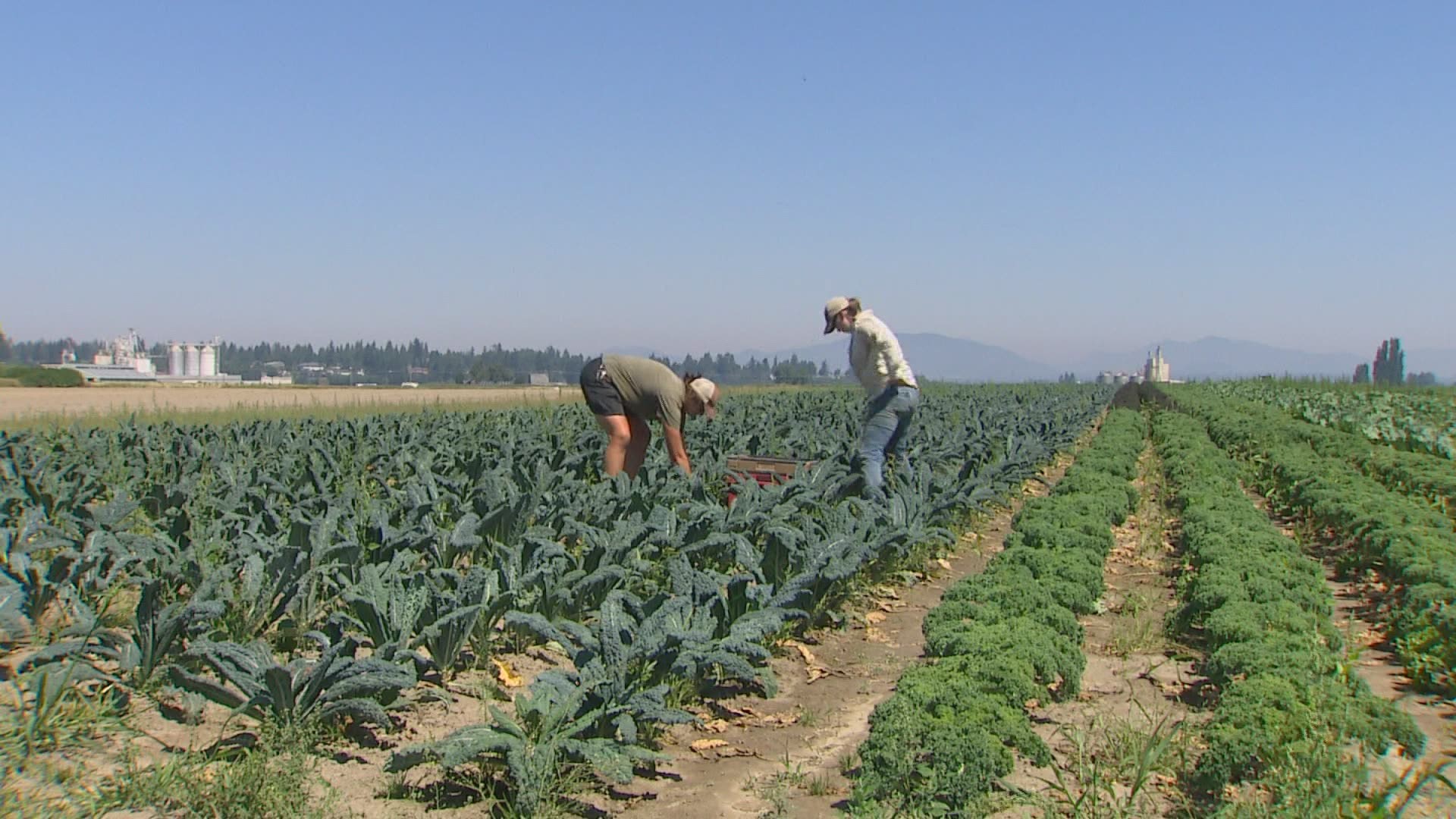 MOUNT VERNON, Wash. — While many businesses closed early Monday or even closed completely because of the record heat, some don't have that luxury. Among them are farmworkers who have to tend to their crops, no matter the season.

This is the first full summer harvest ever at Boldly Grown Farm in Mount Vernon. For the farm's first seven years, workers had exclusively planted fall and winter produce. The workers are now having to adjust not only to the summer harvest, but also the unusually high temperatures.

"It's unfortunate for our crew that they're getting hit with this,"
said farm owner Amy Frye. "It's definitely a new ball game."

Frye said she isn't worried so much about her crops wilting as she is her workers. "Orders keep coming in and people gotta eat, but we'll take a pause if needed," said Frye. "It's not more important than people's health."

While Skagit Valley is experiencing all-time high temperatures, the sunbaked fields are unforgiving and crops must be harvested on schedule, or they'll die.

To find a balance amid the historic heat wave, Frye has shifted the workday an hour earlier which will get workers out of the sun before 3 p.m.

She's also having workers spend more time under cover inside the farm's processing shed where produce is washed in refreshing water and the cooler sits at an inviting 40 degrees -- a full 62 degrees lower than the noontime temperature in town.

Washington and California are the only states with laws protecting outdoor workers in hot weather.

Among those rules: employers must have a specific heat exposure prevention plan. Annual training is required for employees and supervisors for signs of heat-related illnesses. Also, additional water and time to drink it must be provided.

Farm manager Madeline McGonagle said, on the farm, you're not just operating on nature's clock, but nature's thermometer, as well.

"If we stopped the clock whenever it was in favorable weather we probably would never get anything done," McGonagle said.

Advocates are pushing for federal legislation to provide protections to the 2.5 million farmworkers in all 50 states.

The Asuncion Valdivia Heat Illness and Fatality Prevention Act would offer similar protections as those mandated in Washington state, as well as security from employer retaliation.

Back at Boldly Grown Farm, farmers that once only worried about fall floods and early freezes are now acclimating to the mercurial challenges of summer heat.

"I think we just do our best to adapt to these circumstances," said Frye. "With climate change we're expecting these sorts of extreme conditions might be more and more common, so we'll roll with it as best we can."