Farming has never been an easy job, but drought and new protections for salmon are making it tougher. 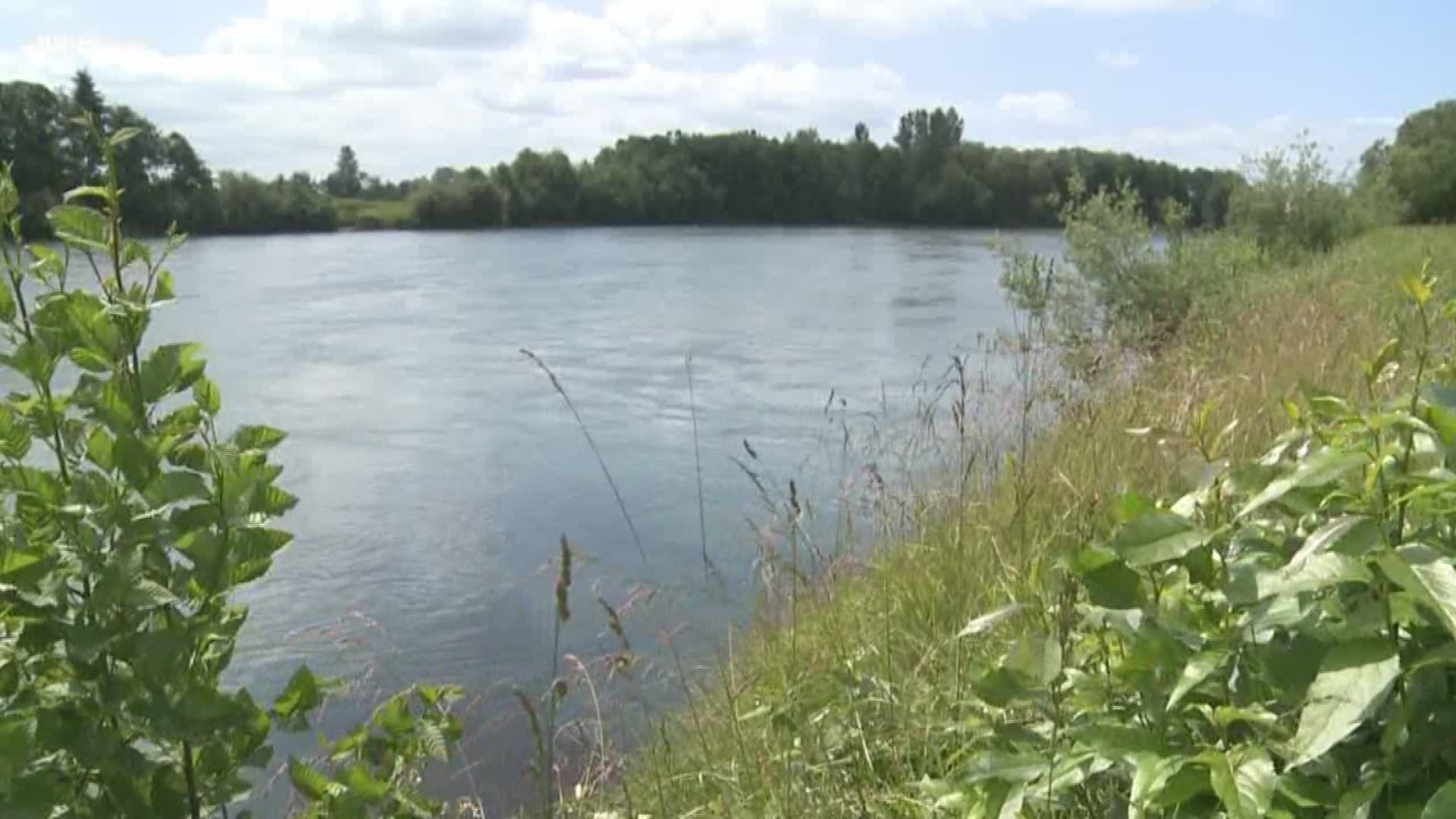 "The last six years have slowly been getting tougher and tougher to maintain a level on the river for us to pump out of," Vander Kooy said. "It’s frustrating because we have all this water here, but we can’t touch it unless it’s at a certain level."

With less rain in the summer and less snow in the winter, farmers are turning to irrigation earlier in the year. However, drought conditions are worsening as focus on salmon recovery is increasing. Between less water and more fish protections, farming is feeling a squeezed.

"The river has to maintain a certain level for us to irrigate. Right now, it is below 12,000 feet³ per second. We are actually at 10,600 right now, so we are required to turn the pump off," Vander Kooy explained. "It puts us in a tough spot because the crops are growing right now. This is the time when the roots are shallow. The top layer of the ground is dry, so the roots are deep enough or long enough to reach that moist soil down below. Irrigation right now is very crucial. It’s tough seeing all the equipment sitting still right now.

The irrigation system Vander Kooy uses serves 8,000 acres, which covers between 12 and 20 farms.

Some irrigators there are subject to the Skagit Basin instream flow rule.

Washington's water is governed by a system of rights based on seniority. Older rights are senior to newer ones. If there’s a lack of water, senior water rights holders will maintain their ability to pump while more junior water rights can be interrupted in reverse chronological order.

"An instream flow rule is like a water right for a stream. It sets a flow level that protects fish and other ecological resources in that stream. If the stream’s flow falls below that level, people with water rights issued after the rule’s adoption are subject to cutoff. Rights senior to the rule are not affected," explained Washington State Department of Ecology Spokesperson Larry Altose. "This system works at all times, not just when there’s a declared drought emergency. Most of the time it's the late summer into the fall, until the rainy season arrives, when stream flows typically may be expected to fall below that minimum level. People with water rights issued after an instream flow rule’s adoption are aware of this. It’s in the water right itself, and we send reminders."

"The river flow in 2019 is not a low as it was in 2015. We know that growers are concerned that low flows are likely to come earlier than usual this year. And we’re aware that irrigation districts are in contact with senior rights holders. This year’s drought declaration includes the Skagit Basin, and we’ll be able to provide an accelerated review of any temporary transfer of rights submitted to us," Altose said.

For Vander Kooy, it's time that the inflow rules are re-assessed. His pump is in the Skagit River delta, and he believes the rules should be different for those upstream and those near Puget Sound who are more affected by the tide.

"There is lots of water and we are only taking not even a paper width, a thin piece of paper off the top of the river. The frustrating part is that within three miles, this becomes salt water. And this river goes up-and-down with the tide it. So, it is virtually impossible for us to lower this river," Vander Kooy said. "I fully believe farms and fish can co-exist and both thrive. That's our goal. I want to see the fish thrive and I want to see my crops doing well. I fully believe we can accomplish both things."