Six months of COVID-19 vaccinations: How is Washington doing?

According to the most recent data from the health department, 64% of people 16 and older in Washington have had at least one dose of the vaccine. 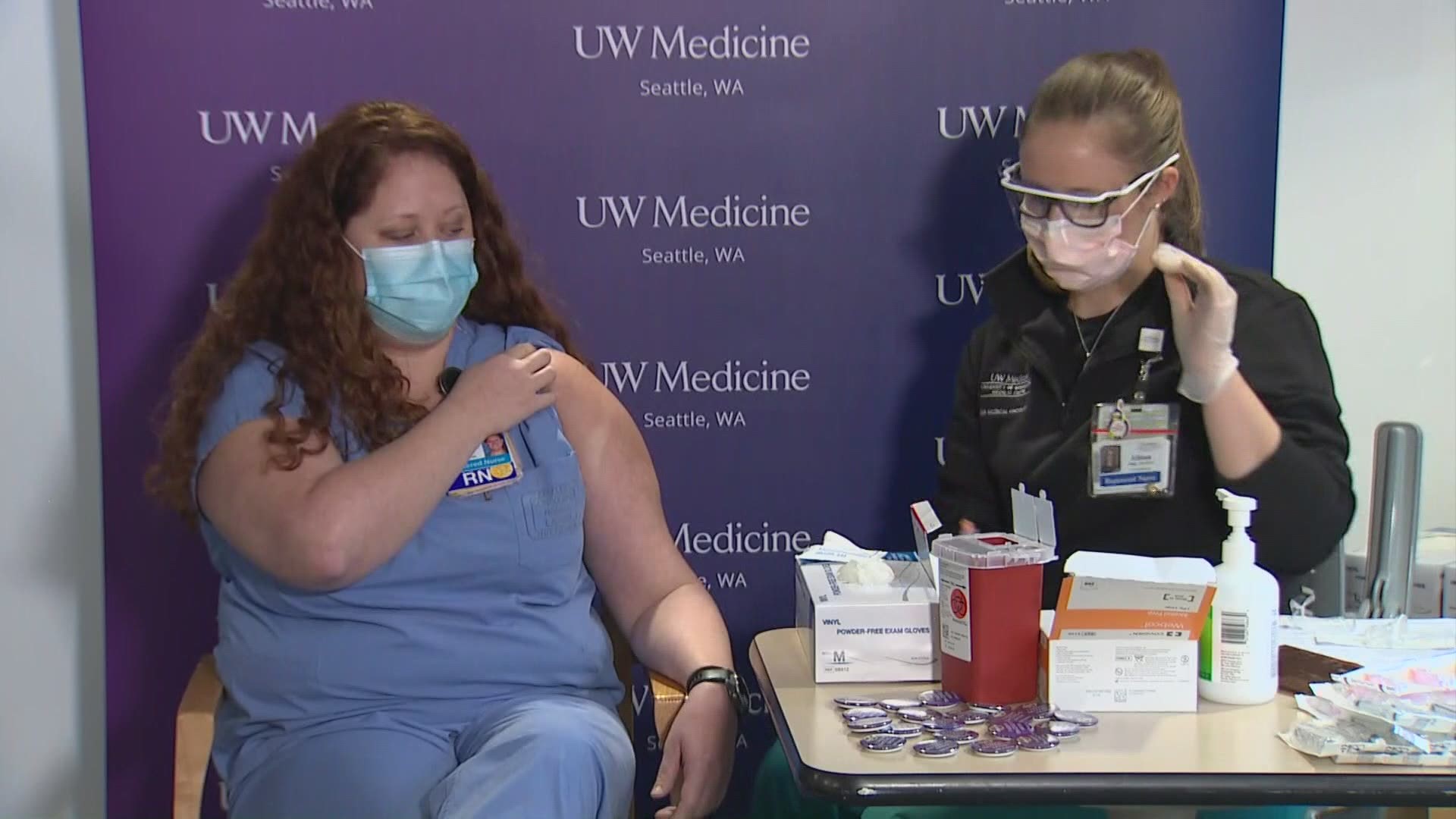 SEATTLE — Tuesday marks six months since the first COVID-19 vaccine was administered in Washington, and the state continues to inch closer and closer to fully reopening.

When the first dose in Washington was administered on Dec. 15, there was a big problem with supply. More people wanted to get the shot than there were doses available.

So, the state started administering the vaccine to long-term care facilities and health care workers.

Now, the tables have turned. There is more supply than demand and state leaders are working to incentivize people to get the shot with things like the vaccine lottery.

Sixty-four percent of people 16 and older in Washington have had at least one dose of the vaccine, according to the most recent data from the Washington Department of Health (DOH).

Dr. Larry Corey of Fred Hutch, one of the world’s top doctors in vaccine research, said Washington has done great, but that doesn’t mean it’s time to relax.

“This is a vaccine-preventable disease. You shouldn't die of COVID if you got vaccinated. So, let's try and get to the point where we really have no deaths in our state,” said Corey. “But I'm pretty proud of our city, and I think we're going to pay dividends with respect to the issue of getting back to what we hope was normalcy.”

Gov. Jay Inslee set June 30 as the date Washington will fully reopen contingent on the population reaching 70% of people 16 and older having at least one dose of the vaccine.

Corey is wary of that 70% goal due to variants.

“I honestly believe to get full control of this, you know, we're going to have to be in the mid-80s," said Corey. "The virus is going to be with us. It shows a lot of adaptability. We have more mutations yet to see that will come out from the lack of coverage globally."

Corey said the next hurdle in the fight against COVID-19 is pediatric vaccinations.

He is meeting with the Centers for Disease Control and Prevention advisory committee this week to discuss COVID-19 in children and what needs to happen next.