Real-life sisters performing together in Seattle Opera's run of 'Cinderella'

Having real-life sisters play Cinderella and the Evil Step-Sister brings unique chemistry to the classic story. 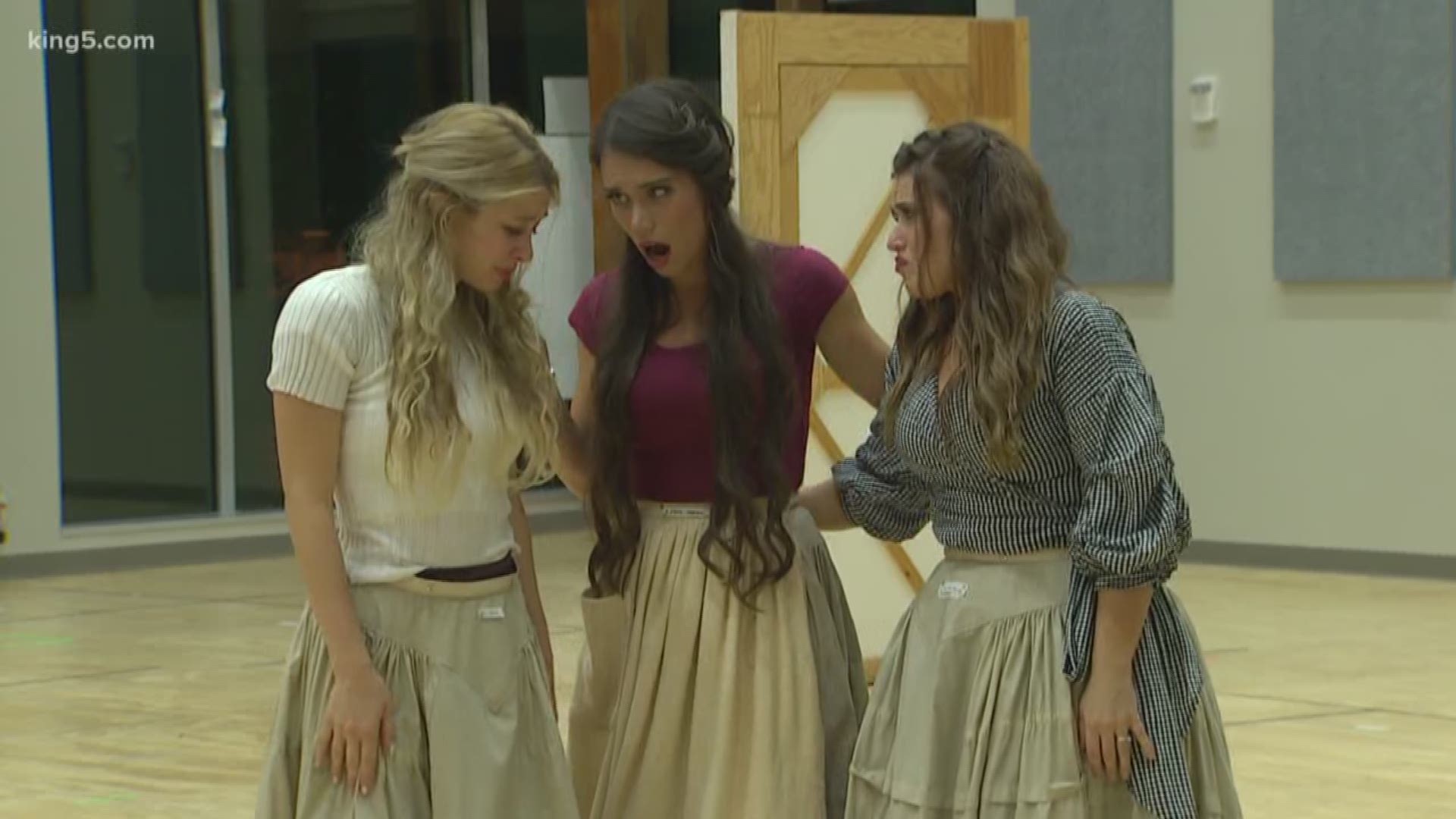 SEATTLE — Seattle is home to one of the country's most elite opera companies and in two weeks, their next show, 'Cinderella,' opens at McCaw Hall.

The story is already a classic, but the show at McCaw Hall will have two special performers who give unique chemistry to the main roles.

Real-life sisters Ginger Costa-Jackson and Miriam Costa-Jackson will be singing the roles of Cinderella and Clorinda, also known as “the Evil Step-sister.”

The girls have been performing together since they were growing up in Utah with their Sicilian mother who loved opera.

"She always had the three tenors playing, Maria Callas and she would say 'girls, go clean to the rhythm of the music,'” Miriam said.

At some point, opera clicked for them and at age 12, Miriam was begging for lessons. By middle school, they had moved to Italy to train.

“That's our dream. We go from singing together in the kitchen of our home as little girls to singing on the major opera stages of the world, and that's what we've always wanted,” Ginger said.

The third Costa-Jackson sister, Marina, is also a professional opera singer. Each performs with operas around the world but the trio is planning a special show on Nov. 2 at McCaw Hall.

Ginger said she’s heading to Europe next but couldn’t pass on the chance to play Cinderella for the first time with her sister.

“As opera singers, you go from place to place two months here, two months there and you're always alone,” she explained. “You go back to a hotel room by yourself now I get to go with my sister.”

Miriam admitted there is a bit of type-casting in their role selection: "it's the first time being able to have that sort of family-feel on stage and re-live my teenage horribleness to her.”

Both girls believe being on stage together elevates their performances.

“There's nothing that inspires or moves me more than seeing my sisters perform,” Miriam explained. “So to be five feet away and seeing her act on stage, there's been several moments where I just start weeping because she's so wonderful and I love her so much.”

Ginger said looking into her own sister’s eyes makes some of the more emotional parts of the performance come easier especially at the finale when Cinderella decides to forgive her step-sister.

“When your dreams finally come true and that Cinderella moment happens when you can be with your sisters performing the roles that you love and the music you want. We feel very blessed,” Ginger said.

More information on the opera can be found here.