The Pierce County Sheriff’s Department honored Deputy Daniel McCartney a year after he was killed in the line of duty. The department’s shooting range was dedicated to McCartney and a memorial was unveiled during a ceremony. 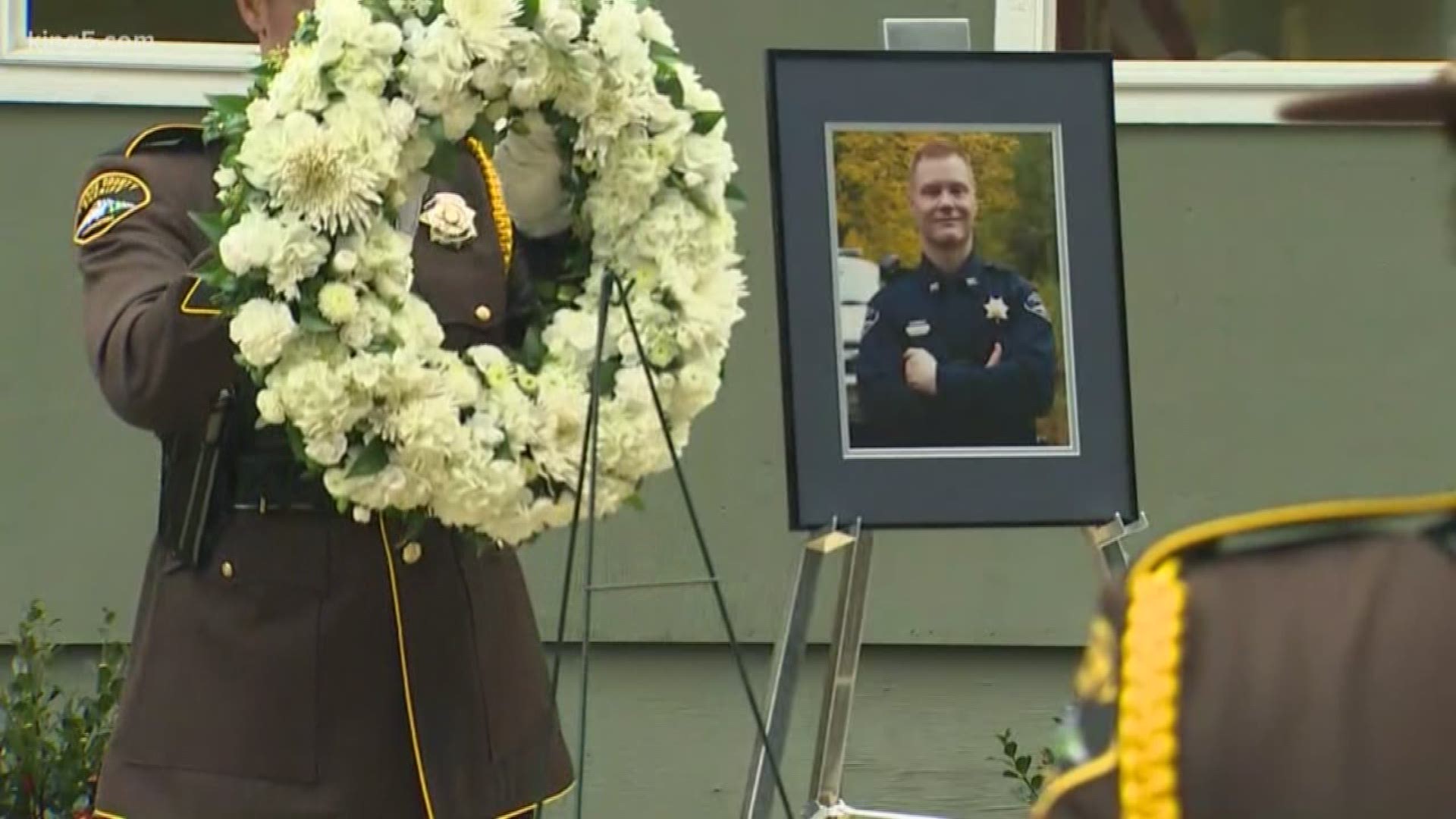 Pierce County Deputy Daniel McCartney was honored at the Sheriff’s Department Range Tuesday, a year after he was killed responding to a home invasion call near Spanaway.

Deputy McCartney’s family, along with his fellow brothers and sisters in blue, gathered for a ceremony to dedicate the range as the "Deputy Daniel McCartney Firearms Training Center.”

“We mourn Dan and make this dedication because of the way he stood beside us, the way he did his work, the way in which he helped us to be stronger and better,” said Sheriff Paul Pastor. “The dedication that we are doing here today at the Pierce County Sheriff’s Range helps us to remember Dan and remember his example.”

“Dan’s passion for the job made him a great deputy, but we all know his love for his family and his friends made him a great man,” said Pierce County Sheriff’s Sergeant Chris Adamson. “When he fell that night, we lost a true hero, but take faith that he’s now an angel and protecting us all.”

In August, 32-year-old Frank Pawul was sentenced to life in prison without parole for the shooting death of Deputy McCartney.