A man who was shot in a stairwell at Westlake Center in downtown Seattle has died from his injuries. 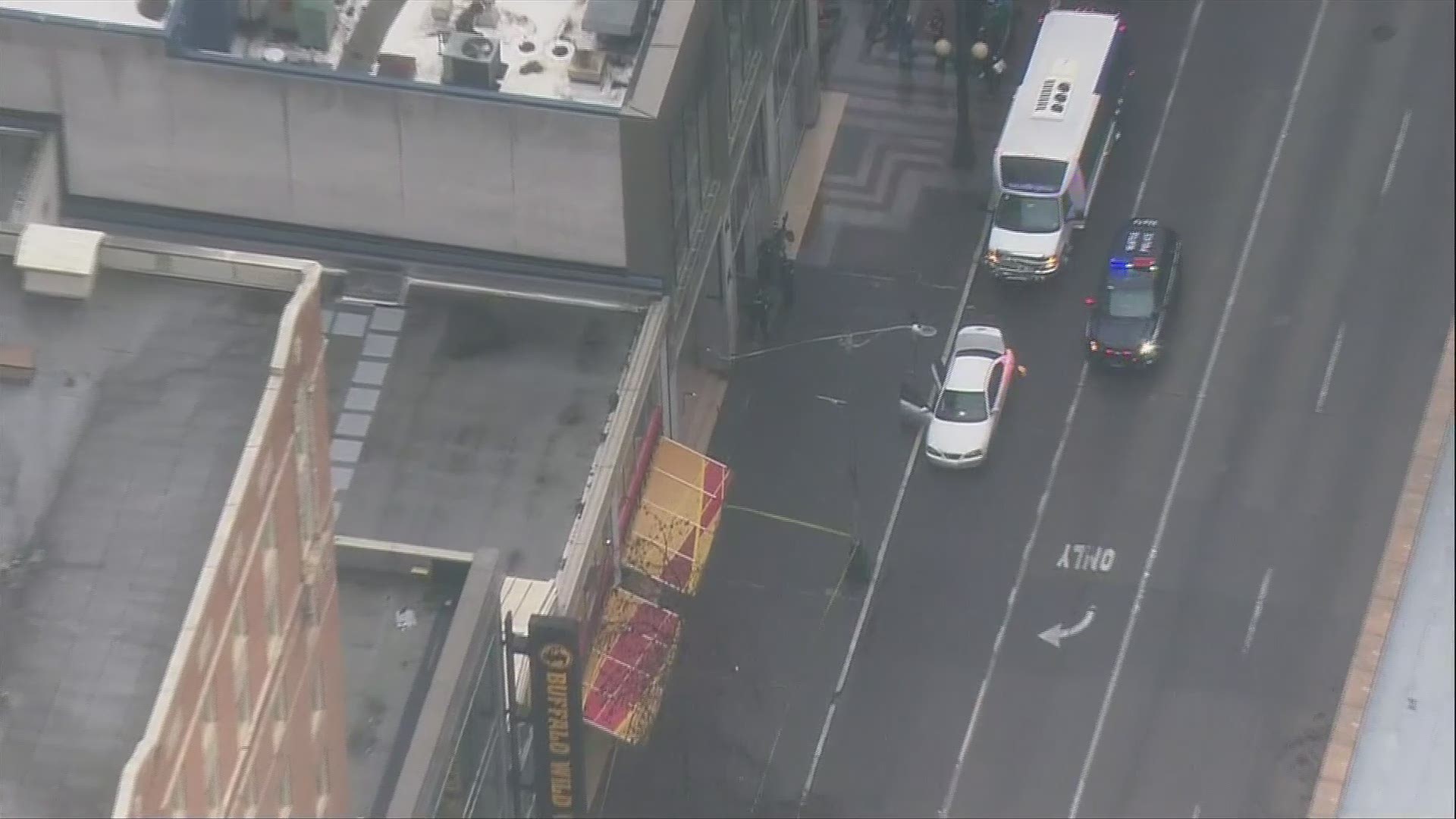 SEATTLE — Seattle police are investigating a deadly shooting near the busy Westlake Center in downtown Seattle on Tuesday afternoon.

A 55-year-old man was found shot in a stairwell at an entrance to the shopping center.

He was taken to Harborview Medical Center in critical condition. He later died from his injuries.

There are no suspects in custody.

The shooting happened around 3:45 p.m. Tuesday in the 1600 block of 4th Avenue. Officers and K9 units searched the area and investigating the circumstances on the shooting.

The Seattle Center Monorail was out of service due to safety concerns near Westlake Center, and the mall was partially evacuated as a precaution.

Detectives from the Homicide Unit and Gang Unit will handle the follow-up investigation.

If you have any information, please contact the Seattle Police Department at 206-233-5000.