Suspect at large after shooting and crash at Puyallup McDonald's

Puyallup Police are investigating a shooting after two cars crashed into each other and one car hit a McDonald's. One suspect is at large. 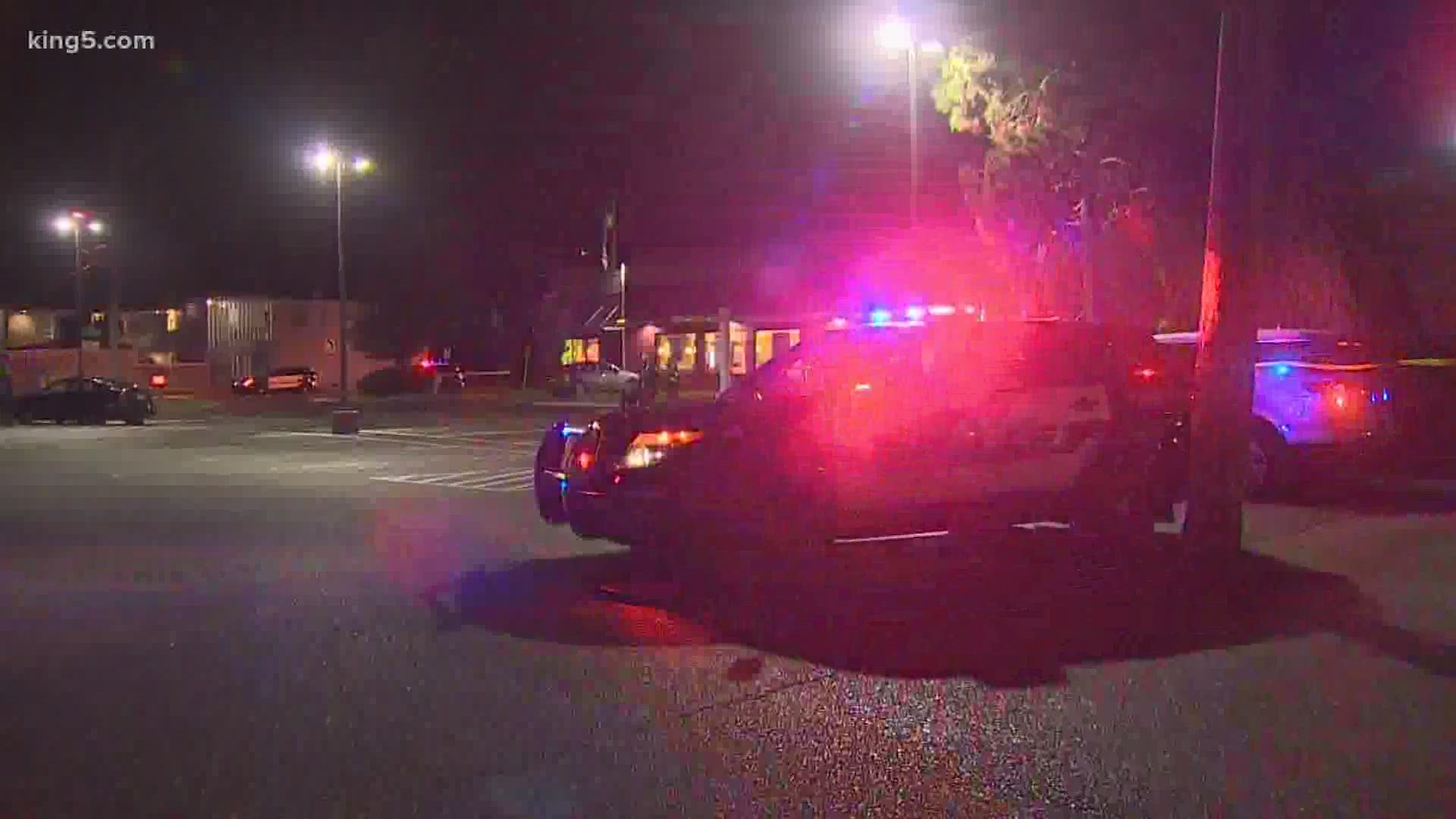 Puyallup police are searching for a suspect after a crash and shooting at a McDonald's late Tuesday night.

Officers responded to a reported fight in progress at the downtown McDonald's on 2nd Street NE around 9:25 p.m. As officers were on the way to the scene, police said the call was upgraded to a shots fired call.

According to the Puyallup Police Department, a 30-year-old man went to the McDonald's specifically to confront someone who allegedly assaulted his female friend.

The suspect intentionally rammed his car into another vehicle, occupied by the person he intended to confront, according to police. When the cars rammed together, one slammed into the McDonald's building.

The suspect got out of his car after intentionally ramming it into another and started hitting the other occupants a crowbar, police said.

One of the people in the car that was struck pulled out a rifle and started shooting, police said. One person was shot and was transported to an area hospital with non-life-threatening injuries. Another person was sent to the hospital for a head injury from the crowbar assault.

The 30-year-old suspect abandoned their vehicle and fled on foot. A firearm was recovered at the scene.

Police have identified the suspect accused of instigating the incident initially, but they have not located him or brought him into custody.

We are at the scene of a shooting at the downtown McDonalds on 2 ST NE. The bypass is currently closed. Detectives are en route to the scene. Officers still trying to determine what exactly happened as two cars also smashed into each other and one crashed into the McDonalds. pic.twitter.com/3vbqqjAnp4