Shoe policy almost kept a high school senior from walking at graduation, but a teacher stepped in 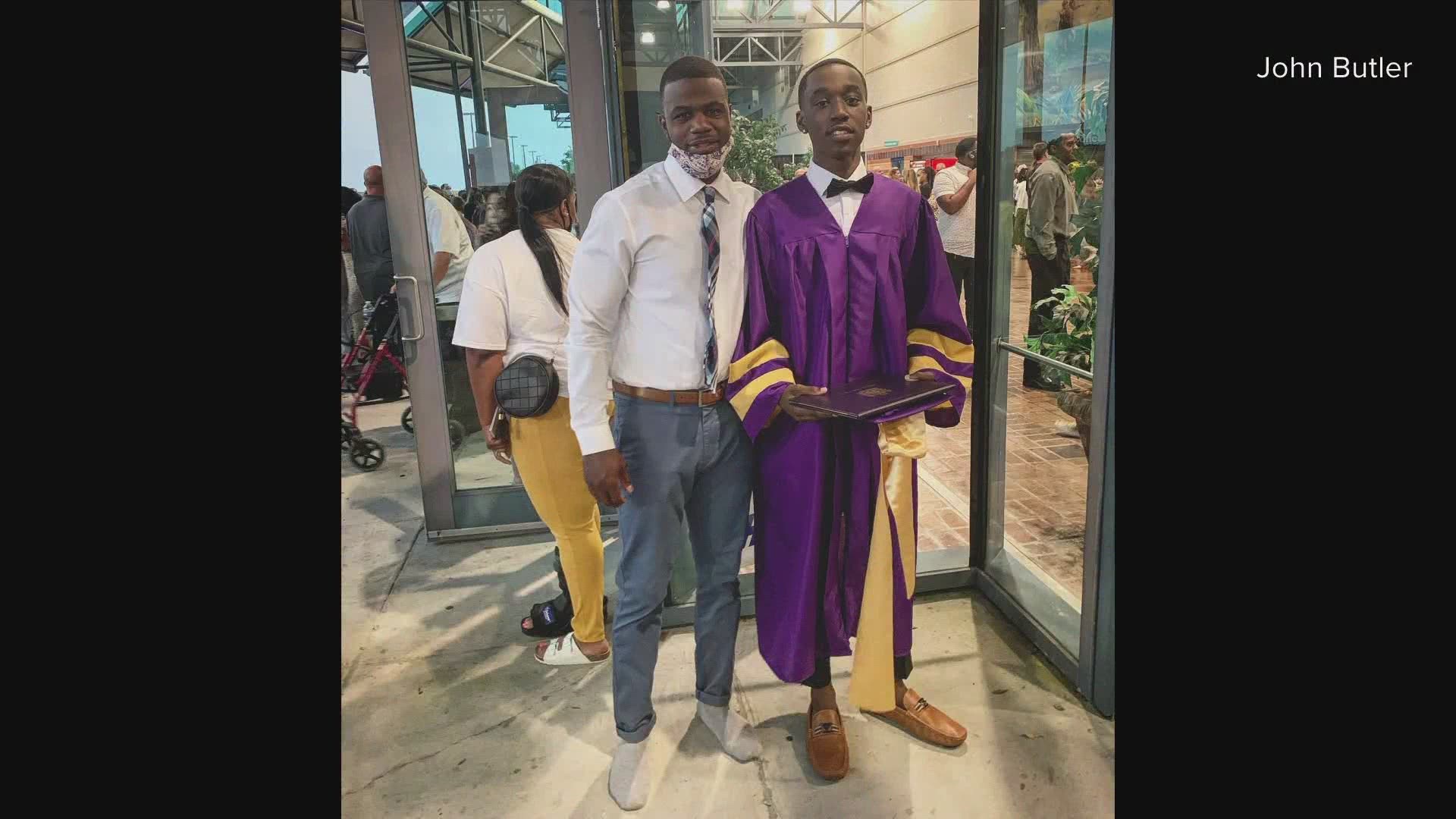 HAHNVILLE, La. — A Hahnville High School student almost couldn't graduate because of the shoes he was wearing. A teacher though, stepped in to help with a small act of kindness that will never be forgotten.

"I remember when my brother walked across the stage and the smile on his face and I couldn't wait until I do it," Daverius Peters said.

The moment Peters had waited years for, almost didn't happen.

"I felt humiliated, shame, words can't describe how I felt," the 18-year-old said. "She just said you can't wear them. That's all she said, not the reason."

Peters was wearing a pair of brand new, leather shoes for his high school graduation when he says a school employee at the door told him the shoes he had on weren't allowed and wouldn't let him inside.

"It was these, Alexander McQueen," Peters said, holding up the shoe. "They are black and white, they said you have to wear black colored, dark-colored shoes. She closed the door, she just closed it on my face."

"For you to close the door on a young man, a person regardless of his race, his color, his gender, it does not matter but for you to close a door on a person when they're trying to get an explanation as to why they can't proceed or do something, that's just sad," said Peters' mother, Jima Smith.

Wanting nothing more than to get his diploma, Peters' former teacher, John Butler, stepped in.

"I saw him, went to talk to him and well he said he had a solution, that I put on his shoes," Peters said. "Well, his shoes are two sizes bigger. I wear a 9, he wears an 11, so they felt like slippers. I was asking him, your daughter is graduating also with me, how are you going to watch her? He said I'm walking in with no shoes."

Two sizes too big, Peters put them on. The two then captured the moment with a photo that has since gone viral.

The two went inside and Peters was able to graduate. When it came time for him to walk across the stage, Peters' family, unaware of what had happened, didn't even realize it was him. They were looking for someone with black-colored shoes on and were thrown off by the brown-colored shoes.

"We didn't think that was Daverius. When we looked up he was sliding across the stage and I was like I missed it," Smith said. "Then a light bulb went off and where are his shoes? Whose shoes does he have on?"

Thinking back on the celebration, Smith says she remembers her older son saw a man without shoes on inside but didn't two and two together until after the ceremony.

"My son said dad look at this crazy man at graduation with no shoes on," she remembers. "That crazy man was the guy who took off his shoes for [Daverius] to walk across the stage and that speaks volumes to the type of man he is."

"I was just happy that I was able to walk across the stage even though I was sliding," Peters said chuckling. "Everybody was laughing because they knew I was sliding."

Despite the laughs, Peters learned a valuable lesson that day, in kindness.

"He was willing to take off his shoes and let me walk across, so you can't ask for no one better than that," Peters said.

And the family will always remember Mr. Butler, who put his best foot forward to save graduation.

“When we have an opportunity to make improvements to current policies, procedures, guidelines, practices, etc., we act on it and as such, will be revising the graduation dress code. We appreciate this being brought to our attention so we can continue our work towards more inclusive and equitable practices. We applaud Mr. Butler for his kind gesture and selfless act. We have spoken to the graduate’s family and Mr. Butler to inform them of our commitment to implementing a new dress code based upon input and feedback received from various stakeholder groups including students, parents and employees.”