The delays are due to continuing backups to unload cargo ships at West Coast ports, including in Seattle and Tacoma. 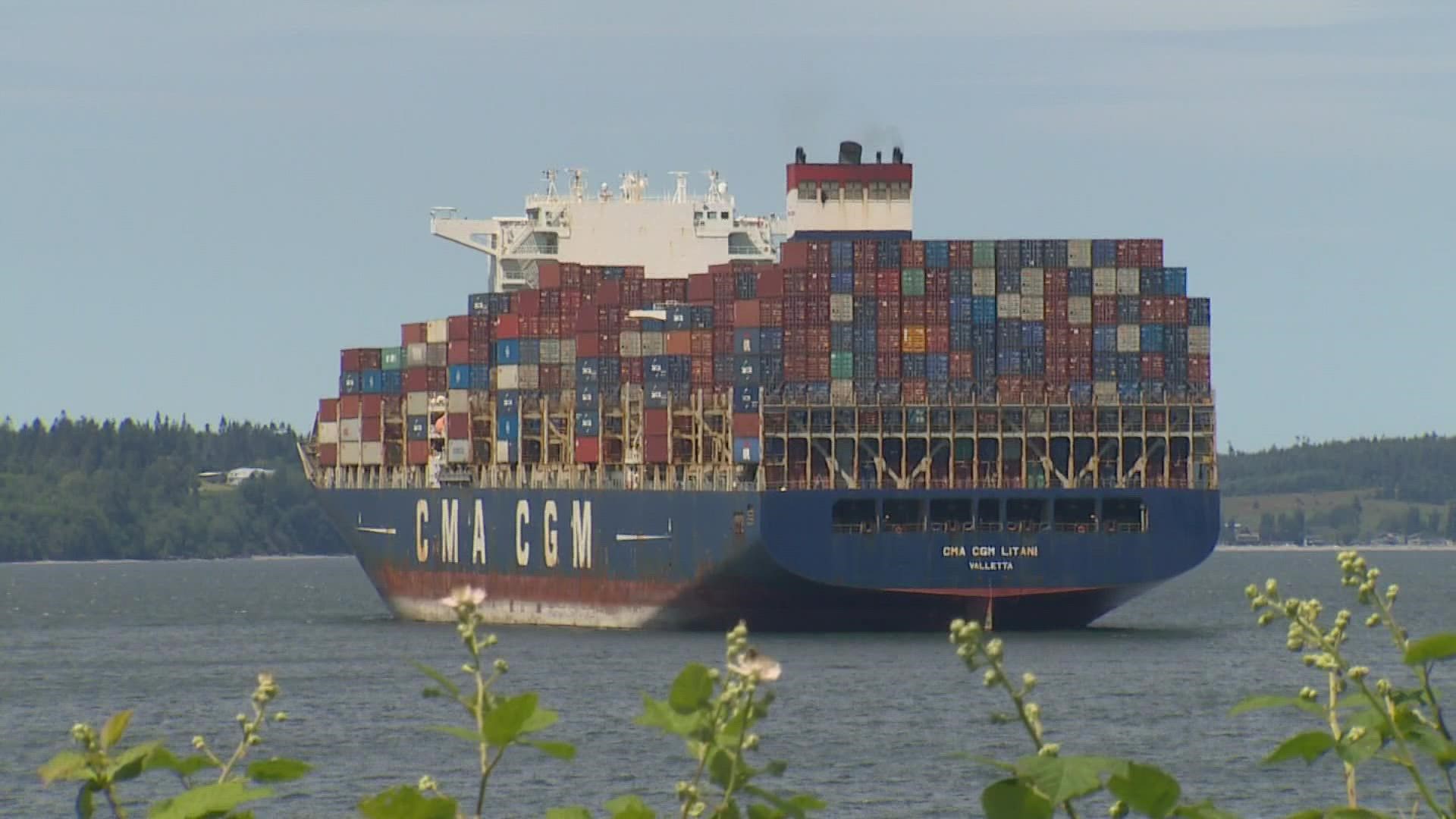 SEATTLE — You may not find everything you want for Christmas this year, or at least you’ll wait a bit longer to get some things, as shipping delays continue up and down the West Coast.

The delays are due to ongoing backups to unload cargo ships at West Coast ports, including the Northwest Seaport Alliance, which operates the cargo portions of the ports of Seattle and Tacoma.

Ships that arrive in the inland waters of Puget Sound are finding themselves anchored from seven to 10 days before they can tie up and offload, and that’s on top of delays they may have already experienced at a previous stop, such as the ports of Los Angeles and Long Beach.

“Then once they’re unloaded, there is some delay in getting onto rail cars or onto trucks, simply because every part of our system is being challenged with this large import demand that we’re seeing,” said Melanie Stambaugh with the Northwest Seaport Alliance.

The situation has been building about a year, in part because of increased demand on imports due to the coronavirus pandemic.

Retailers said they knew problems were coming, as did manufacturers. Those who could stepped up production to get products out the door in August, rather than wait for the more traditional months of September and October, when much of the rush for Christmas-related imports is in full swing.

“I think everybody is aware of the congestion problem challenging the West Coast ports,” said Stambaugh.

But it's not just Christmas merchandise that's impacted.

Greg Whittaker, who owns Mountain to Sound Outfitters in West Seattle, said the suppliers of skis, snowboards and other winter sports gear were notifying him in July that they were working on plans to get product to him on time.

Whittaker said he's expecting to have 70% of his inventory in stock for the upcoming ski season, but is concerned that as much as 30% could be delayed by an extra two or three weeks. Whittaker said those delays could be very specific, such as certain items that come in a variety of sizes, more than broad categories of products.

One issue driving the problem is that there is a shortage of containers in Asia.

Containers in the U.S. are often shipped back empty, instead of being made available to ship more U.S. exports. The Seaport Alliance said in some cases too many containers are backed up on docks and in terminals and can’t be put onto trains heading to inland distribution cities in the Midwest quickly enough. That is one reason why many ships have to lay at anchor waiting to come in.

The Seaport Alliance is expecting the situation may resolve itself around the end of 2021.