Marijuana facility destroyed in massive fire at Port of Shelton

The three-alarm fire at the Port of Shelton burned a marijuana manufacturing facility Tuesday night. No injuries were reported. 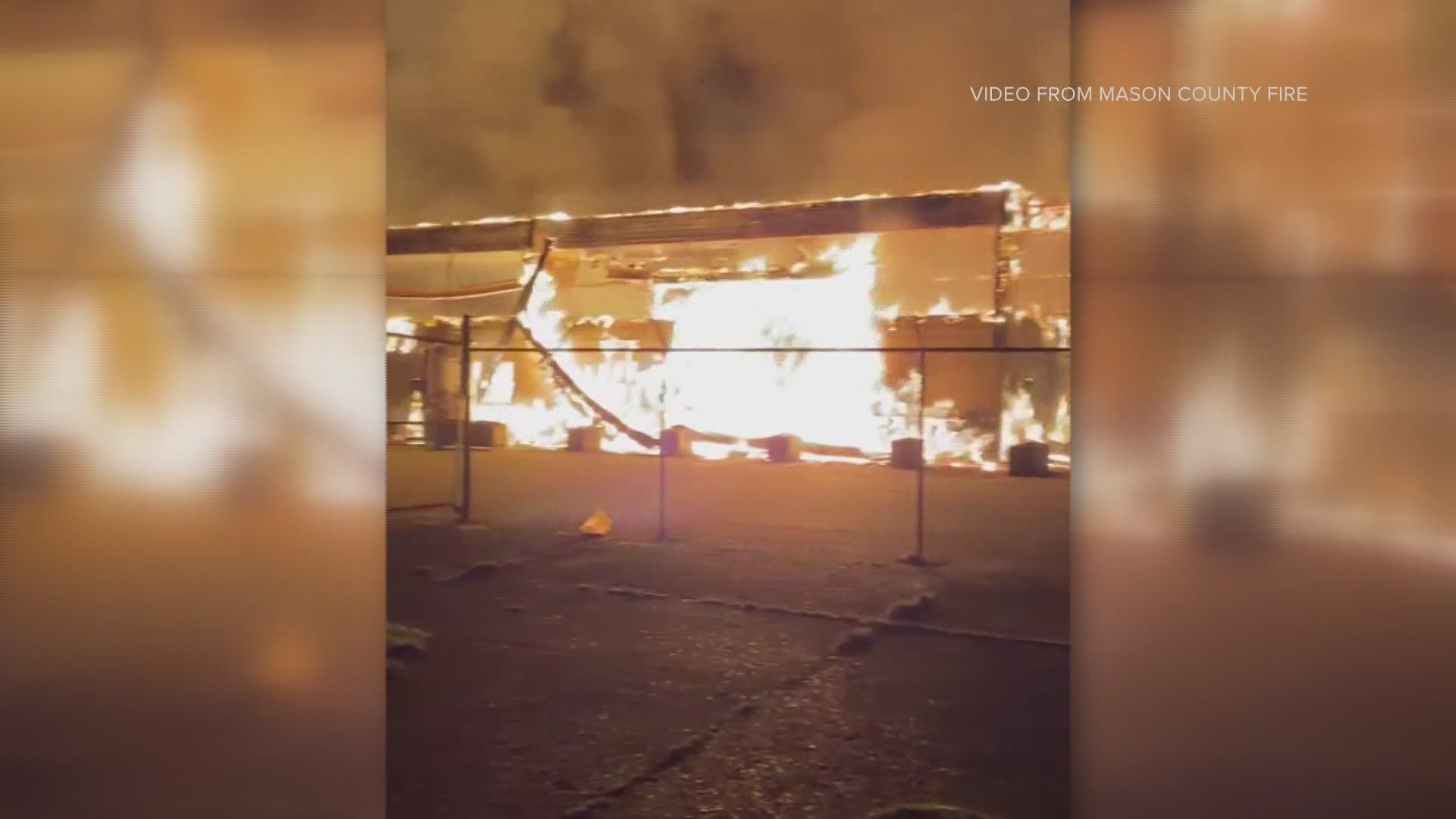 SHELTON, Wash — Fire destroyed a commercial building at the Port of Shelton Tuesday night. The business has produced and distributed marijuana from the facility since 2015.

Crews were dispatched to the fire at 9:14 p.m. and took a defensive attack, according to Mason County Fire District 11. It was quickly upgraded to a 3-alarm fire, and crews called for support from six Mason County fire districts, and eight Mason and Thurston county agencies.

When crews arrived, flames were shooting out through the roof of the building. Firefighters contained the fire to the initial building and protected surrounding structures, according to the fire district.

There were no injuries.

The building is home to Rogue Raven Farms, a marijuana producer and distributor. The company grows and processes its product on-site. Port officials said the business has leased the building since 2015 and employs nearly 40 people. 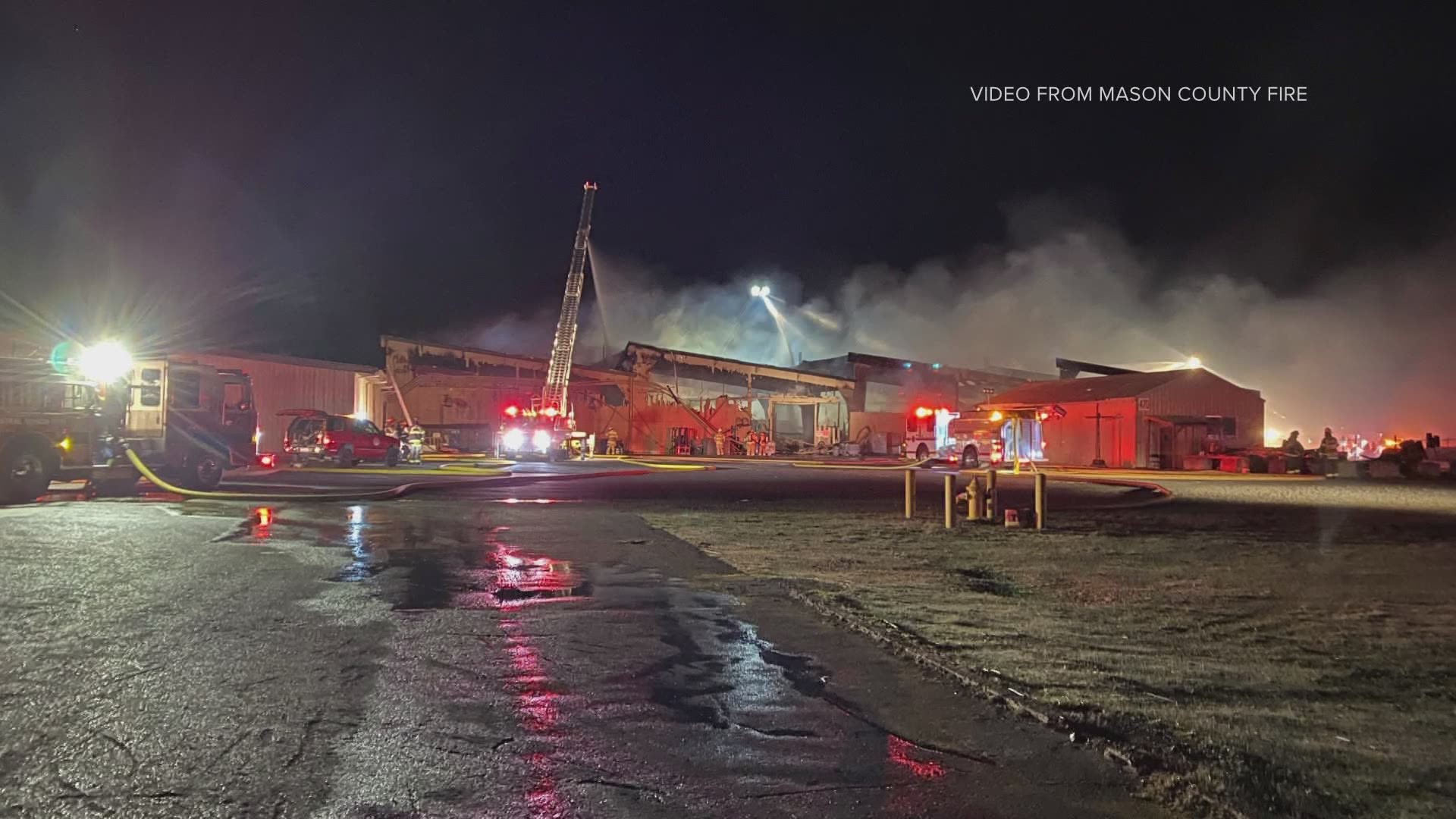 "I've talked to the owners, and I've talked to some of the workers," said Wendy Smith, the port's executive director. "We're hooking them up locally with our economic development council and workforce development to get the employees jobs, give them unemployment, whatever we can do to serve their needs."

She hopes this will help them land on their feet.

Fire officials said Wednesday that the building is a total loss. Smith adds that with it, a piece of history is gone too: they called it the "sawtooth building" because of the jagged peaked roof. The building dates back to the 1940s, when it was a Navy base.

"It's really hard to think about the building not being there, so seeing it in flames was really disappointing," Smith said.

The facility is part of a strip of industrial buildings that the port leases, near the small airport.

"They want to, so we just hope that's all ironed out," Smith said.

Credit: Mason County Fire District 11
A manufacturing facility was engulfed in flames during a fire at the Port of Shelton on April 13, 2021.