Gebbers Farms Operations in Brewster was facing fines totaling more than $2 million from Washington state regulators after an investigation into the workers' deaths. 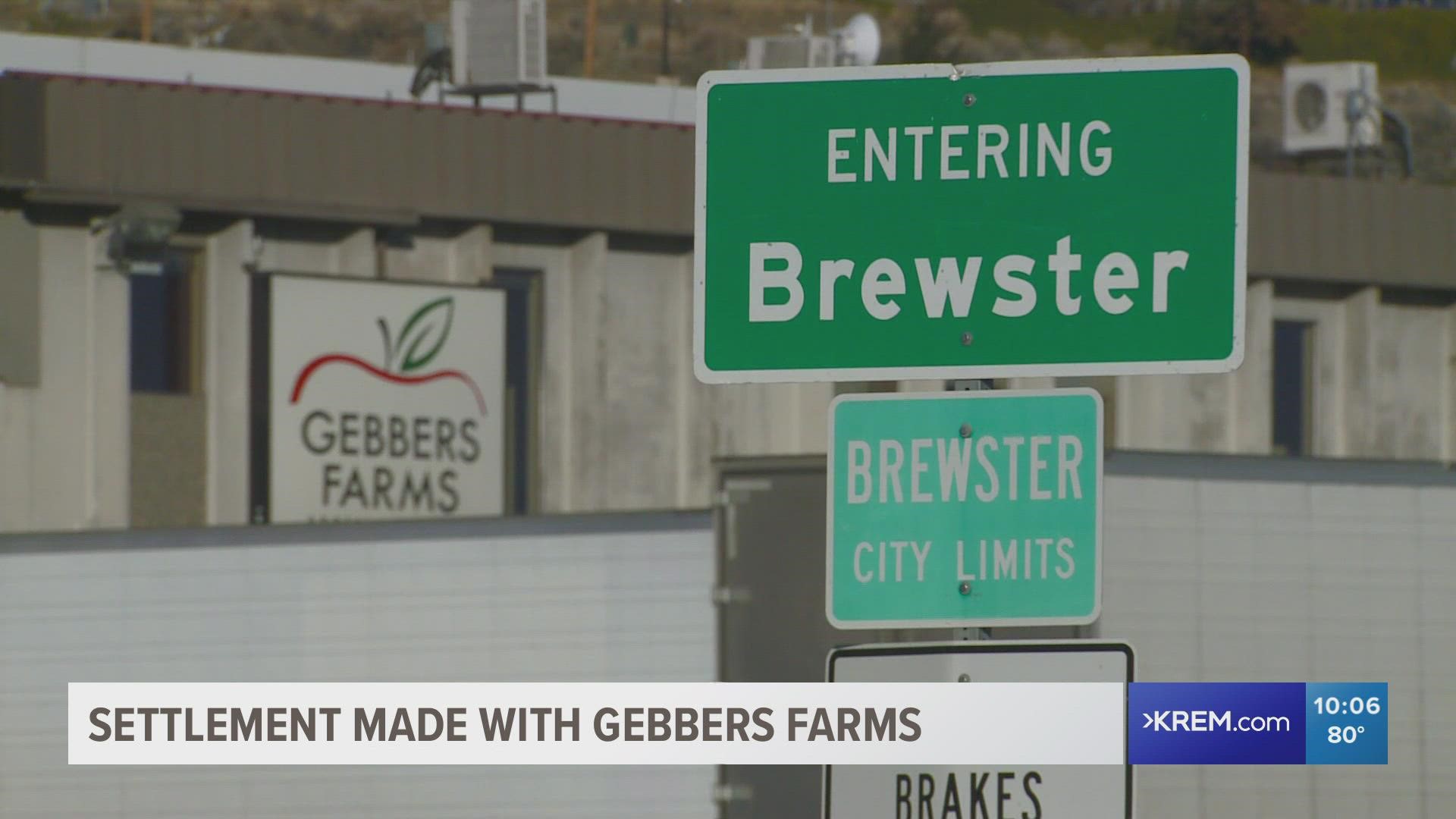 BREWSTER, Wash. — The Washington State Department of Labor and Industries (L&I) has reached a settlement with Gebbers Farms Operations.

Previously, the farming company in Brewster, which is located in Okanogan County, was facing fines totaling more than $2 million from Washington state regulators after an investigation into the COVID-19 deaths of two workers.

L&I said that its investigation found "dozens of health and safety violations" committed by Gebbers Farm Operations. The company was facing a fine of $2,038,200, one of the largest workplace safety and health fines in state history, according to L&I.

Under the new agreement, Gebber Farms will spend more than $2 million in improving housing, quality of life, safety, and access to healthcare for workers and families.

Two workers also died from coronavirus while living at the farm. Gebbers also had six other violations, including not reporting a death.

In the terms of the settlement, the nearly $2 million must be spent to improve the well being of workers including:

If Gebbers follows all of the actions outlined in the settlement, the fine would be reduced to $10,000.