Abby Cadabby and Nina sang and danced for the younger patients at Madigan Army Medical Center before their show on Saturday. 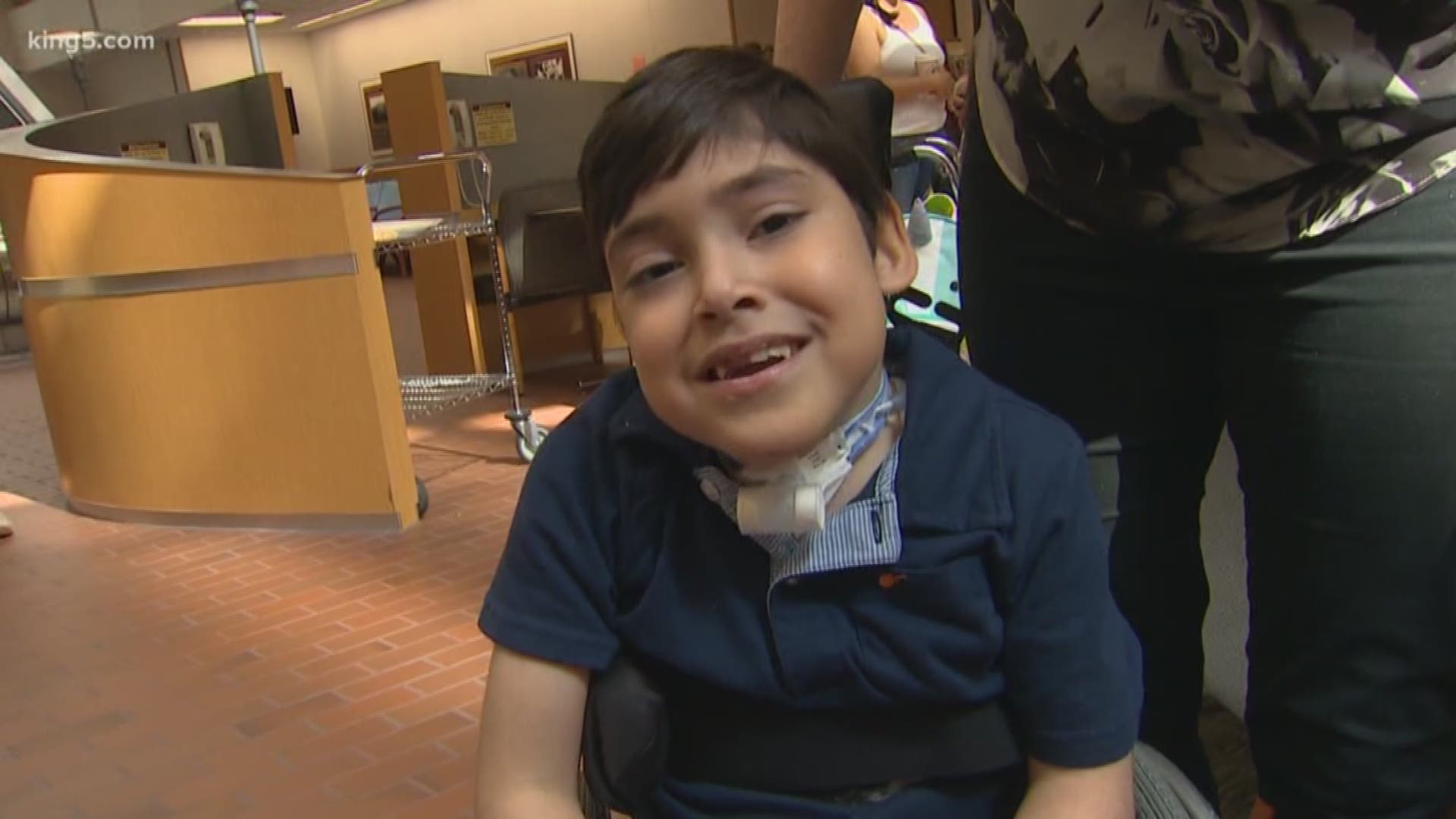 The youngest patients at the Madigan Army Medical Center finally had a hospital appointment to look forward to Friday morning.

Sesame Street cast members paid a visit to the military hospital on Joint Base Lewis-McChord.

Muppet fairy "Abby Cadabby" and "Nina" sang and danced for patients and later toured the hospital’s pediatric and newborn units.

Katy and Fernando Aguirre's son Ethan is a regular patient at Madigan. He has spina bifida, which has paralyzed him from the chest down and prevents him from talking.

Ethan didn’t need to say anything to show his approval following the half-hour show and hug from Abby Cadabby.

He was all smiles and flashed a "thumbs-up."

Fernando Aguirre said after having so many traumatic visits to the hospital, Ethan now has a nice memory at Madigan.

"Things like this help him and other patients be more open to come in here," said Aguirre.

Friday’s visit was the cast's first to a hospital and first time they’ve visited a military base.

“We’re so honored the military families are so strong and invited us to be part of their family,” said Abby Caddaby puppeteer Leslie Carrera-Rudolph.

They will be performing at Lincoln Park on Saturday.