WSP said a semi truck crashed into a jersey barrier just before midnight, causing a chain reaction crash that closed both directions of I-5. 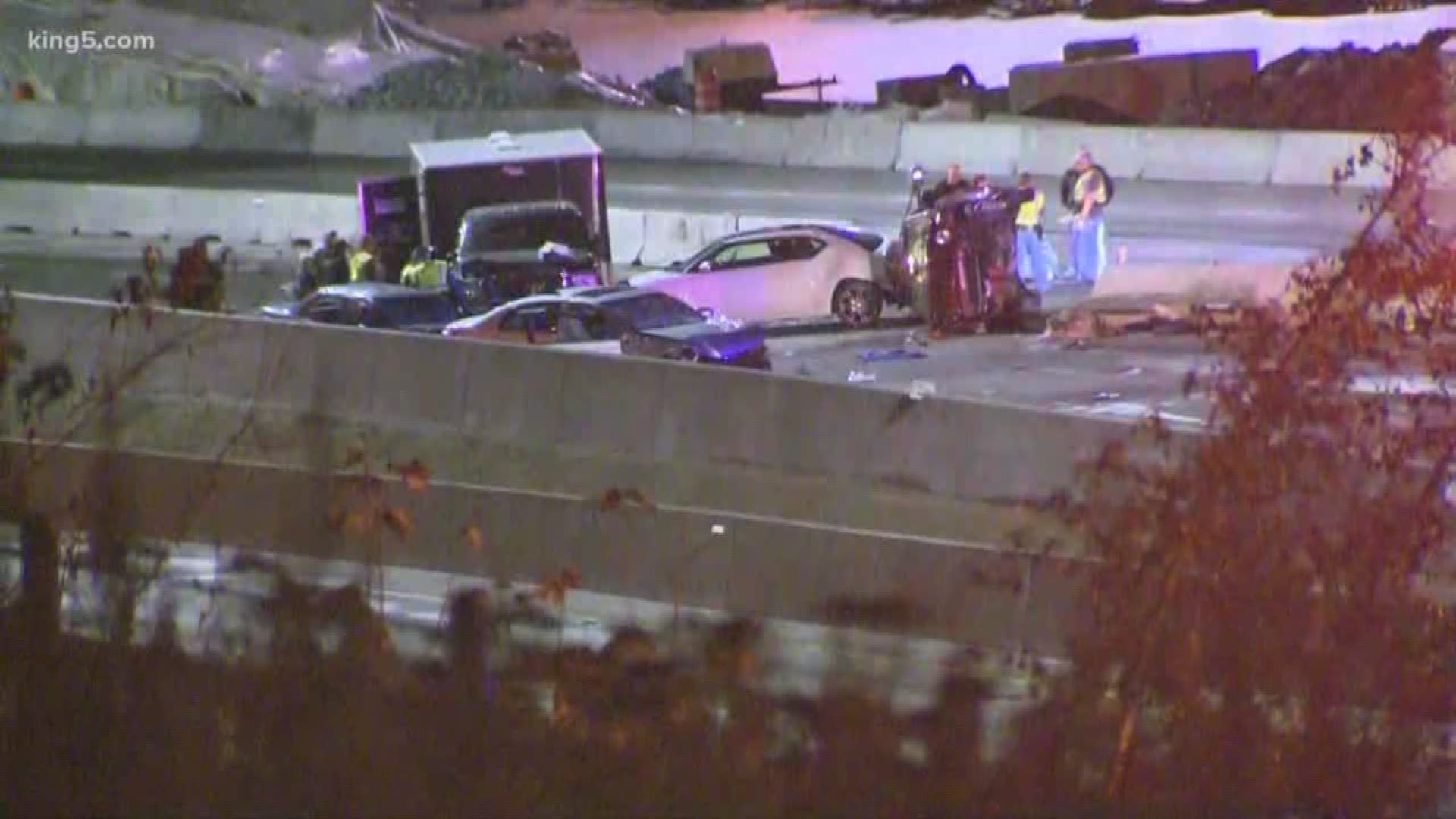 Six people were taken to a nearby hospital after a semi-truck crashed into jersey barriers along Interstate 5 in Tacoma Sunday night. Both directions of traffic were closed for nearly six hours.

The Washington Department of Transportation (WSDOT) worked overnight to clear debris and reopen all lanes by Monday morning's rush hour.

All lanes reopened shortly before 6 a.m.

The crash occurred on I-5 near State Route 16. Crews rerouted traffic through collector-distributor lanes for much of the morning.

A semi-truck traveling southbound crashed into jersey barriers just before midnight, pushing the barriers into the northbound lanes. The truck spilled an unknown amount of diesel onto the roadway.

One of the injured occupants was taken to the intensive care unit.

Trooper Johnna Batiste said the semi driver was not impaired and will likely not face criminal charges. 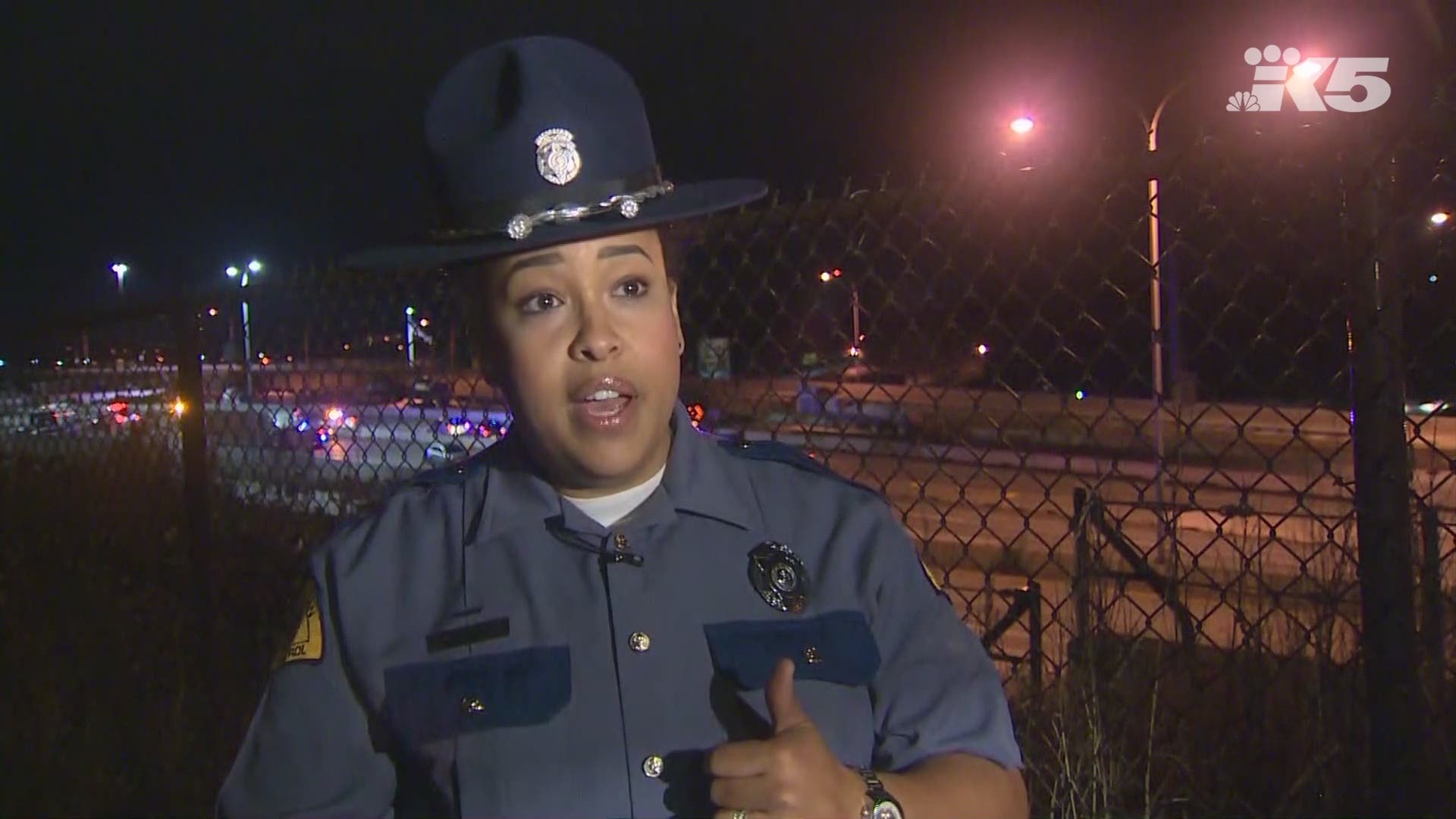 An investigation into the cause of the semi's crash is ongoing.

NB I-5 is backing up near 72nd. This was an extensive incident through the night, but will continue to impact am commuters. Give yourself plenty of time. pic.twitter.com/1WUM65uyBy