Retired Air Force Colonel Joey Lazzaro is one of the elite few responsible for helping Apollo 11 land on the moon 50 years ago this week. 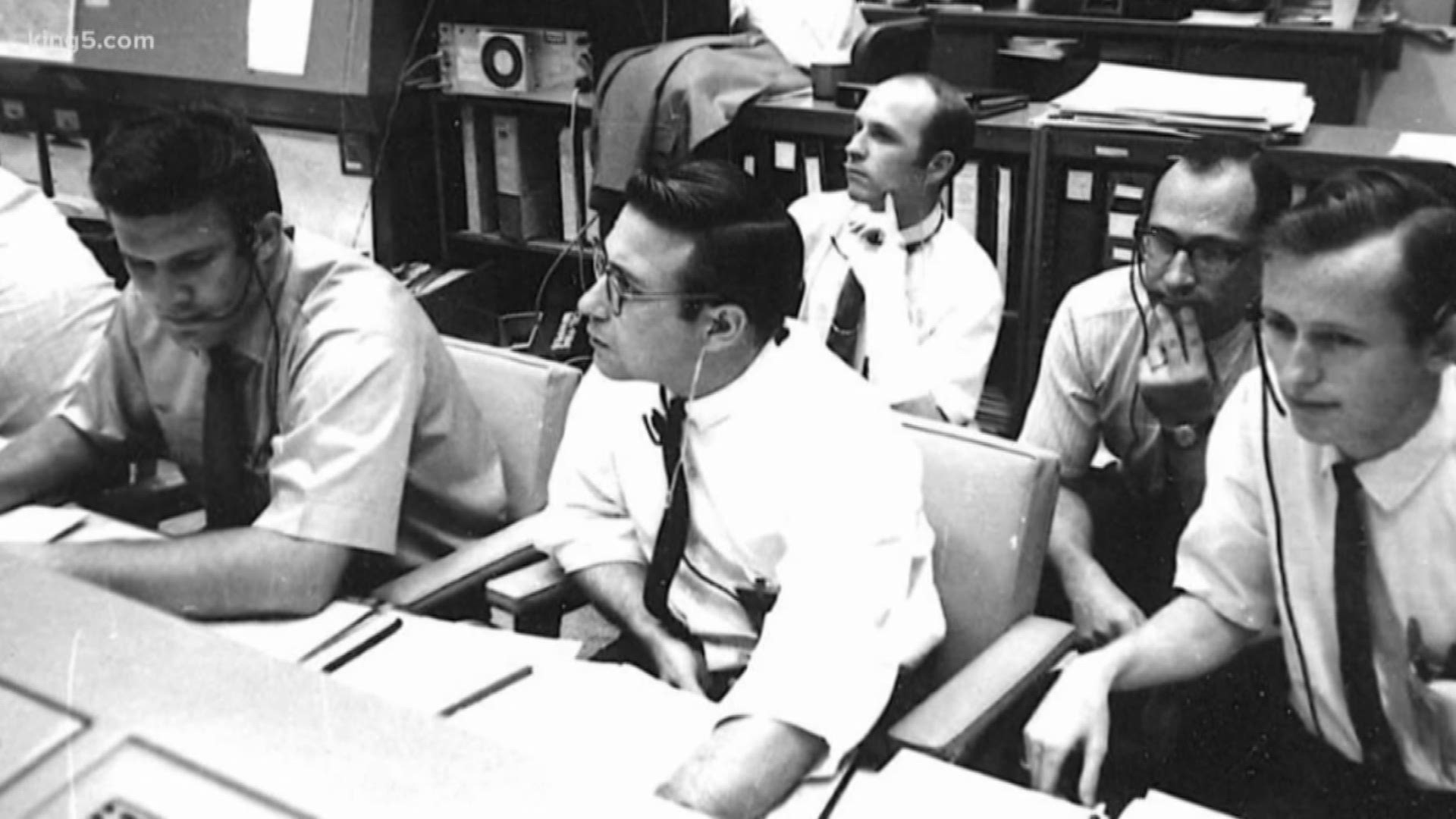 SEQUIM, Wash. — Around Sequim, Joey Lazzaro is known for his trumpet playing. These days, he's getting requests for one very special song.

"I just played this song, last night," says the accomplished jazz musician, as he blows the opening notes to "Fly Me to The Moon."

But retired Air Force Colonel Joey Lazzaro is also known for a much bigger production.

He is one of the elite few responsible for helping Apollo 11 fly to the moon 50 years ago this week.

Lazzaro worked in capsule communications for NASA, sending commands to the spacecraft and tracking data at a time when America was quite literally playing among the stars.

"The mindset was we were going to succeed," he says. "There wasn't any question about it."

Despite the high level of confidence, Lazzaro says there were some tense moments during the 8-day mission -- like when the crew was low on fuel and trying to land on the surface of the moon.

"They were coming close to a crater," he recalls. "Of course, you couldn't land in a crater, so Neil Armstrong had to fly away from the crater to a safe place to land. The whole time we were looking at the fuel and counting it down. That was a pretty hairy moment."

The walls of the 82-year-old's "Glory Room" in his home are covered with memories of his time with NASA, and the 9 space missions he worked on, but none of the keepsakes is more precious than a small American flag.

"I had that in my hand and waved it proudly when we landed," he says.

In reality, though, Lazzaro says that moment that changed the world was actually quite subdued.

No cheering was allowed in the Houston control room and any celebrations would have to wait until the crew had safely come back down to Earth.

"If anyone got too excited, we were told to sit down and do our job. We didn't really get to experience the excitement of it all when it happened. That came later," Lazzaro remembers. "That's when we broke out the flags, that's when we mounted the plaque on the wall, that's when the cigars came out. Even if you didn't smoke, you smoked your cigar."

Now 50 years later, Col. Joey Lazzaro's flights to the moon are of a musical variety. But he was part of something that had never been done before and has never been done by another nation since.

In other words... he is a living piece of American history.