Congressman Chris Jacobs is calling for families to be able to reunite on June 22 after current travel restrictions expire. 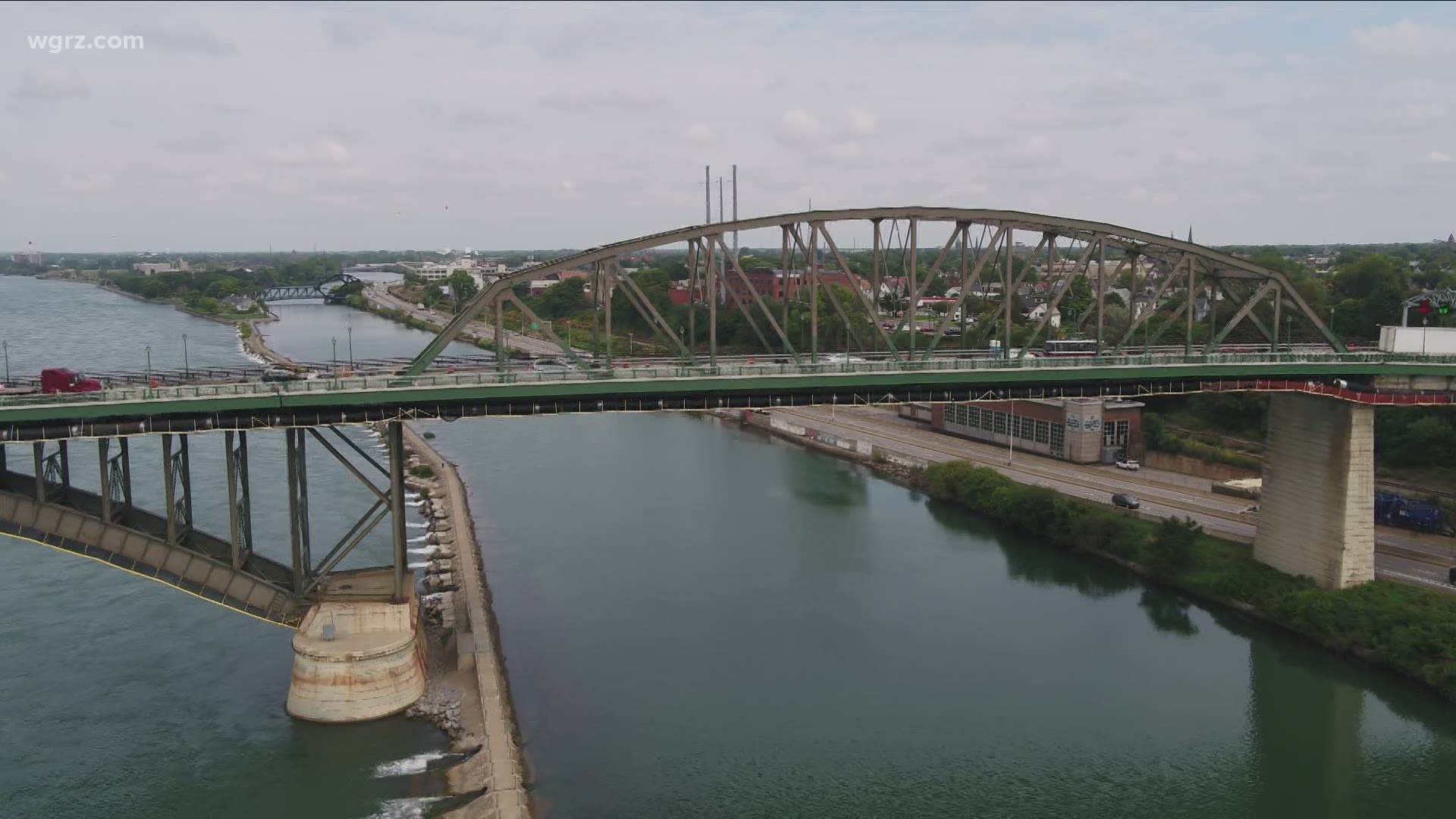 BUFFALO, N.Y. — Congressman Chris Jacobs is calling for transparency on reopening deliberations and a plan to allow families to reunite on June 22 of this month when the current travel restrictions expire.

"This uncertainty has gone on for far too long and it is inconsiderate and unacceptable that there is no plan developed to allow families to reunite," Jacobs said.

During an event Sunday at the Lewiston-Queenston bridge, Jacobs was joined by local families who have been separated by the border.

"Our message really is to the Prime Minister and to our President, the border's been closed, it's been 15 months, all we want is a plan," said Marcella Picone, who has been separated from her fiancé, who lives in Canada.

April Parkhill told 2 On Your Side she is in a similar situation, with her fiancé living in Canada.

"We were so excited to finally be able to get married on April 25 of last year. Unfortunately, about a month before that the border was closed, so we have not seen each other since March 15, 2020," she said.

Jacobs added: "Sixteen months of family separations is simply unacceptable, and this cannot go on any longer. For months, these families have dealt with uncertainty and heartbreak while they wait to hear if they will be able to reunite.

"Case rates are dropping in both nations, and vaccines are rolling out. These continued indefinite extensions are nothing short of a failure of leadership from both nations. Today I am calling for two specific things – answers and action."

According to the most current data, only 5.7% of Canadians are fully vaccinated, while 56.7% have received at least one dose.

Canada's Prime Minister, Justin Trudeau, said in a press conference last week: "We're on the right path, but we'll make our decisions based on the interests of Canadians ... and not based on what other countries want."

However, Gov. Andrew Cuomo would need to allow excess vaccines to be used for Canadian citizens, and the Department of Homeland Security would need to designate getting a vaccine as an essential reason to travel over the border.

"After June 22, if Canada does not change their way and does not allow for accommodations, reasonable accommodations for these situations and others, we should unilaterally open the border on our side," Jacobs said.