Self-employed in Washington? See how to claim financial help

Barbers, massage therapists, gig workers and others newly qualify for unemployment assistance in the coronavirus crisis, but financial help has been slow to come. 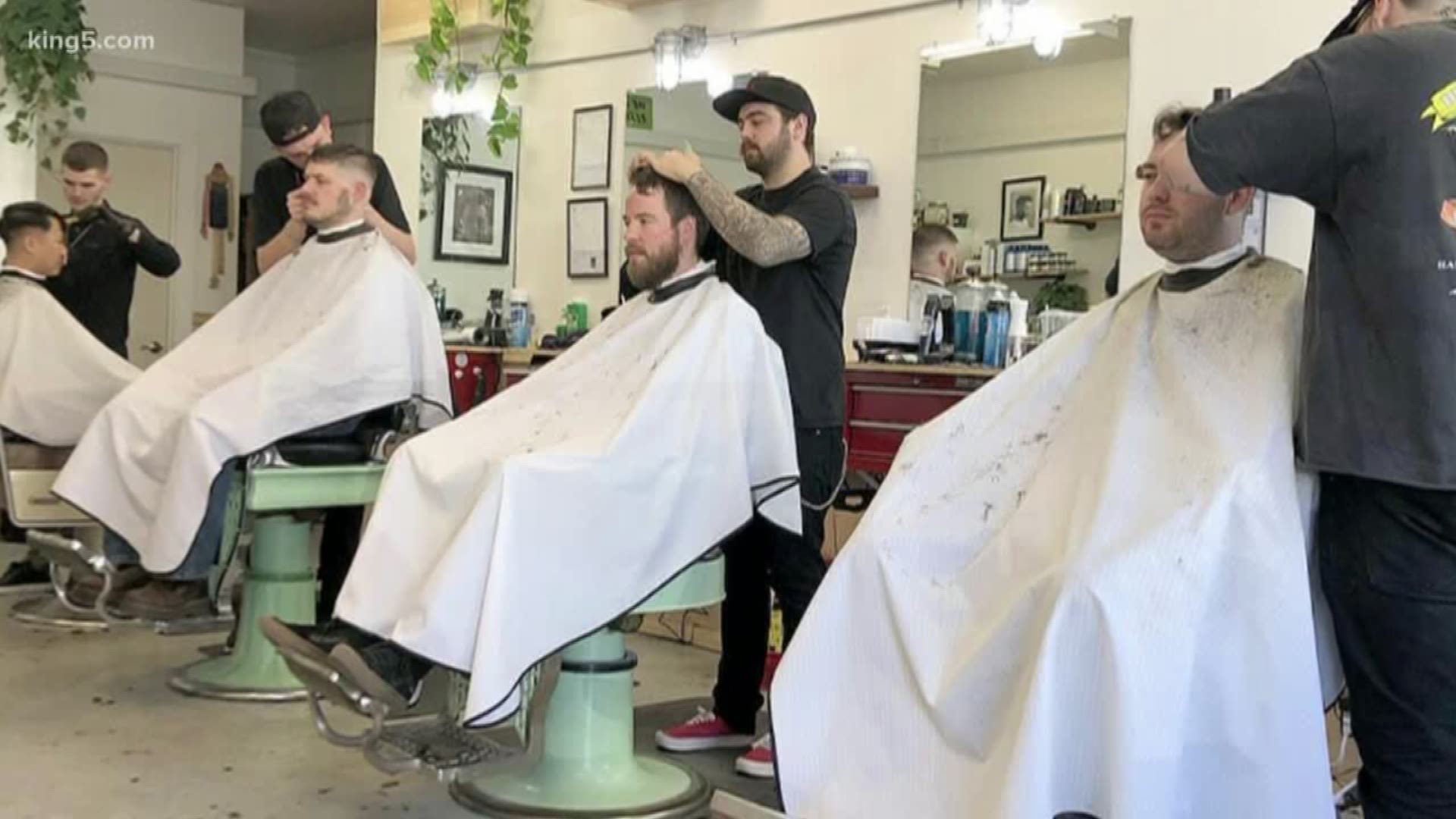 SEATTLE — In response to the coronavirus pandemic, federal lawmakers extended unemployment benefits to the self-employed, gig workers, and independent contractors.

The government plans to begin disbursing loan money to companies and freelancers Friday under the $350 billion Paycheck Protection Program.

But actually getting those benefits is proving to be a problem.

Collin Sells started Valiant Barber Collective. He has two locations where a total of seven barbers work, and was about to open a third location.

"I think March 14 was our last day open," said Sells. "I planned on opening shops not shutting three of them down."

Sells says when he called the Employment Security Department to inquire about unemployment benefits, he couldn't get through because the line was busy.

The state agency is receiving over 20,000 calls a day.

Washington's Employment Security Department says it is updating its technology as quickly as possible to ensure that everyone who is eligible gets the full amount they are owed.

Of course, that is leaving people in limbo at a time when some say they can't afford wait.

Mitzi Lawson of Port Orchard is a massage therapist who did eventually get through, only to be denied.

"The unemployment department still doesn't recognize people who are self-employed or who are sub-contractors.You have to have worked over 680 hours, and you have to be able to prove it," Lawson said.

Nick Demerice, an Employee Security Department spokesperson, says they are working quickly to make technology updates so they can help all the people who now qualify for unemployment benefits.

"The good news is that they will be eligible to receive retroactive payments back to their eligibility date, but not only their regular benefits, also the $600 per week enhancement that the Federal act included as well," Demerice said. "Despite some people's frustration over the inability to get into the system, we were still able to process a record number, over 350,000 claims last week, for unemployment."

Demerice says ESD understands the hardships the delays create, and the state agency is listing some resources to help on its website.

"We'll be rolling out an update Saturday morning that should address issues for some individuals who've been having trouble identifying or verifying their identity through the website," Demerice added.

In the meantime, Sells, who started a Valiant Barber Relief Fund, says he is grateful for the community support he's seen.

"I know that we will probably be alright until April. May is going to be more of a concerning thing as we all can't get back to work," Sells said.

The Employment Security Department says they are waiting on some additional guidance from the U.S. Department of Labor. It will take a couple of weeks to update their systems. The agency hopes to have it sorted out by mid-April.

RELATED: What to know about applying for unemployment in Washington state during coronavirus pandemic