The city's parking changes come too late for one affordable housing property. 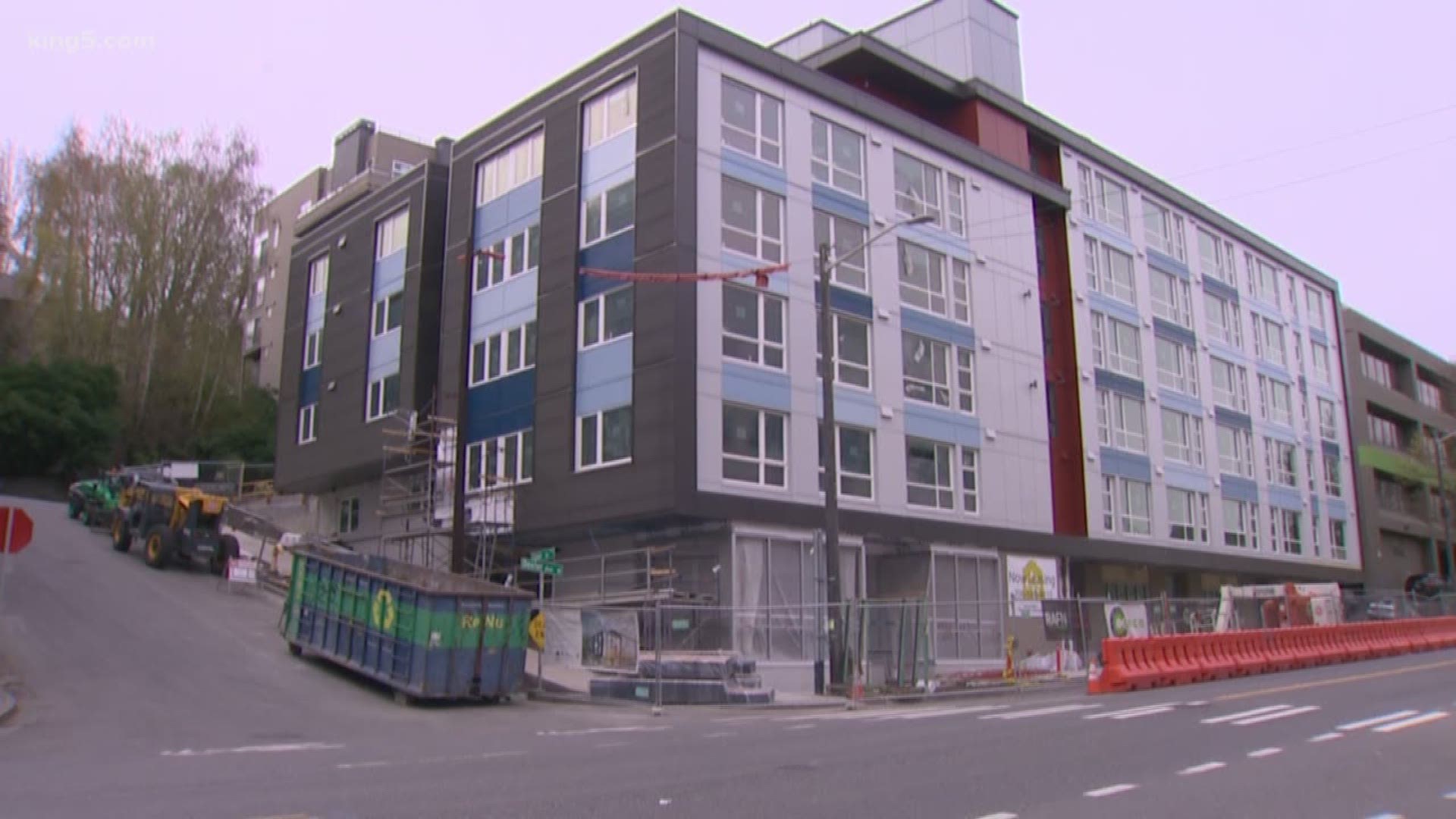 While some residents have voiced concern for Seattle’s new off-street parking ordinance, Susan Boyd of Bellwether Housing welcomed the city council’s decision. But the changes come too little, too late for at least one of the non-profit's projects.

The city will no longer require new construction city-wide to build parking if the sites are near "frequent transit." The ordinance also allows buildings to sell any unused parking to the public.

Bellwether, an affordable housing non-profit, has some properties where city code previously allowed developers not to build parking. That had been allowed in more dense transit corridors of the city.

But at other properties, Boyd said the city previously mandated unnecessary off-street parking requirements. On KING 5’s ‘The Sound Podcast’, Boyd said the non-profit spent $1.5 million on parking it would have otherwise not have built at a South Lake Union property. The building, Anchor Flats, happens to be on the wrong sing of Galer Street. The property across the street was not required to have parking. The building opens next month.

“We built those parking stalls not because we wanted to. We built them because we had to because land use code required us to build them,” said Boyd. “That’s a million-and-a-half dollars could have gone to build units in another location to build more units. That’s why it matters.”

Boyd said each parking space costs about $50,000 when averaged out. There are 30 spaces at Anchor Flats.

From the market-rate side, just because developers don’t have to build parking, doesn’t mean they won’t, according to Eva Talbot of B+H Architects.

“It’s considered by the design and development team… really from the first day,” said Talbot.

Talbot said parking is a focus because it can be a flashpoint with neighbors.

“They are building their projects in recently up-zoned areas where maybe you’re surrounded by single family homes and the street just doesn’t have capacity to accommodate the cars that will come on with a new project,” she said.