The section of Fairview Avenue N along the east side of Lake Union has been closed since fall 2019. 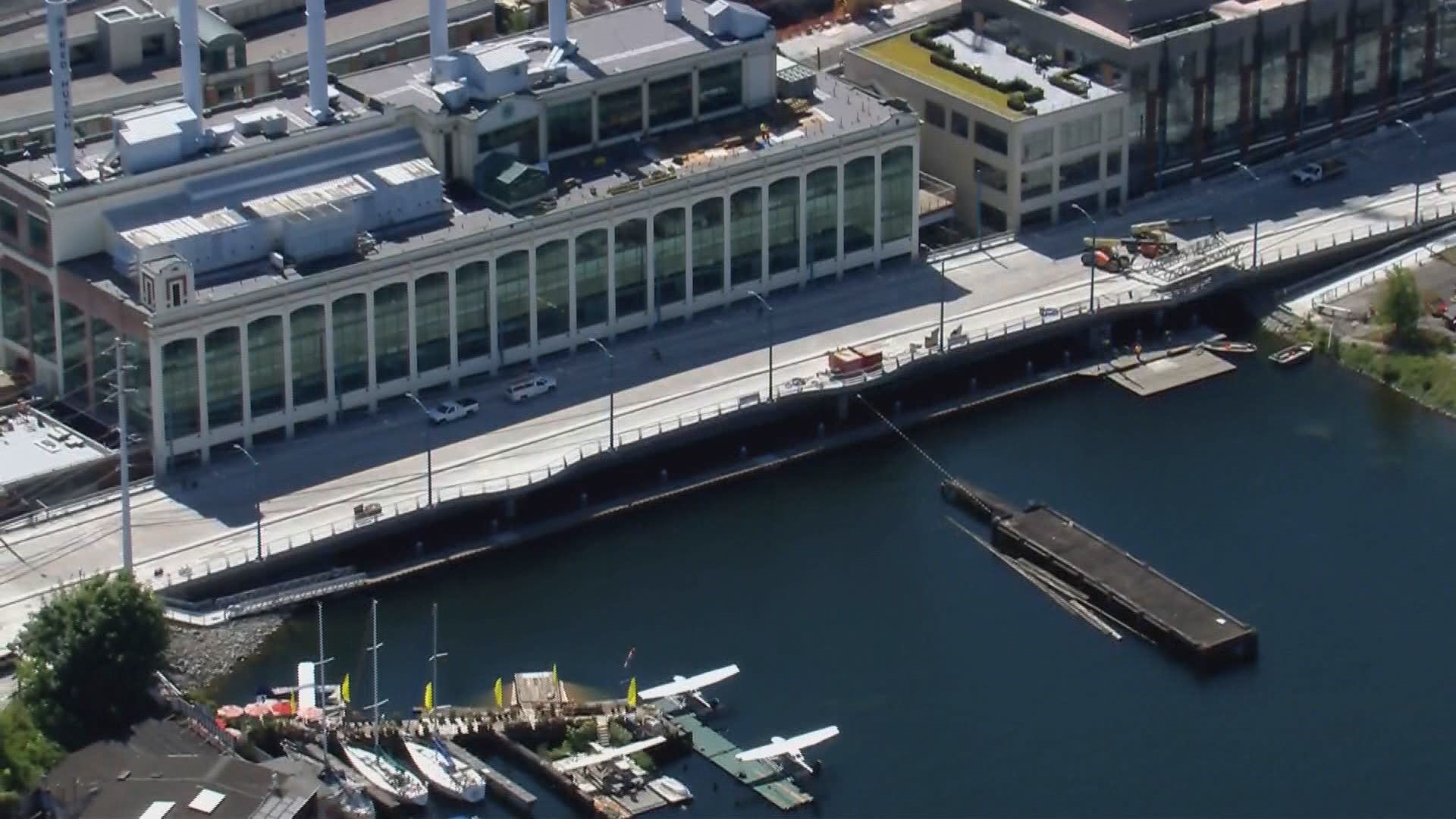 SEATTLE — The new bridge extending Fairview Avenue North across the east side of Lake Union is opening Saturday.

The City of Seattle held an opening event at 11:30 a.m. to celebrate, inviting the public to walk or bike across the new bridge before it opens to traffic on Sunday.

Once it opens, construction crews will move to Aloha Street to begin restoring it.

The Fairview Ave North Bridge was built in 1948 and was Seattle’s last wooden bridge that supported traffic.

The closure began in 2019 following preparations for detours along Aloha Street to ease congestion and allow drivers to still navigate their commutes in the area.

The plans for the new bridge were approved in 2016 and were partially funded by the “Levy to Move Seattle,” which passed in 2015 with the focus to help improve safety on roadways in the city.

The bridge is now ready for use just as the city opens back up and pre-pandemic traffic levels return.

“The Fairview Avenue bridge as you know is a vital north/south arterial connecting Eastlake and several other neighborhoods to the north to thousands of jobs in downtown core. Reopening basic infrastructure like this bridge is vital to restarting the engine to our economy," said Seattle City Councilmember Alex Pederson.

Not only does the bridge now give pedestrians a safe place to walk along the lake it also meets all earthquake safety standards, something the previous bridge was lacking.

“The trestle is wonderful, but this is transit and traffic, the floating walkway is access to the lake’s shore and access to the water and to nature,” said Jules James, a neighborhood activist.

“Every day we’ve thought about this opening back up, every day we would be detouring around this and watching the progress of this and to see it finally come to fruition is, and on such a beautiful day is really quite wonderful," James said.

The bridge will also feature lookout points on the west side of the bridge to provide pedestrians with platforms to look out over Lake Union.

Residents in the area are advised that the on-street parking installed during construction on Fairview Avenue N between Yale Avenue and Aloha Street will no longer be available.