Martin Luther King Jr. once sat down for a meal. Jimi Hendrix was a regular. And more recently, Macklemore indulged in Barbeque Pit’s pulled pork. 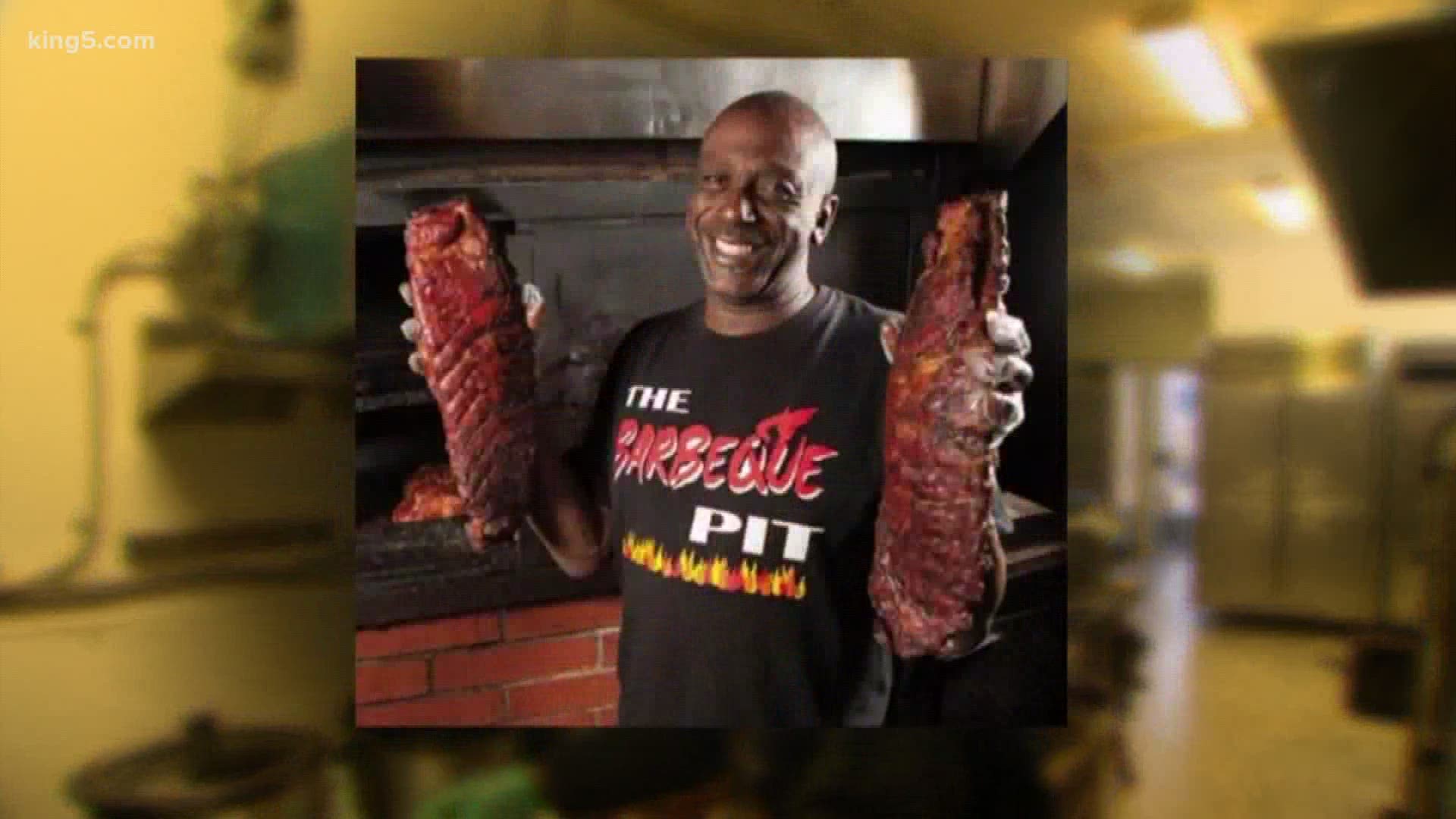 SEATTLE — Barbeque Pit, a historic Central District barbecue restaurant that closed a year ago, is making a comeback with the help of a group of Seattle University business students.

“There's a lot of generations and a lot of people of all spectrums that this place has touched,” said owner Pookey, who regulars know by just one name.

He lost his old Central District storefront at 23rd and Jackson about a year ago when developers moved in. He recently relocated to a spot near 17th and Yesler, the former home of R & L Home of Good BBQ.

A team of students from Seattle U is assisting Pookey with a business plan. They're part of a program that helps long-time Central District small businesses survive gentrification.

But the recipe for the signature ribs has not changed.

“You’ve got right now close to 70 to 80 years of BBQ in this building,” said Pookey, Saturday, as a hungry crowd lined up outside.

The walls of the new restaurant are lined with icons who have dined there. Martin Luther King Jr. once sat down for a meal. Jimi Hendrix was a regular. And more recently, Macklemore indulged in Barbeque Pit’s pulled pork.

“That's my guy,” Pookey said, “We had to tell Macklemore at one point that we were going to 86 him because he was coming so much getting the pulled pork sandwiches that we told him, man, this ain't health food.”

By dinner time, Saturday, Barbeque Pit was pretty much sold out, a sign that the community still has a craving for a Seattle original.

“I had to open on the 4th because this is a rib day,” Pookey said.