The Apprenticeship and Nontraditional Employment for Women program provides women with the training they need to take on construction jobs. 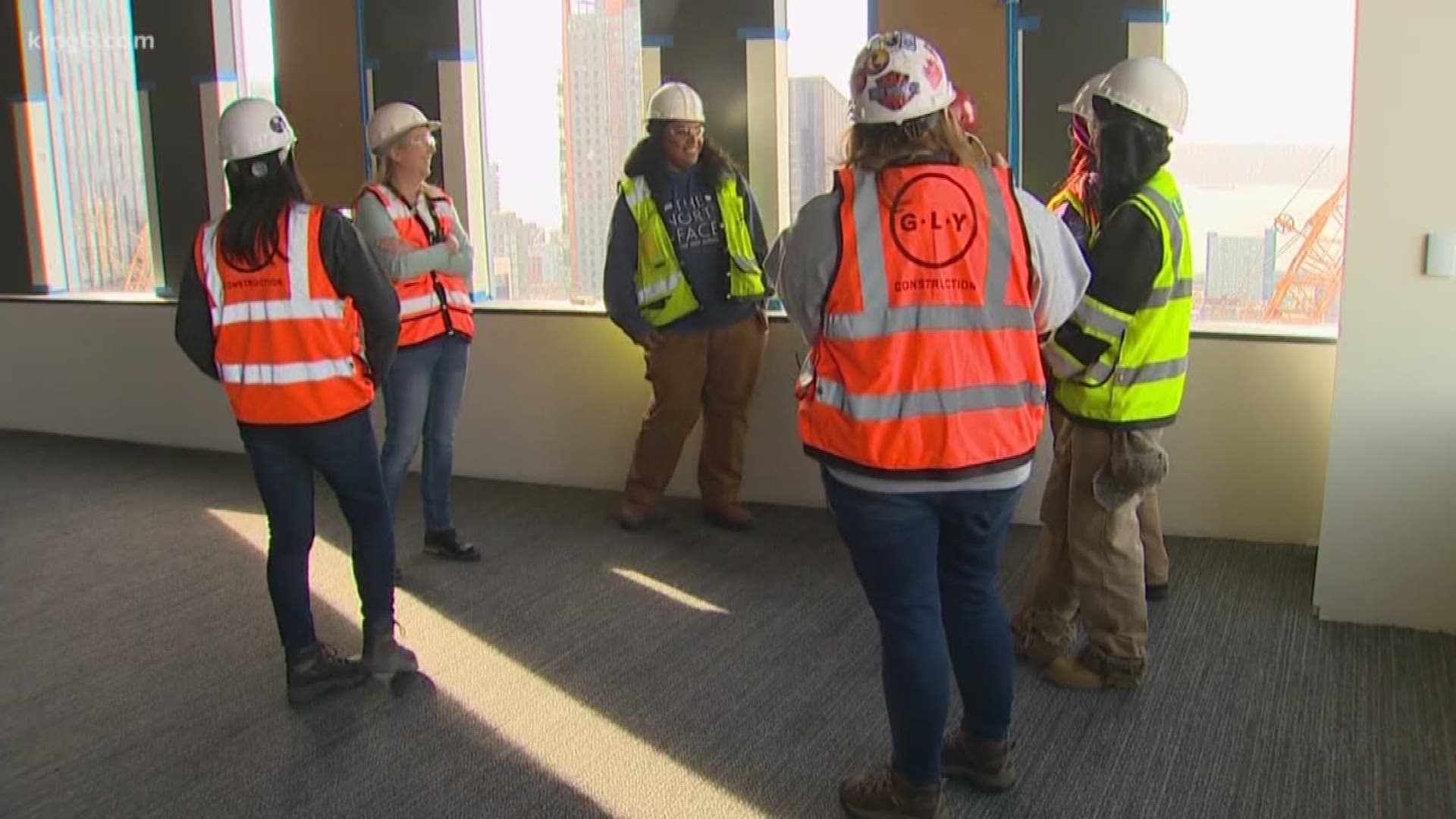 SEATTLE — There is a renewed push to bring more women into the construction trades as Seattle’s skyline continues to grow.

The Apprenticeship and Nontraditional Employment for Women program (ANEW) is about to graduate nearly two dozen women to work in construction.

“I was in social work, and I got burned out,” said graduate Silas Follendorf.

“I just love it so much. My life has radically changed,” she said.

Follendorf and other soon-to-graduates were part of a hard hat tour at the South Lake Union site, looking at the future projects which may lie below.

ANEW Executive Director Karen Dove said there is a demand in trades for more workers, and that women hold a higher percentage of jobs than nationwide trends.

“Nationally, women are only at 3% in the construction trades, in Washington we’re at 9%," Dove said.

Rough data shows more than 25,000 women are working statewide in some form of construction, which are family-wage jobs, Dove said.

Dove credited Amazon with recognizing the need for diversity and staffing as it continues to build out its 11.5 million square foot, 47-building Seattle campus.

Amazon previously said it has donated $135 million to Seattle non-profits and homelessness support, along with money for public transit and education.