The widow and mom of a teenage daughter hopes video of the alleged intruder could help secure an arrest. 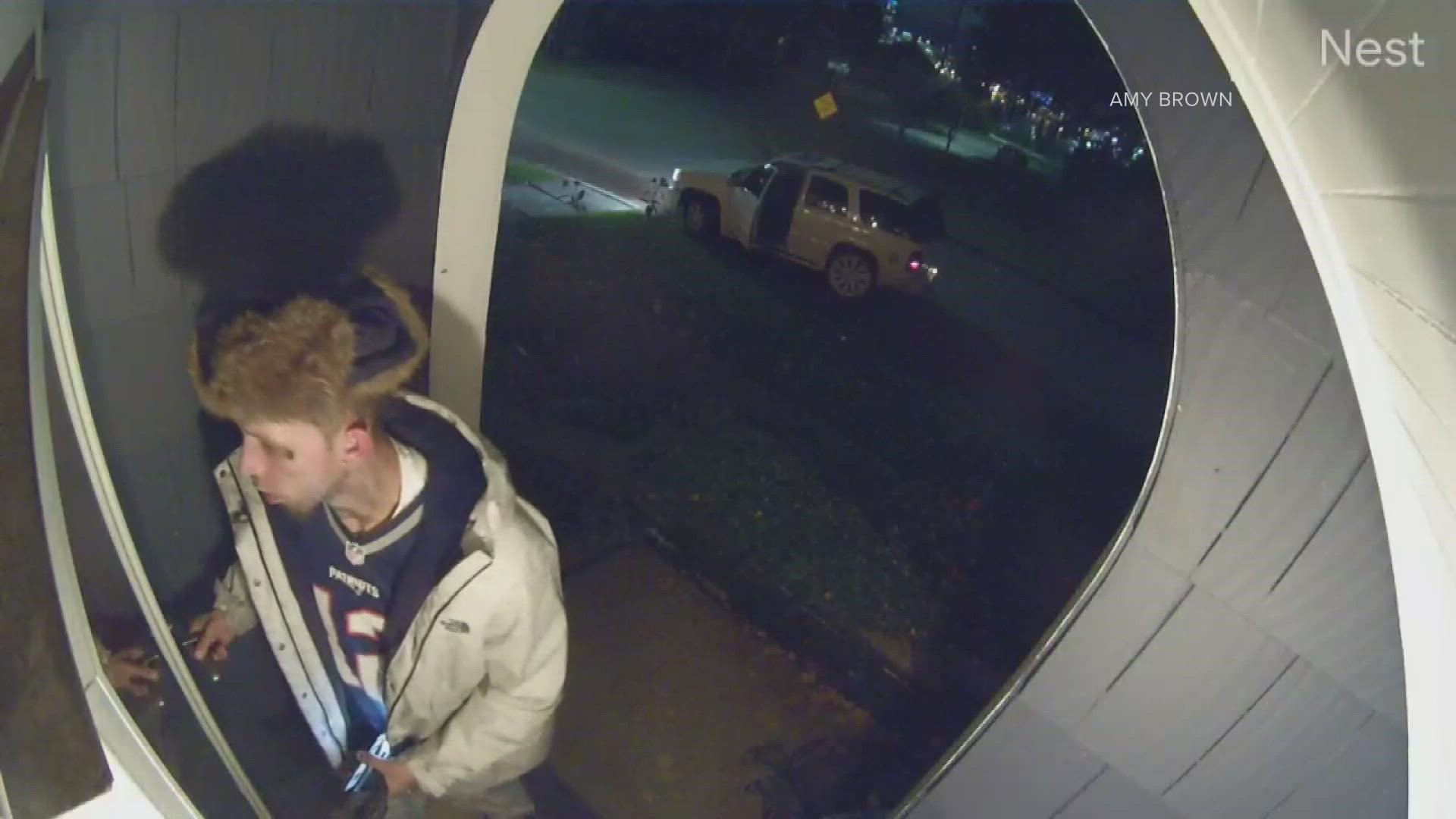 SEATTLE — A mother in West Seattle dealt with car theft and a home break-in within 12 hours of each other and wants the community to be aware of a potential intruder after surveillance cameras caught the suspect entering her home.

"It was such a violating, intrusive, vulnerable feeling," Amy Brown said.

Brown said a week ago on Friday, her car was stolen in Alki Beach, where it was parked near the restaurant where she had dined. She said she took an Uber ride home and filed a police report.

The next morning at home when she went downstairs, she noticed the front door was open and the back door in the kitchen was also open, with broken glass scattered everywhere.

"It was a huge shock and my first thought is, is the person still in the house?" Brown said.

No one seemed to be in the home and Brown called 911. She noticed her wallet was missing from the kitchen counter and her teenage daughter's electronics, including a phone and school laptop, were gone.

Brown said it took police four hours to respond to the home break-in that day. She appreciated their empathy and professionalism, but wondered if a staff shortage was a possible reason for the delay.

Brown also studied home security camera footage that showed a person approaching the front door, then using a rock to break through the back kitchen door.

Brown posted the video on social media and neighborhood watch platforms to inform the community. Through that, Brown said she received a tip about where the possible intruder was located. Brown alerted Seattle Police but said they did not make an arrest that day.

"I do think they're in an untenable situation with the staffing levels and other things around how they're able to move forward and move quickly," Brown said.

Brown said she realized an alarm system that emits noise and light during a break-in could have helped.

"Just because you have really solid locks, that doesn't matter. The house was well lit. That didn't matter," Brown said.

Regarding the staffing issues possibly delaying the response to Brown's case, an SPD spokesperson replied that only the Chief of Police can speak to staffing issues and was unavailable for an interview Friday.

Police could not yet say if Brown's possible car theft and the home burglary are connected or pure coincidence, as it is still being investigated.

At last check Friday, no arrests have been made.