For nearly a century, the West Seattle Herald, now called Westside Seattle, has told the stories of people who live there. 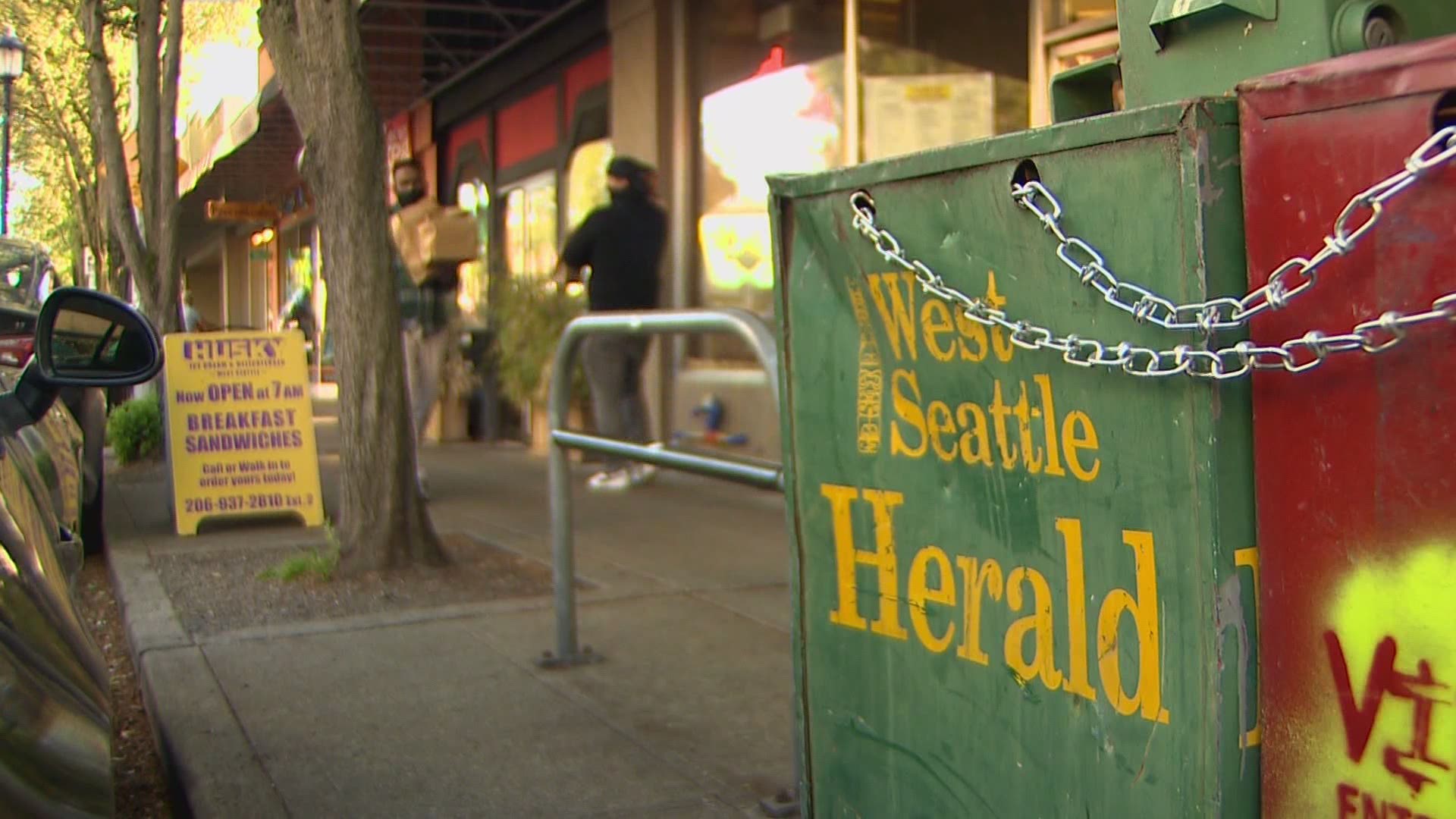 SEATTLE — It's the end of an era for a local newspaper that's been around for close to 100 years. The West Seattle Herald published its final print issue Friday.

After 98 years, the presses will stop.

"For my brothers and I, we don’t know anything but newspapering, we have ink in our veins,” said Patrick Robinson, director of new media for Robinson Papers.

For decades, the West Seattle Herald, now called Westside Seattle, has been telling the stories of people who live there.

The Robinson brothers, Patrick, Tim and Ken have grown up in the newspaper business.

"The pandemic pretty much put us out of business,” said Ken Robinson, the managing editor.

A decline in ad revenue is to blame.

"As Facebook, Google and Craigslist began to take all of our primary revenue sources away, it got harder and harder to keep a print publication alive,” Patrick said.

The Robinson family is behind neighborhood newspapers covering areas from Seatac all the way to Ballard. They've been telling the stories that may not get TV time or featured in larger papers.

"We’re so deeply woven into the fabric of the community, we have a mural dedicated to the paper on a wall in West Seattle,” Patrick said.

It's an imprint of the legacy and community journalism that’s now reached its end.

While its online presence will still stick around, business owners have reached out to see if there’s any way to revive the historic community capsule. That means this story may be far from over.

"You sort of can’t spell West Seattle without the Herald as part of it,” Patrick said.