The City of Seattle says it's almost finished with designs for repairing the damaged high bridge, and it expects to reopen the bridge to traffic in mid-2022. 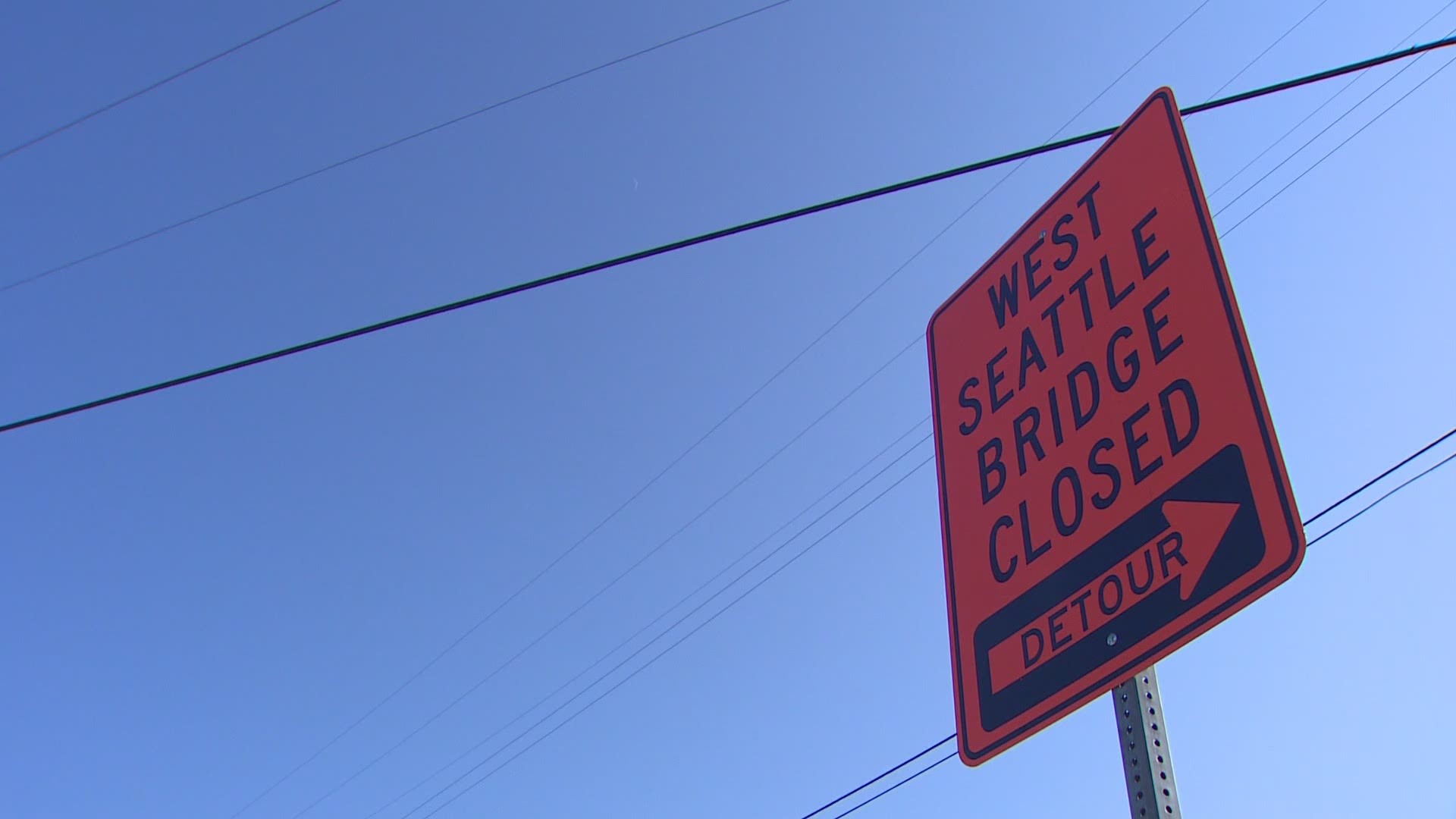 SEATTLE — The city of Seattle said it is almost finished with designs for repairing the damaged West Seattle high bridge, and construction could start as soon as October.

The Seattle Department of Transportation (SDOT) announced Wednesday it handed off an intermediate repair plan to Kraemer, the contractor responsible for fixing the crossing.

That means Kraemer can start contacting suppliers and ramp up hiring for the roughly $47 million repair project.

Final designs are expected in October, and then construction can start. SDOT said it expects the bridge to reopen to traffic in mid-2022.

During a virtual meeting on the project, a member of the group West Seattle Bridge Now asked if the city might be able to reopen some lanes of the bridge even sooner.

“For structural engineers who are not involved with this particular project to be suggesting that there's some faster way for us to get there is mildly irresponsible,” said Heather Marx, with SDOT.

“So, no discussion about potentially opening up in a limited capacity?” asked Liz Powell of West Seattle Bridge Now.

“Since we think that that would not be safe, no,” replied Marx.

Marx said much of the work on the bridge right now is on designs, so people should expect to see high activity on the bridge.

Once construction begins, a lot of the work will happen inside the bridge structure, she said.

Drivers using the bridge detour should be aware that this coming weekend the city will start a construction project at West Marginal Way and Highland Park Way, a notorious backup area since the bridge closed last year.

SDOT is adding an extra northbound lane, better pedestrian signals, and a camera so the city can monitor backups in real-time, all in an effort to reduce congestion, but the detours cannot possibly handle the volume of traffic the high bridge once carried.

The city said it will try to keep all lanes of that intersection open when it starts the project Saturday.