To celebrate their 130th birthday, the Washington Shoe Company is giving back to the communities that have supported them for generations. 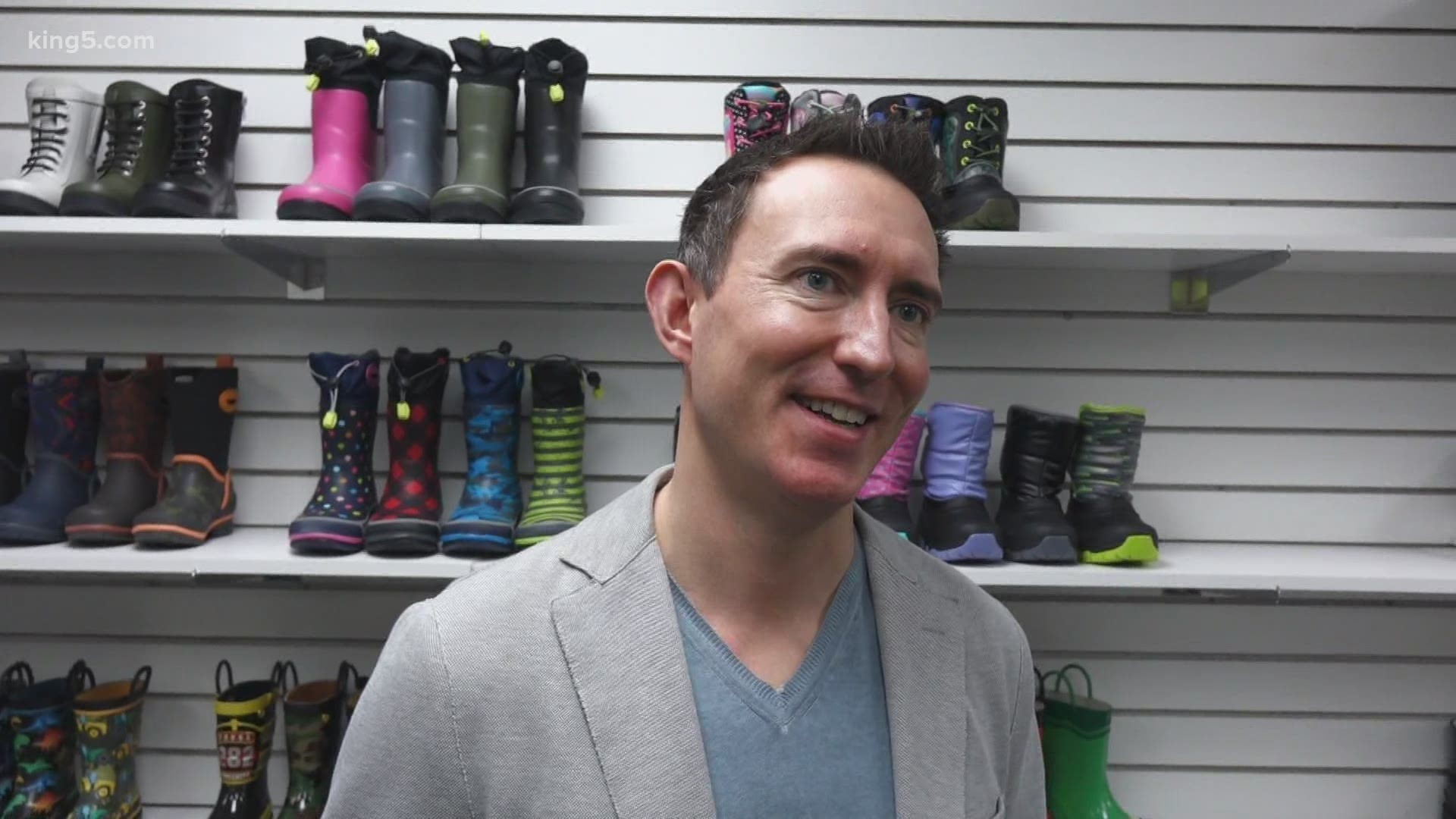 It was 130 years ago this month that the Washington Shoe Company was born. On Jan. 24, 1891, the company started by making boots under the name Western Chief. That brand grew quickly in popularity during the Alaska Gold Rush. Henry Moehring took ownership in 1911 and the business is still family-owned and operated with the fourth generation now at the helm.

The Washington Shoe Company continues to specialize in boots, specifically rainproof footwear for the whole family. Their character-themed rubber boots are wildly popular, while the signature frog or ladybug boots continue to be big sellers.

The company's history is still faintly painted on the original building on South Jackson Street in Seattle and the massive warehouse in Kent services retailers around the country with familiar shoe lines like Western Chief, Staheekum, Chooka and cH20.

To celebrate their 130th birthday, the Washington Shoe Company is giving back to the communities that have supported them for generations. The Wear A Big Smile Foundation was created by the family to donate boots and raincoats to kids and families in need. In the last 5 years, they have donated over 37,000 boots to local charities. Seattle’s Union Gospel Mission is the most recent recipient, receiving hundreds of pairs of boots and raincoats for those in need.