Town Hall in Seattle to close for renovations 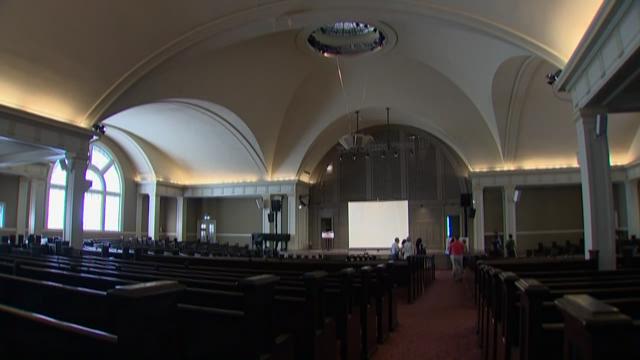 A historic landmark that serves as the center for culture and conversation in Seattle will shut down for a year.

Town Hall will undergo significant renovations including a new lobby, lounge, elevators, and bar; the building will also be fully ADA accessible.

"It's so exciting. Really, it's such a gift to the city," said Suzan Ballsun, who showed up Friday for the last public tour of the building which was built in 1916 and first served as a Christian Science Church.

The space, run by the Town Hall non-profit, is a space for arts and civic engagement.

"Music or poetry slam or a lecture, almost anything can happen here," said Ballsun. "I literally sometimes have to struggle, like okay I've already been to Town Hall three times this week, I really should go do something else but it’s hard to resist."

The upgrades, however, won't destroy the historical design of the building, which brings relief to those who live a city where cranes constantly touch the sky

"It's maintaining the old but bringing in new life. You know, with so much changing in Seattle, it's wonderful to have a connection to the past," said Mary Sherhart, who also showed up for the last public tour before the renovation.

Town Hall raised $20 million out of its $25 million goal to fund the renovation of the building. It’s expected to reopen in the fall of 2018.