"We're expected to lose about $651 million in taxes in 2020 from the visitors that would come to Seattle," said Bill Weise, V.P. of Seattle Hotel Association. 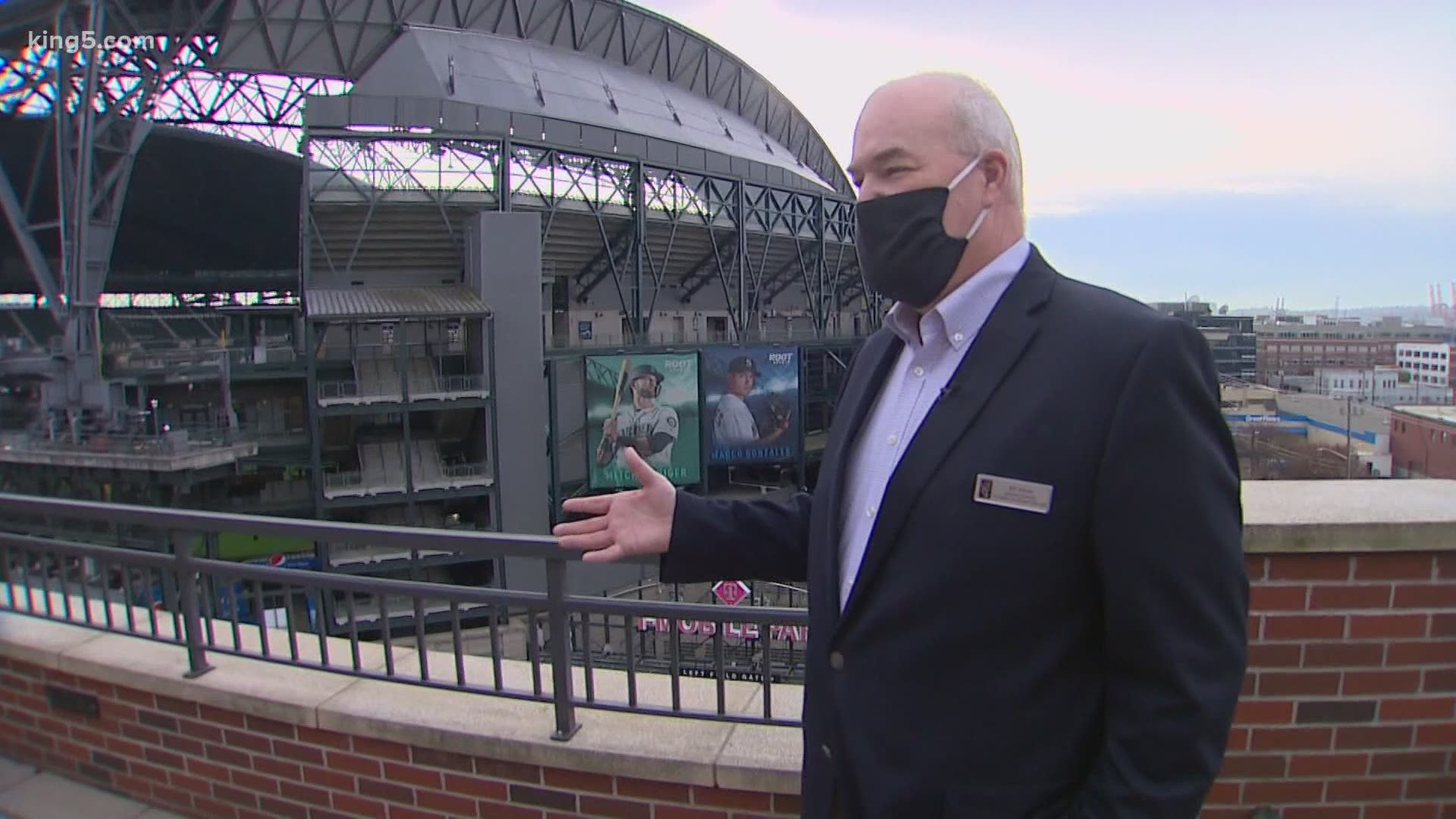 SEATTLE — In a normal year, General Manager Bill Weise says the Silver Cloud Stadium's occupancy rate would be at least 70% in December. It's a place that caters to sports fans and convention visitors, as well as tourist and tech meeting attendees. But with coronavirus cases climbing and so many events cancelled, the occupancy rate recently has been around 10-15%.

The hospitality industry says it stands to lose 100,000 jobs because of the coronavirus pandemic. The health crisis has resulted in restrictions on businesses in Washington to help slow the virus.

"We missed the baseball season, which is a lot of revenue for us, not only for the restaurant, but for the hotel," said Weise.

From the hotel's rooftop, Weise pointed to the waterfront, noting a reminder of the cruise season that wasn't. Before the pandemic, the hotel was anticipating business from the 300 sailings that typically would happen.

"We were hopeful for football and soccer," he said.

But that hope is running out as thousands of new cases are reported each day in the state.

Hotel bookings have plummeted, and that has been devastating for hotel employees.

"At the peak, we were at 135 full time employees, and now we're about a little less than 25 employees," said Weise.

Craig Schafer owns Inn at the Market and Hotel Andra in Seattle.

"We had over 50 employees prior, and today we have two," Schafer said. "We have just been more decimated than most other cities."

The latest figures released by Visit Seattle and Smith Travel Research back that up, showing Seattle with an occupancy rate at 20%, the lowest on the West Coast.

Schafer sees a few reasons why.

"Early on, there was a time when people said the last place I'm going to go is to the state of Washington," he said, noting the impact of having the first reported coronavirus outbreak in the U.S. happen here.

What followed was a major drop in activities like tourism and conventions that the hotel industry relies on heavily.

"It's just very, very frustrating and depressing that the federal government has not been able to get their act together to get us what we sorely need and what the employees of our industry need," said Schafer.

Without some of kind relief, Weise expects to see a dramatic ripple effect.

"By just the facts and figures, we're expected to lose about $651 million in taxes in 2020 from the visitors that would come to Seattle," Weise said.