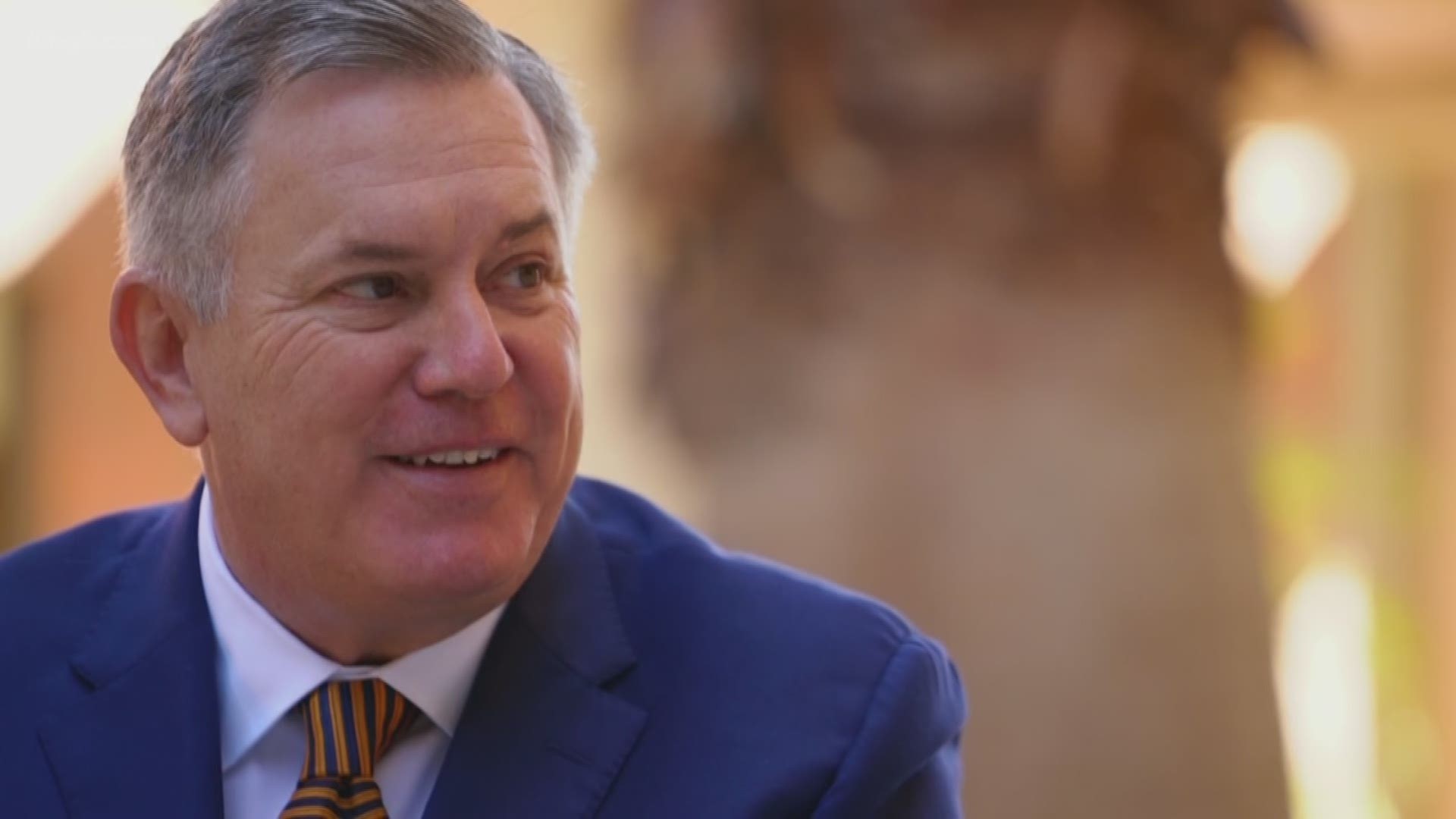 SEATTLE — Sitting on a bench in Palm Springs, Oak View Group CEO Tim Leiweke can now reflect on what has been a frenetic few years.

"What you don't always get to see is the mountaintop," Leiweke said about the challenges he's faced with his company.

The Oak View Group (OVG) was a startup when Leiweke burst on the scene in Seattle in 2016, talking about a big idea for Seattle Center. Of course, Leiweke had credibility in the Emerald City after a successful run with AEG, and another with Toronto's Maple Leaf Sports and Entertainment. His brother, Tod Leiweke, built many relationships in the business community during his time running the Seahawks.

Yet, Leiweke acknowledges there was an enthusiasm gap when he tried to solve the riddle of KeyArena.

"The first one is always, to me, the most emotional one. You ultimately look at the base and foundation and say, if not for that this company would have never happened," Leiweke said about the deal to build a new arena at Seattle Center.

That deal, which resulted in a nearly $1 billion construction project, survived a turbulent time at Seattle City Hall and negotiations which spanned four different mayors.

Now, while it may be in his words "an expensive hole," it is also an engineering marvel.

The old KeyArena roof is now suspended by a temporary support system. The bowl and other buildings are now just a big dirt pit.

"The design of the building is challenging because we keep on wanting to upgrade," Leiweke said, noting OVG continued to add new features to the design at its own expense to make the building work long-term. "If we do a good job dealing with the problem in front of us every day, then come June, July, August, September of 2021 when we open the building, that's when we will take a step and instead of looking up at the mountain. We'll be looking down at where we came from." 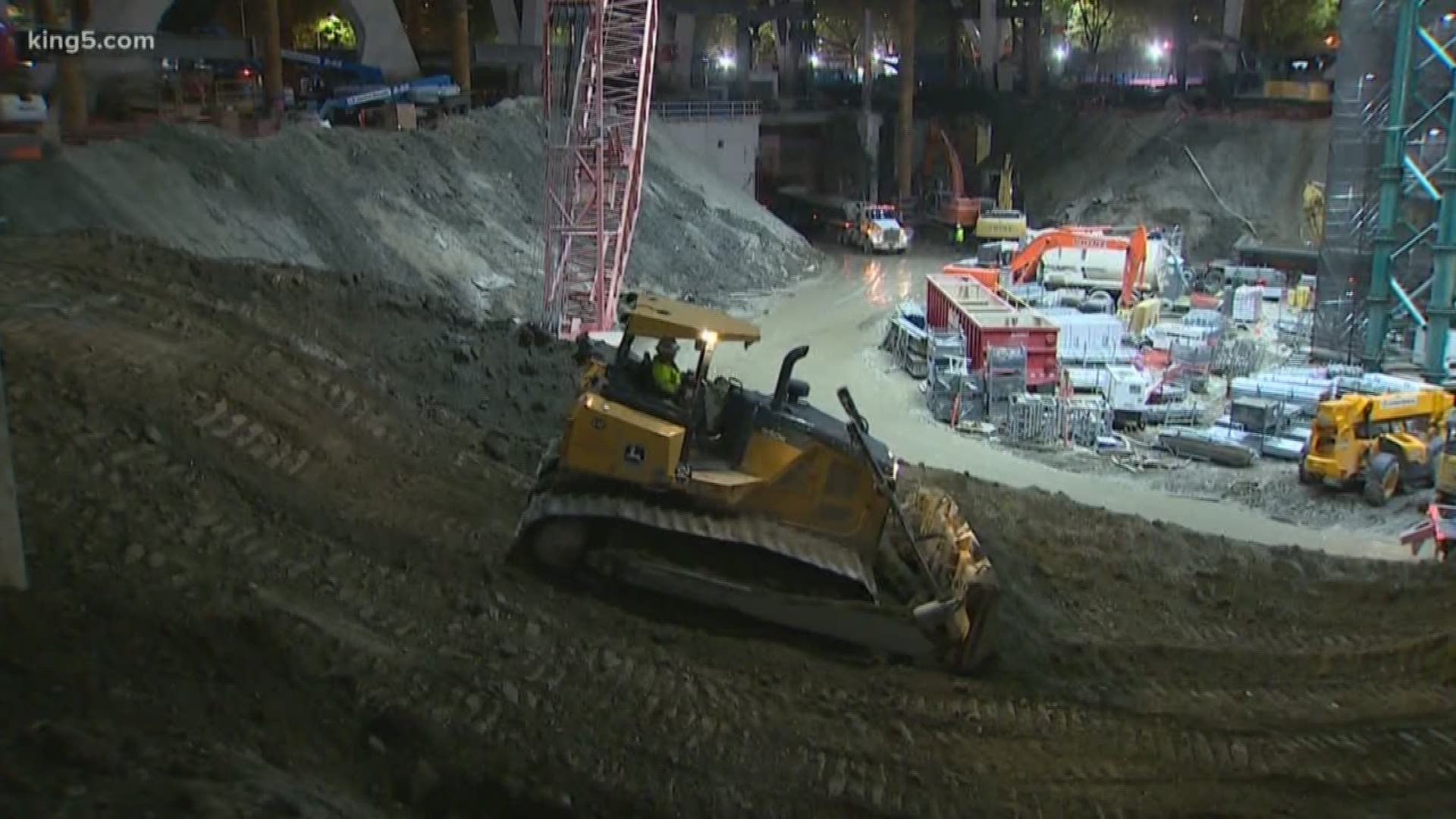 Seattle helped propel Leiweke’s company and partners to build confidence in other cities. OVG is now involved in facility projects in Austin, Belmont Park in New York, and Milan, just to name a few.

"We have eight of these arenas now, all over the world and globe," Leiweke said.

OVG’s latest arena project is in Palm Springs, where Leiweke worked quietly for two years to broker a deal with the Agua Caliente Band of Cahuilla Indians to build a 10,000-seat, $250 million sports complex next to the tribe’s downtown Casino. Agua Caliente will be an equity partner.

"We've been working on it for two-three years. I know the Valley well because of my time at AEG, where we were partners on Coachella the music festival, and Stagecoach,” Leiweke said. “I know about how [Palm Springs] goes from half a million people to a million people during the winter. I know there’s half a million snowbirds that come in the marketplace, many people from Seattle. Ironically, the majority of our partners and the ownership group in Seattle have a home here. The majority of the sponsors we're talking to, their executives have homes here."

The quiet negotiations also surprised another arena developer that was planning a competing building.

Seattle's American Hockey League (AHL) franchise will be the anchor tenant, playing in a league with five other California franchises. Leiweke said that was a selling point to the tribe and his investors.

"It's affordable, and it's a nice lifestyle," Leiweke said. "It's two hours from Seattle. So, our ability to get players back and forth quickly in the same time zone is a huge upside."

When asked about putting the AHL team in Boise or Portland, for instance, Leiweke said travel was a driving issue.

"The problem with Boise is you're in an airplane every trip," explained Leiweke. "Trying to find a marketplace where they could bus to a majority of their games, but if they do have to fly, they're five minutes from the airport and there are a lot of connections here." 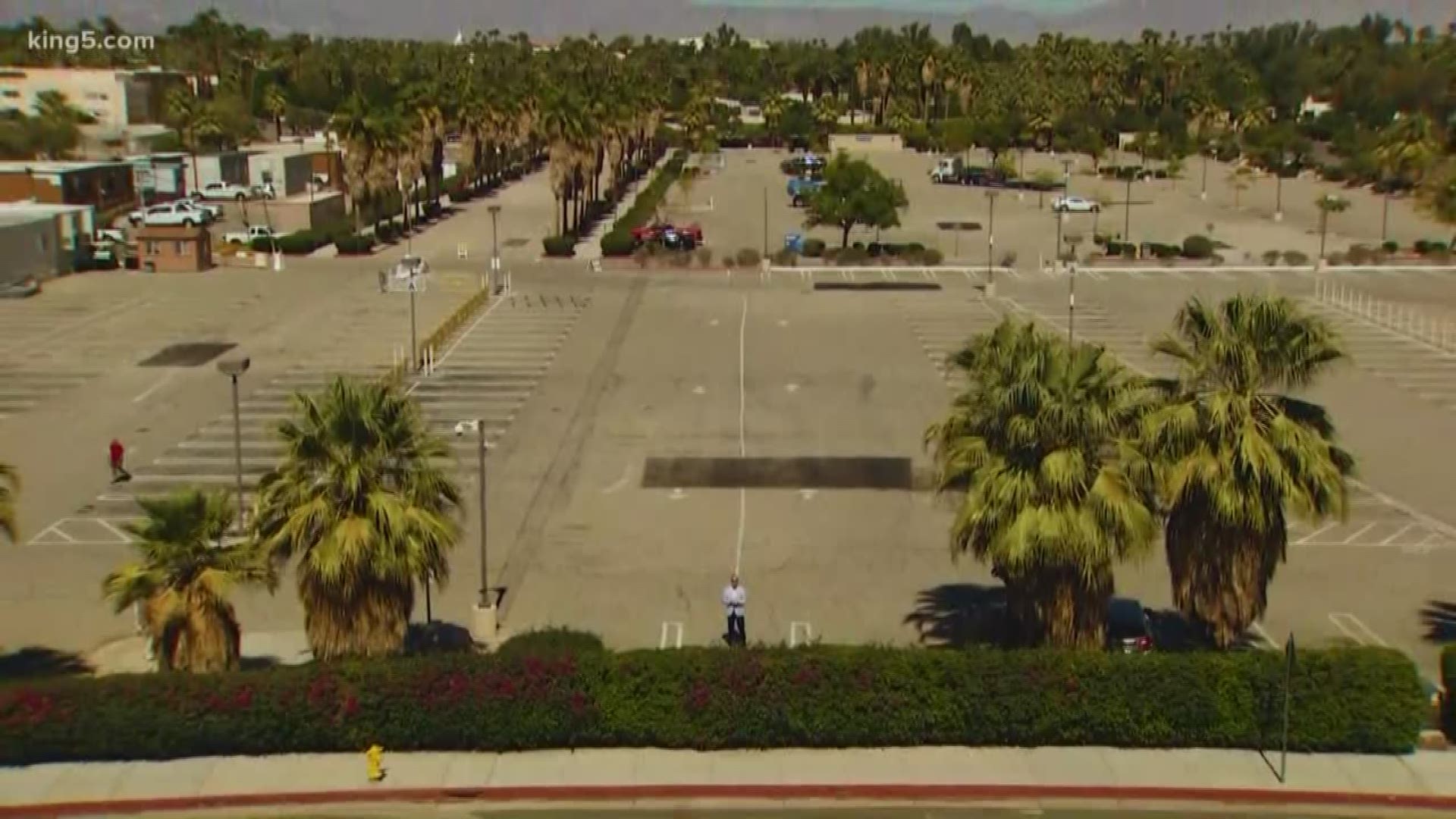 Music will also play a strong part in the facility. Leiweke noted there are nine big weeks of annual entertainment in the Valley with film and music festivals, along with tennis and golf tournaments. The arena could also be used as a residency, with names like Barry Manilow and Cher tossed about.

Leiweke said the Palm Springs arena is also being built with the local LGBTQ community in mind.

"The gay-lesbian community is very, very big here, very impactful here. The person we're bringing in to head all of this for us on our arena side is from the community, used to live here,” said Leiweke. “We've spent a lot of time talking about, we have to absolutely ingrain ourselves in the community."

Yet, Seattle's AHL team will be the initial showcase when the new building opens in 2021. Leiweke suggested that it will be up to his brother, and the Seattle NHL team’s General Manager Ron Francis, on whether to play exhibition games with the big club, or host Seattle's NHL training camp in the desert.

And the team will be called the Snowbirds, right?

"That's actually a pretty good name, I like that,” Leiweke laughed. “Snowbirds melt though, so we have to be careful."