The Showbox music venue gets landmark status in Seattle

The Landmarks Preservation Board designated The Showbox as a landmark on Wednesday, but the fight may not be over yet. 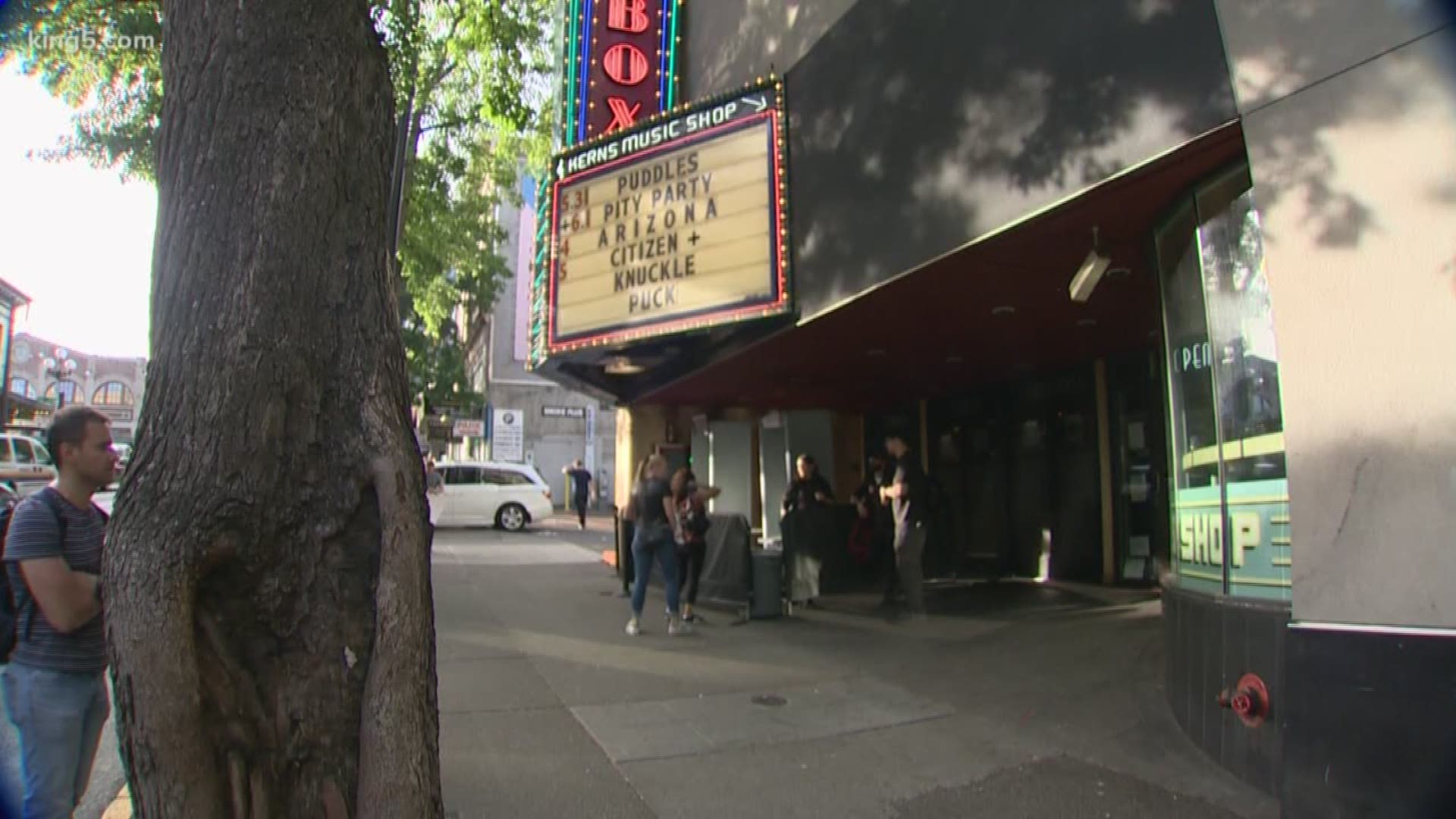 Seattle’s Landmark Preservation Board voted to designate The Showbox as a landmark Wednesday.

The group Historic Seattle said the board gave the Showbox status as a historic landmark under criteria C and D.

However, Historic Seattle notes the longtime music venue "has not technically been saved yet."

The group tweeted on Wednesday, "The Landmarks Preservation Board will now enter into a controls and incentives negotiation with the property owner. Our ultimate goal is to purchase the property ourselves."

The building's owners, who planned to redevelop the property, expressed disappointment with the landmark status Wednesday night.

"We respect the work of the Landmark Preservation Board to designate the property as a landmark, but disagree with both the reasoning and the decision itself," said Aaron Pickus, spokesperson for 1426 First Avenue ownership. "We will further evaluate their designation as we consider next steps.”

The music venue, which was built in 1917 and remodeled in 1939, is facing development. Vancouver, B.C-based developer Onni Group filed plans last year to turn the building into a 440-foot mixed use tower with 442 residential units. However, the plan has received pushback from the community who want the space preserved.

RELATED: Over 170 artists sign letter urging Seattle to save The Showbox venue

The landmark designation prevents developers from changing the physical elements of the building, but it wouldn’t keep the owners from changing its use. The landmarks board would also work with the owner to draft an agreement on which features of The Showbox would be preserved.

More than 400 sites in Seattle have been given landmark status over the last 45 years.

Council members temporarily expanded the boundaries of the Pike Place Market Historic District last year to include The Showbox, putting the development plans on hold until July 23, 2019 when the interim expansion was set to expire. Last month council members extended the temporary expansion another six months to give the council more time to consider permanently adding the venue to the historic district.

However, a King County judge ruled the city violated due process by expanding the boundaries, calling it an "illegal spot re-zone."