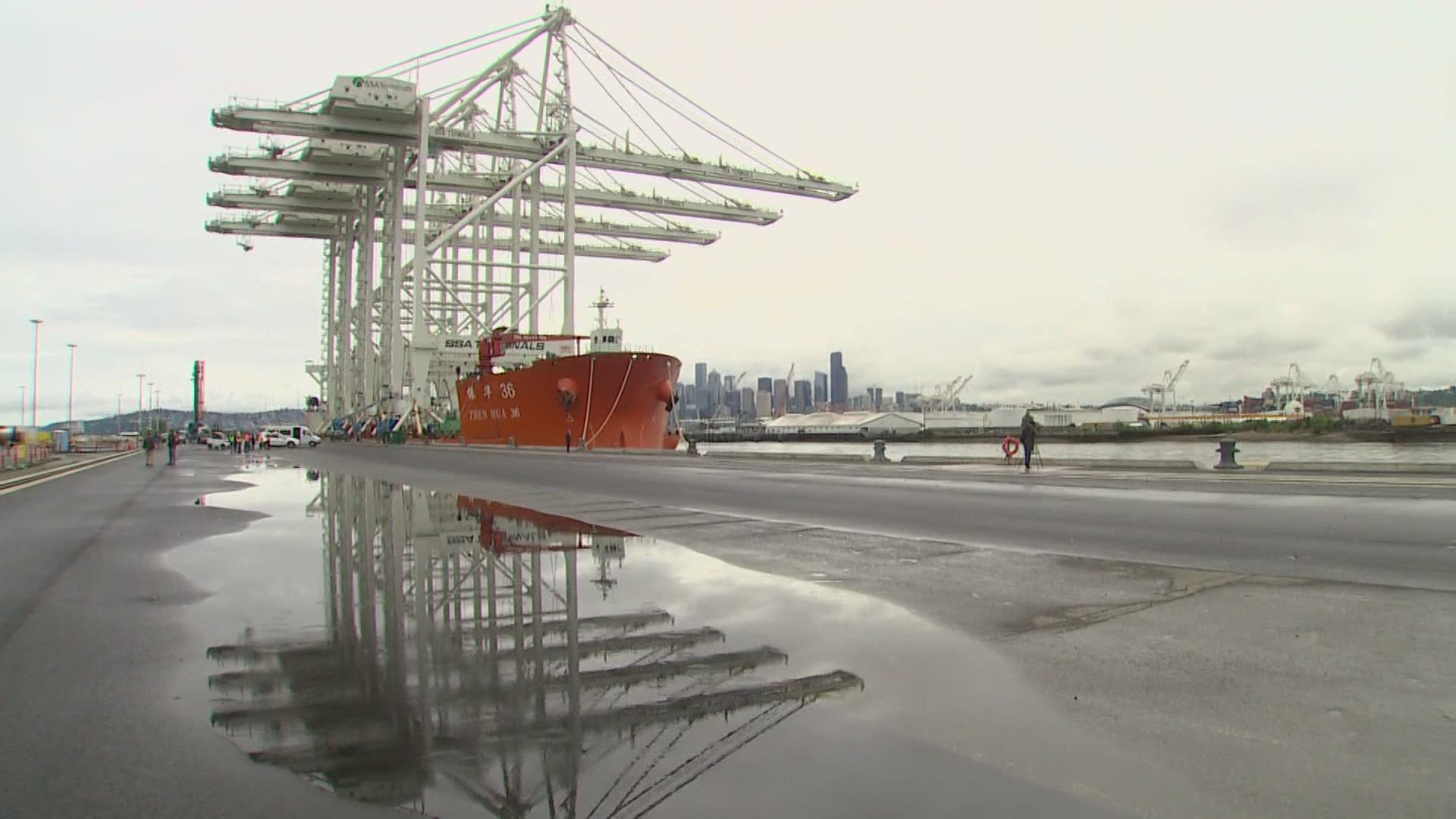 The cranes, which will be set up at Terminal 5, are needed to help with an increase in larger cargo ships entering the Port of Seattle. The cranes were shipped from Shanghai to the Pacific Northwest.

The giant cranes stand 316 feet tall and have a 240-foot outreach boom. Each crane can lift 100 tons of cargo.

For comparison, the Great Wheel on the Seattle waterfront is 174 feet tall. The cranes are among the largest on the West Coast and capable of handling the biggest container ships operating in the world.

The ports are spending $340 million for phase 1 of the redevelopment of Terminal 5 for the world’s biggest container ships, which was expected to be complete by this year.

The ports have faced stiff competition for shipping routes, especially from Vancouver and Prince Rupert, British Columbia. The latter is a remote outpost, which has been heavily supported by the provincial government and just topped the 1 million container mark, with a plan to do 1.8 million standard containers by 2022.

The investment has been said to be needed for the ports to remain competitive with Vancouver, B.C., and Prince Rupert.