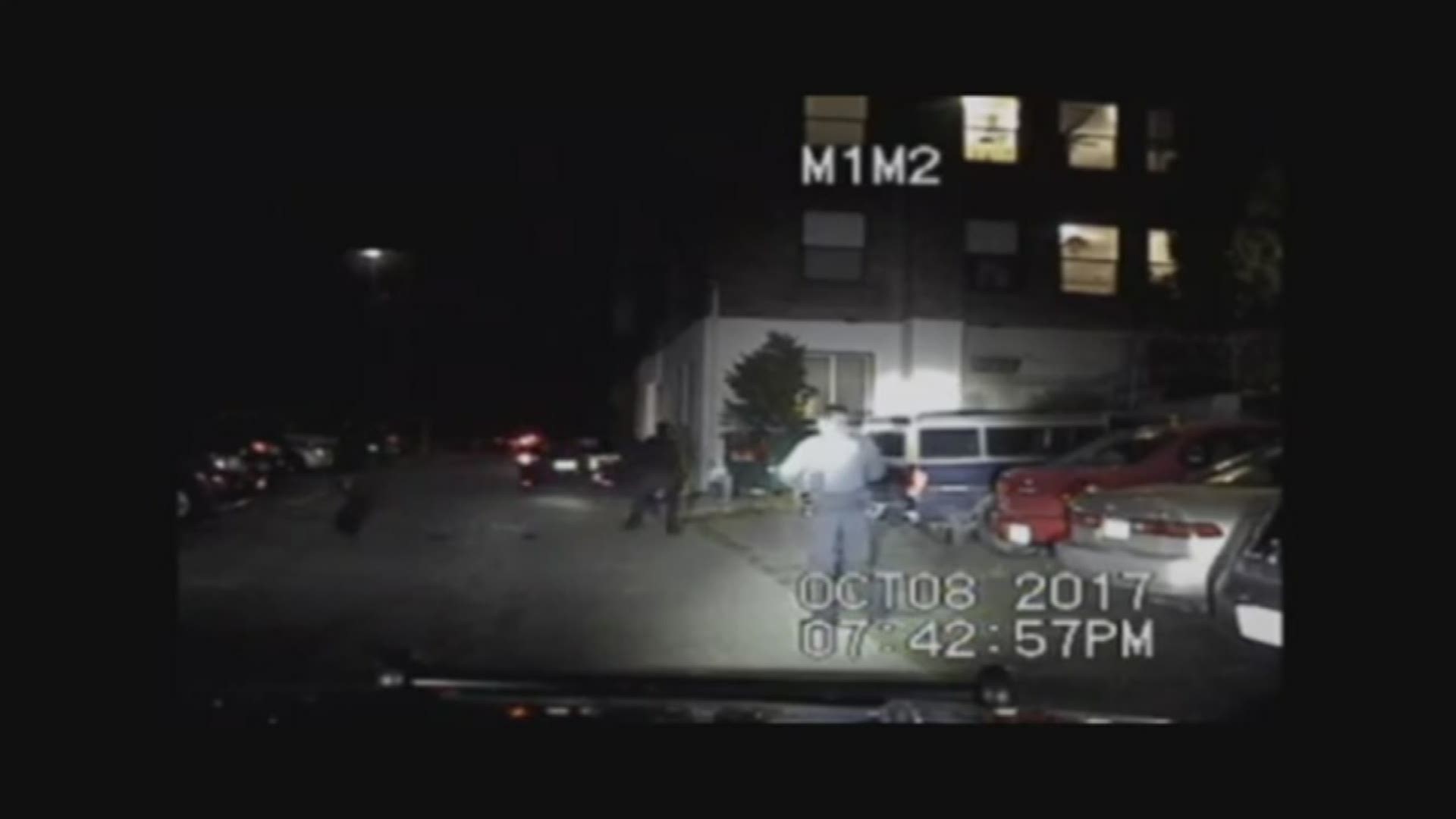 Seattle police have opened an investigation into an officer-involved shooting in the Eastlake neighborhood Sunday.

Officers were dispatched to the area for reports of "suspicious activity possibly involving a weapon."

When multiple responding officers approached the scene, the video shows the suspects attempting to ram the officers with a black Subaru Impreza. Officers fired multiple shots at the oncoming vehicle, possibly hitting the car.

Ed Baker, a forensic video expert and former law enforcement officer, looked for crucial details in the video, which were hard to see.

"What you can't see because of the reflectivity and the angles of the body worn cameras what's occurring inside the car," he said.

He gave examples like possible weapons inside the car or even muzzle flashes that could be coming from the vehicle. He said those details may have been lost in nighttime video that was likely compressed uploading it to Youtube.

According to department policy, "firearms shall not be disharged at a moving vehicle unless a person in the vehicle is immediately threatning the officer ...by means other than vehicle."

But did the officers commit a crime in firing at the fleeing car?

Guild President Kevin Stuckey said both officers who fired their weapons have yet to be interviewed by the department.

He believes while questions may come up about violating department policy, their actions do not rise to the level of a crime.

"We don't know what those officers saw," Stuckey said. "They haven't spoken as of yet, but eventually we'll get around to it. They'll be able to express what they saw, how they felt, and why they took the actions that they did."

The suspects fled in the Impreza, which was later found in North Seattle. A white Honda which police believe was stolen from the same location was later recovered in Everett.

If you have any information about this case, please call the department’s Violent Crimes tip line at (206) 233-5000.