The Sound Transit Board has started a nationwide search for the next CEO to oversee operations, including a massive light rail expansion. 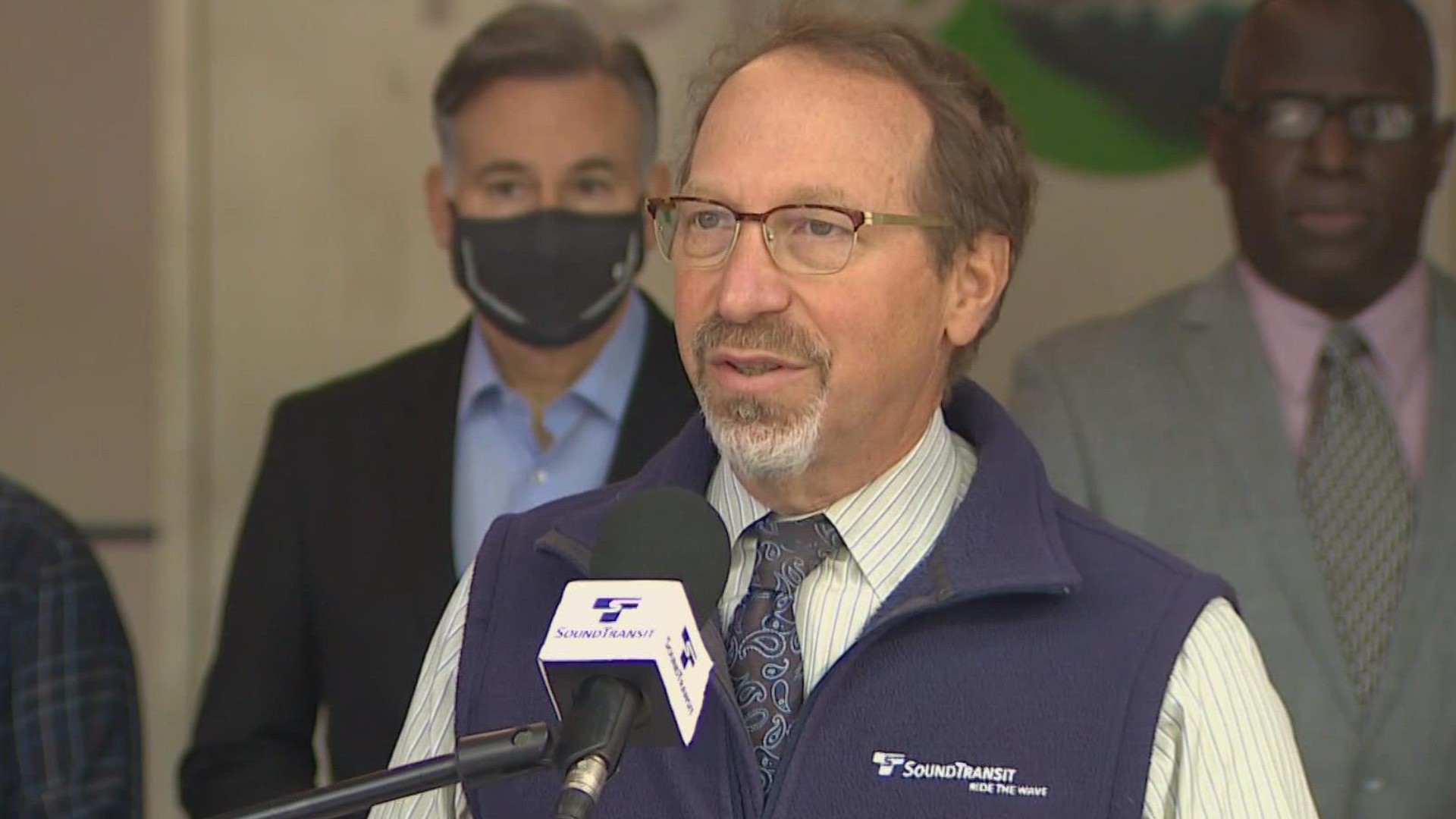 SEATTLE — Sound Transit CEO Peter Rogoff is stepping down after six years on the job.

Rogoff told the Sound Transit Board "he did not foresee remaining in his role beyond the end of 2022."

The board has started a nationwide search for the next CEO of Sound Transit, which is in the midst of a major transit expansion project with light rail.

A source inside Sound Transit told KING 5 the leadership transition may have been in the works for some time.

The new CEO will oversee opening additional light rail stations in 2023 and beyond, which includes stops in Bellevue, Federal Way, Lynnwood and Redmond.

Sound Transit Board Chair Kent Keel said in a statement, "Peter not only helped design the largest transit expansion program in America but convert the agency to one that can deliver on its very ambitious plans."