The artists who sewed the scrubs for Swedish staff were trained by the Refugee Artisan Initiative which seeks to assist refugee and immigrant women. 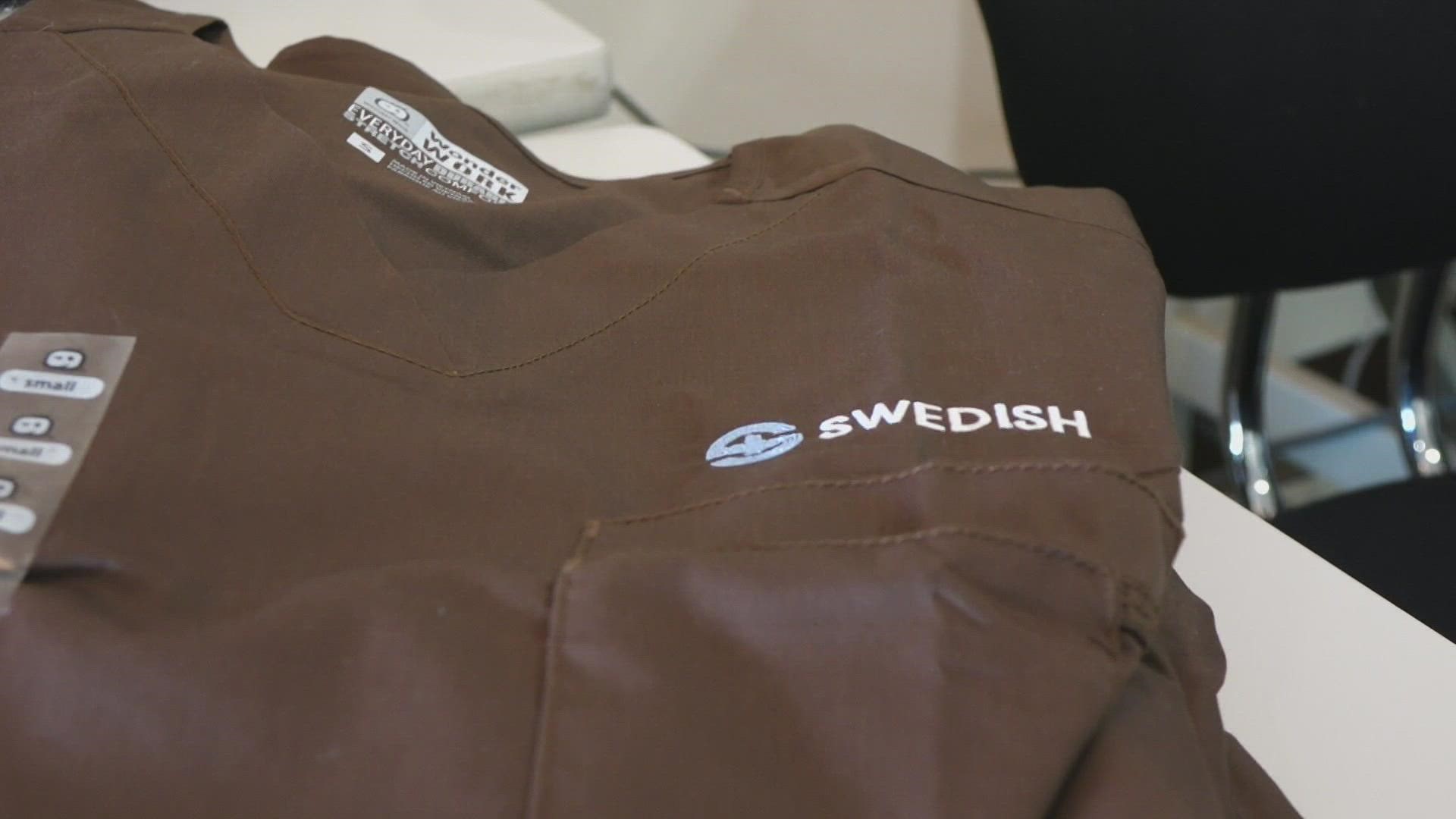 Swedish partnered with the Refugee Artisan Initiative (RAI) for what the medical staff calls “a win-win opportunity!”

RAI was established in 2017 by Ming-Ming Tung-Edelman, who wanted to help refugee and immigrant women transition to the United States. The non-profit helps women with skills training and micro-business development.

At the beginning of the pandemic, RAI led a successful mask-making program which helped fill a void when PPE was hard to come by. Through the Swedish Community Investment Funding Grant, RAI was able to create an eight-week course to train women in making medical scrubs.

“You get to support a program that helps immigrant and refugee women make a living and they are giving us custom scrubs that look great,” Christ said.

Christ said there is a one-size-fits-all issue with traditional medical scrubs, pointing out he has the same set as a co-worker who is at least a foot taller than he is.

RAI had five women training and sewing for several months to complete the order. Swedish staff said that turnaround is far faster than their traditional scrubs order.

"We ordered at the end of 2019 and didn’t get that order from overseas until 2021,” Christ said. “These are custom. They actually came and measured us. They have more pockets and that's a big deal for us. They even added our names if we want.”

Christ is a proud Air Force Veteran, something RAI highlighted on his pair of scrubs.

The embroidery itself was done by Satsuma Designs in Seattle, another social enterprise that empowers refugee and immigrant women. The end result is a professional appearance and a lower cost courtesy of a local non-profit. Women from Myanmar, Ethiopia and Afghanistan made more than 100 pairs of custom scrubs and delivered the first batch to the Swedish First Hill campus on Wednesday.

Tung-Edelman says the partnership between RAI and Swedish is changing the possibilities.

“Our refugees’ sewing skills have never been so valuable. These women will be able to provide an income for their families and achieve their own American dream,” she said.