The veto-proof legislation will raise up to $49 million per year for housing and homeless services and is the biggest head tax in U.S. history. 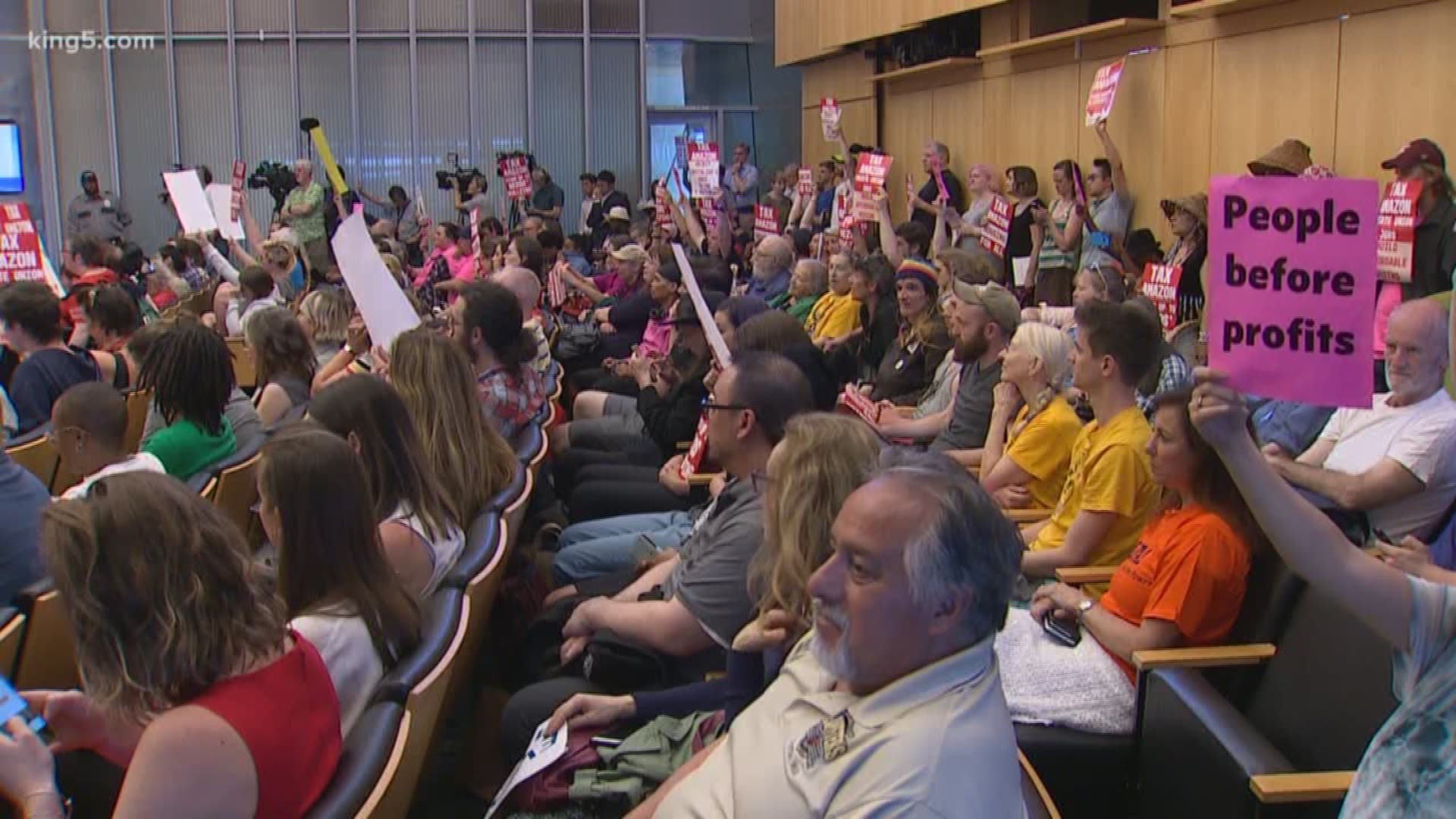 RELATED: "How is that a compromise?" Businesses question Seattle head tax

Councilmember Lorena Gonzalez said she negotiated with Mayor Jenny Durkan and her staff on the new amendment, which was unveiled hours before the council vote. Gonzalez says the new terms will be $275 a head to raise between $45 million and $49 million a year, with a sunset clause January 1, 2024.

It would only impact businesses with over $20 million a year in gross revenue. 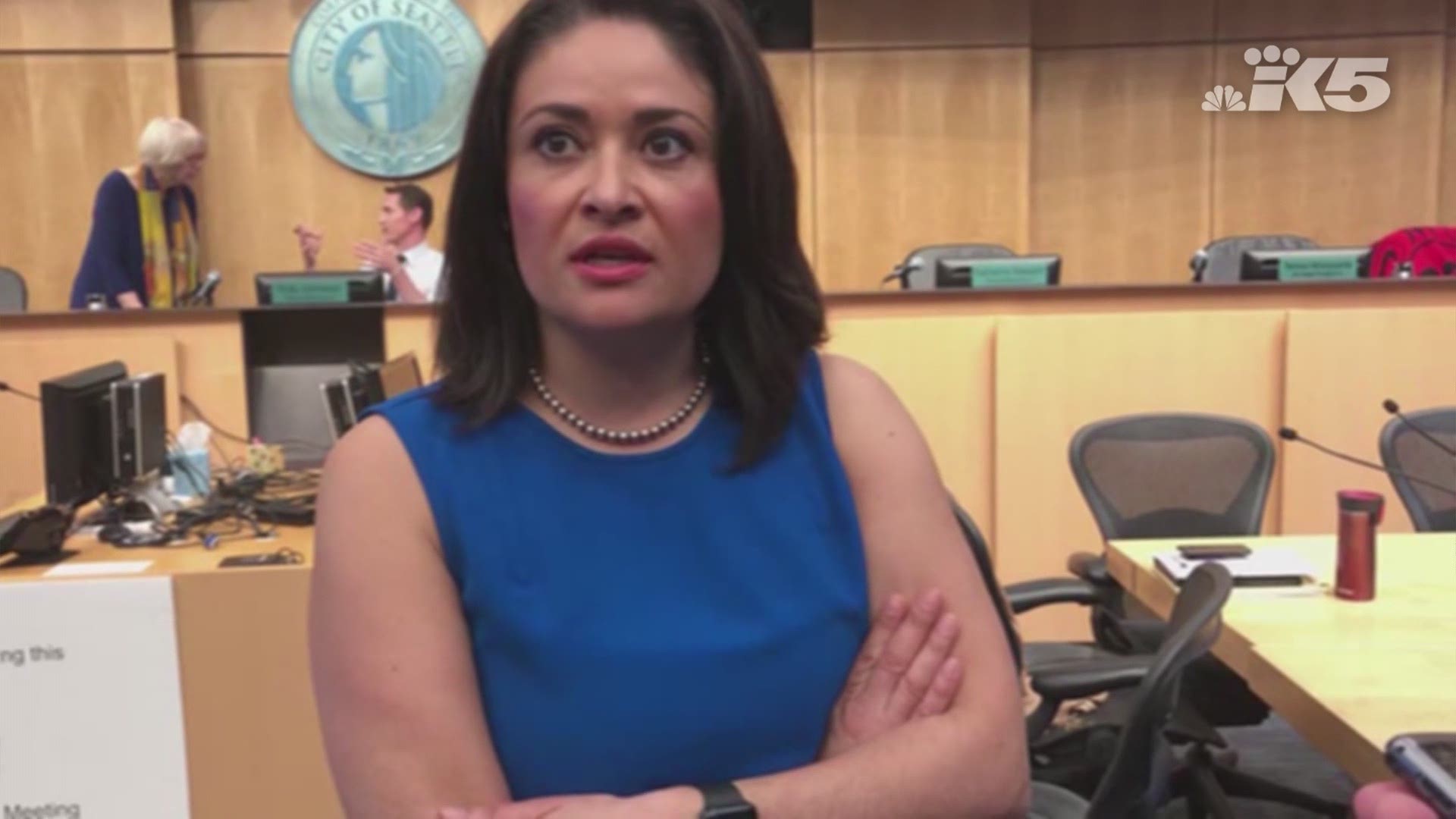 The head tax is the largest in U.S. history.

Durkan said in a news conference Monday she planned to sign the bill.

"This legislation will help us address our homelessness crisis without jeopardizing critical jobs," Durkan said. "Because this ordinance represents a true shared solution, and because it lifts up those who have been left behind while also ensuring accountability and transparency, I plan to sign this legislation into law."

Amazon, which had paused planning on two downtown Seattle office towers pending the outcome of the vote, said Monday it would resume construction planning on Block 18.

However, Amazon Vice President Drew Herdener said in a statement the company was "disappointed" with the big business tax and it forced the company to "question our growth here."

"The city does not have a revenue problem – it has a spending efficiency problem," Herdener said. "We are highly uncertain whether the city council’s anti-business positions or its spending inefficiency will change for the better.”

It came after a tense Friday committee vote where three amendments were rejected, and the council eventually approved a proposal to tax businesses at $500 a head to raise $75 million a year with no sunset.

That vote was only 5-4, and Durkan had threatened a veto under those terms.

The original bill was sponsored by four council members: Gonzalez, Teresa Mosqueda, Lisa Herbold, and Mike O'Brien. Councilmember Kshama Sawant has railed against Amazon and called for a much bigger tax. 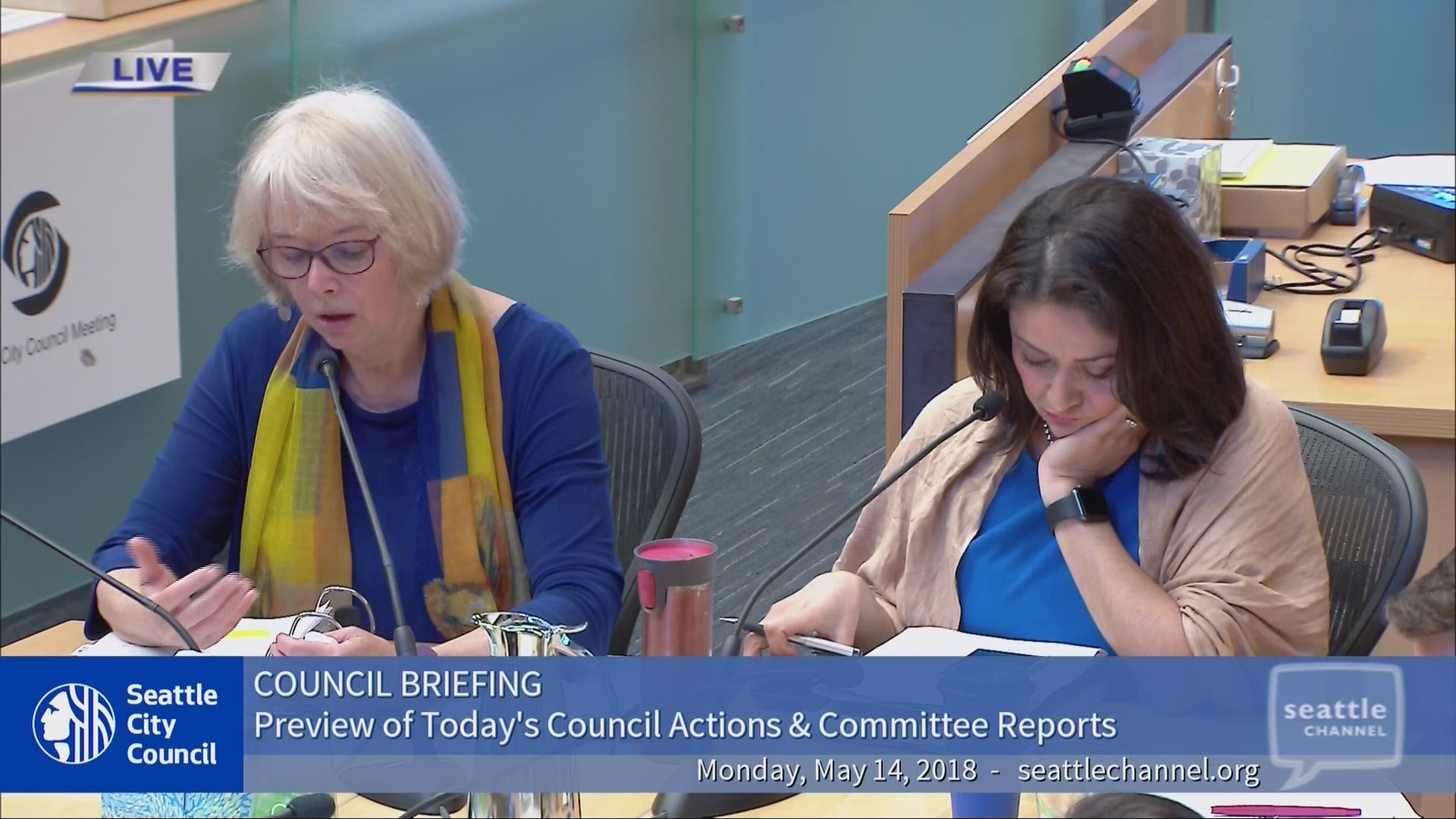 As an aside, Bagshaw chastised Sawant at a morning briefing, accusing her and her staff of using city copiers to print out her "Tax Amazon" signs, saying she found it inappropriate. Sawant did not deny it and said she believes it is OK to use taxpayer-funded equipment for her "movement." 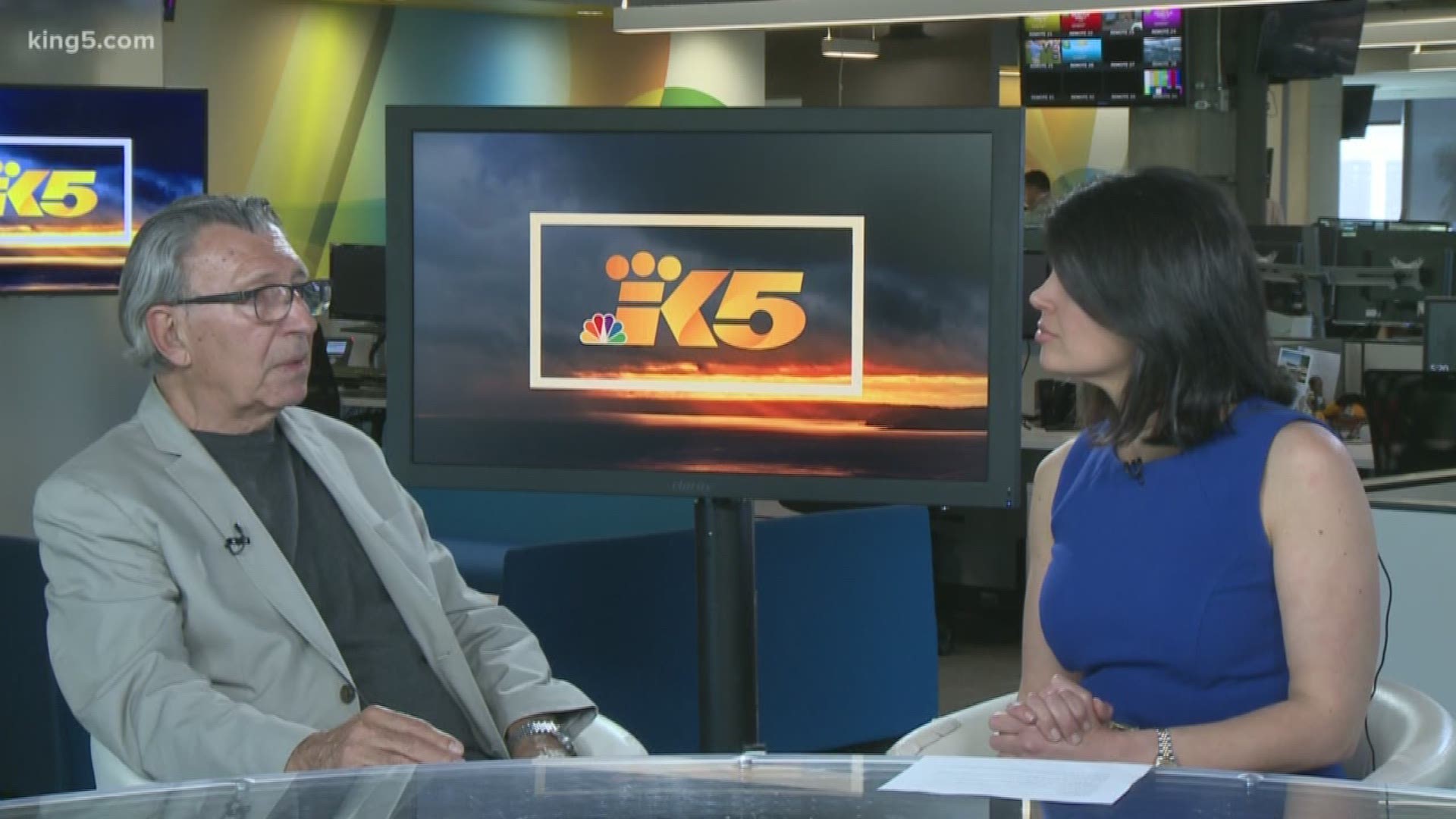 Where does the money that Seattle spends on homeless services go now? The total 2018 amended budget for homelessness spending was $77,631,259, and of that, $71 million goes to the Human Services Department.

Here's a breakdown of how that $71 million adds up:

Currently, the city had 39 providers and 155 contracts in the Homeless Division.

As a result of the new request for proposals process implemented last year, the contracts last a year, but the city says it assesses the service providers quarterly to determine whether the providers are meeting performance targets.

Additionally, some of the agencies are getting paid based on meeting certain targets, also known as performance pay, according to a spokeswoman with the Human Services Department.

“We took a huge step last year,” said Meg Olberding of HSD. “We’re trying to get away from legacy contracts.”

A new McKinsey report estimated addressing current levels of homelessness would require between $360 million and $410 million, twice what the region is spending currently.