For the first time in Seafair history, members of a retirement community entered a boat in the annual Milk Carton Derby. 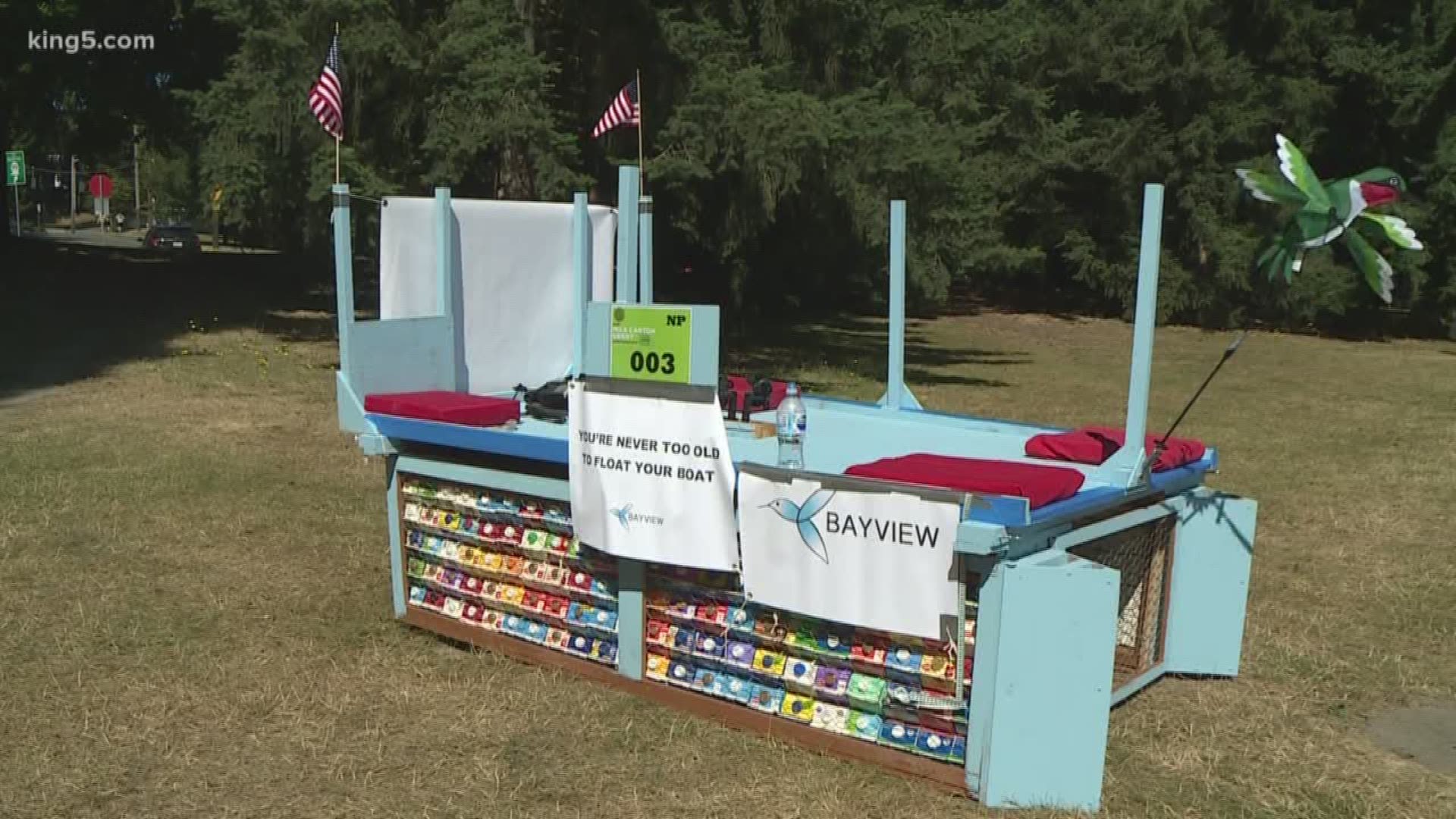 For the first time in Seafair history, members of a retirement community entered a boat in the annual Milk Carton Derby.

Residents from Seattle's Bayview Retirement Community have been collecting milk cartons and planning the event for months. The designer of the boat used his background as a retired physics professor.

"I designed and built the boat, and I'm thinking it as a child that I'm turning over to the world," said Bob Mitchell. "So anything that happens, it will have to speak for itself.

The boat floated on 224 milk cartoons, and paddlers stay on top of a wooden deck.

Each member of the five-person crew had to pass a physical fitness test. The average age of the crew was 88.

"You're never too old to do something new," said Jo Ferguson.

Even though the derby is a race, the team wasn't focused on winning. To them, the act of planning and putting together the crew was a victory enough.

"The avenue is always open to try new things, and I think most people don't take advantage," Ferguson said.

On its test run, the boat did tip to one side, forcing the crew to be towed back to shore. It wasn't the run they expected, but they still had fun.

"One of our people lost his balance, slid across and then he was lying on her leg," laughed crew member Allen Raymond. "It was hysterical."

No word yet on whether or not the team will enter again next year, but they say they'll try and keep the boat in storage just in case.