Officer Scott Miller’s testimony set the scene for the jury, describing what caused him and his partner to move in to arrest Taylor, 46, in February of 2016. 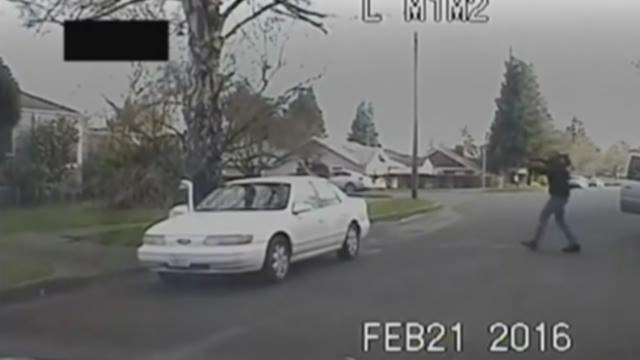 SEATTLE -- A second Seattle Police officer took the stand Tuesday to explain why he fired his weapon on Che Taylor, an African-American man who died in a police shooting last year.

Officer Scott Miller described what the violent confrontation was like during an inquest into the shooting Tuesday.

Miller’s testimony set the scene for the jury, describing what caused him and his partner to move in to arrest Taylor, 46, in February of 2016.

Taylor, a known felon, had just arrived outside a suspect drug house the officers were surveilling. It was illegal for him to be carrying a gun.

On the stand, Miller explained when he realized Taylor was wearing a holster and a handgun, after standing up outside of a car.

“His jacket was up like this,” Miller said. “I could see his gun on his hip.” 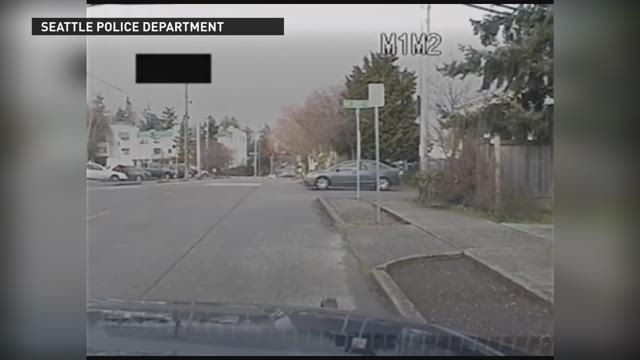 In-car video shows Miller and Officer Michael Spaulding quickly approaching Taylor who was standing on the passenger side of the white sedan. The car obscures Taylor's actions that led officers to fire their weapons.

And like Spaulding did in his previous testimony, Miller insisted he could see Taylor's right elbow moving in a verticle motion.

“Did that concern you?” asked senior deputy prosecutor Jennifer Ritchie.

“Why did that concern you?” she asked.

“That is a telltale symbol of someone who is armed with a gun drawing a gun,” said Miller.

A handgun was later recovered from inside the front passenger side of the car.

“You would describe Mr. Spaulding is your friend correct? Are you sure you're not covering for your friend?” asked Bible?

In his line of questioning, Bible offered some alternative options for the jury to consider. He pointed out that Taylor may have taken the officers’ undercover car to be that of a drug dealer’s.

Also, holding Miller's shotgun, Bible suggested to the jury that when an officer points a weapon at someone and yells an order, with multiple officers surrounding the suspect also pointing weapons and screaming different commands, that the suspect may not be able to follow the orders necessary to avoid being shot by police.

“No matter what he was doing he was going to get shot that day,” muttered Bible, to the objection of Miller and Spaulding’s attorneys.

An inquest is only a fact-finding hearing. The jury's decision carries no civil or criminal penalties.

The King County Medical Examiner is expected to testify Wednesday.