A group who follows news on the Edith Macefield House posted that "word on the street" is that the home would be coming down, but not so according to a new report. 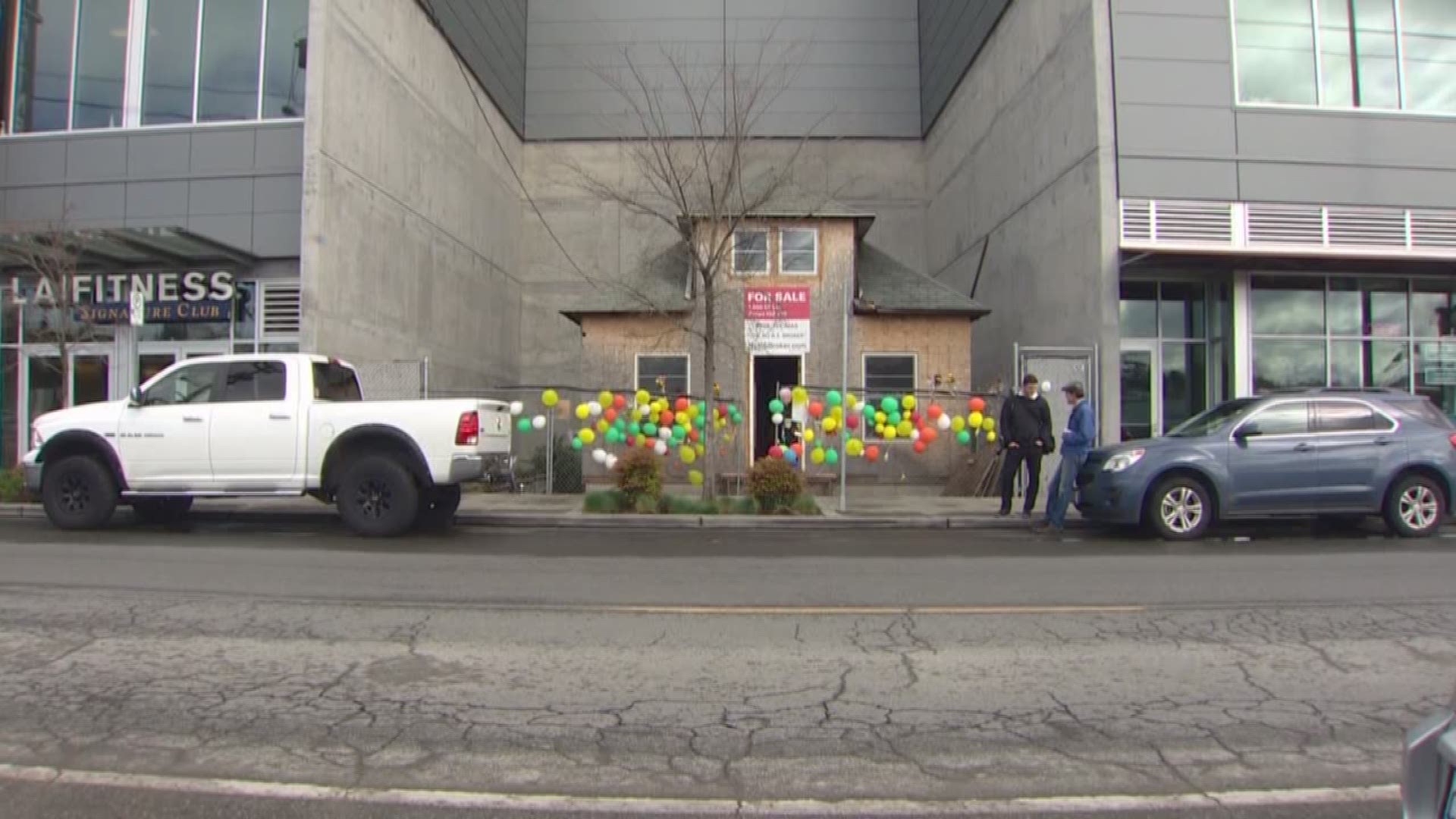 The company that owns Edith Macefields house, Seattle's 'Up' house, told myballard.com it is keeping the house.

Regency Centers plans to tie the house to the Ballard Blocks II project, now under construction. “We have no plans and no intention to demolish this house,” said Craig Ramey, managing director of Regency Centers according to myballard.com.

Rumors around the neighborhood had circulated saying the house could be demolished at 6 a.m. Friday -- according to a Facebook event page created by the Edith Macefield House group -- after hopeful plans to get the house moved failed.

The Edith Macefield House in Ballard became part of Seattle Folklore ever since she refused to sell her home to corporate developers. Gaining worldwide attention in 2006, she refused even when the shopping complex Ballard Blocks offered $1 million for the 1900-era small house at 1438 NW 46th Street.

In 2009, Disney publicists tied balloons to the roof of Macefield’s house as a link to the Movie “Up.” The movie was written in 2004 before her home was in jeopardy.

The home was surrounded on three sides by concrete walls of the shopping center, standing in stark contrast to the development.

Macefield died in 2008 at the age of 86 and left the house to her caretaker. The house has remained vacant since.

Real estate broker Paul Thomas said in July 2015 that the house would be saved by a nonprofit organization.

A bank who did not disclose their name donated the house to a nonprofit, OPAL Community Land Trust, KUOW reported in August 2015. The group agreed to save the house by floating it away, not with balloons to paradise falls, but on a barge to an equally imaginative location; Orcas island.

Even with these uplifting plans, OPAL needed the funds to fix up and move the house or else it would face potential demolition. The nonprofit launched a Kickstarter with a goal of $205,000 but only reached $18,649.