Seattle's soda tax that takes effect in the new year raises the price of sugary drinks 1.75 cents per ounce. 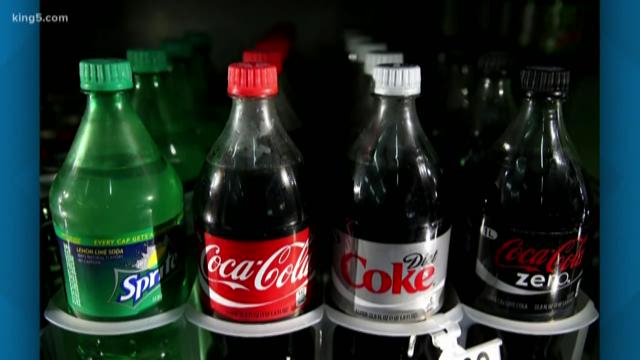 Seattle's new sugar tax will take effect on January 1 and will cause the price of most sugary drinks to rise.

In June the Seattle City Council passed a 1.75 cents per ounce tax on a wide variety of popular beverages including sports drinks, energy drinks, soda, and juice boxes.

The tax passed the city council with a 7-1 margin. Councilmember Lisa Herbold voted no, and Councilmember Kshama Sawant was absent.

Distributors will be required to pay the tax, and they're expected to pass on at least some of the added costs to consumers.

Supporters argued the levy would reduce consumer consumption of sugary drinks that have little nutritional value and have been linked to obesity, diabetes, and other health problems in some studies.

Businesses and labor groups that opposed the tax argued it would hurt small businesses and cost jobs. Additionally, other critics said the tax would hit low-income consumers the most.

Seattle is among a handful of municipalities nationwide that have voted in favor of soda taxes. Since Berkeley, Calif., enacted such a levy in 2015, seven other municipalities, including San Francisco and Philadelphia, have backed similar taxes, according to Real Food Media, an advocacy group that promotes "sustainability and equity along the food chain."

The Chicago area's Cook County enacted a similar soda tax earlier this year but scrapped it in October amid business opposition.