Seattle's longtime Showbox could be demolished for high-rise

The Showbox has been a mainstay music venue since 1939 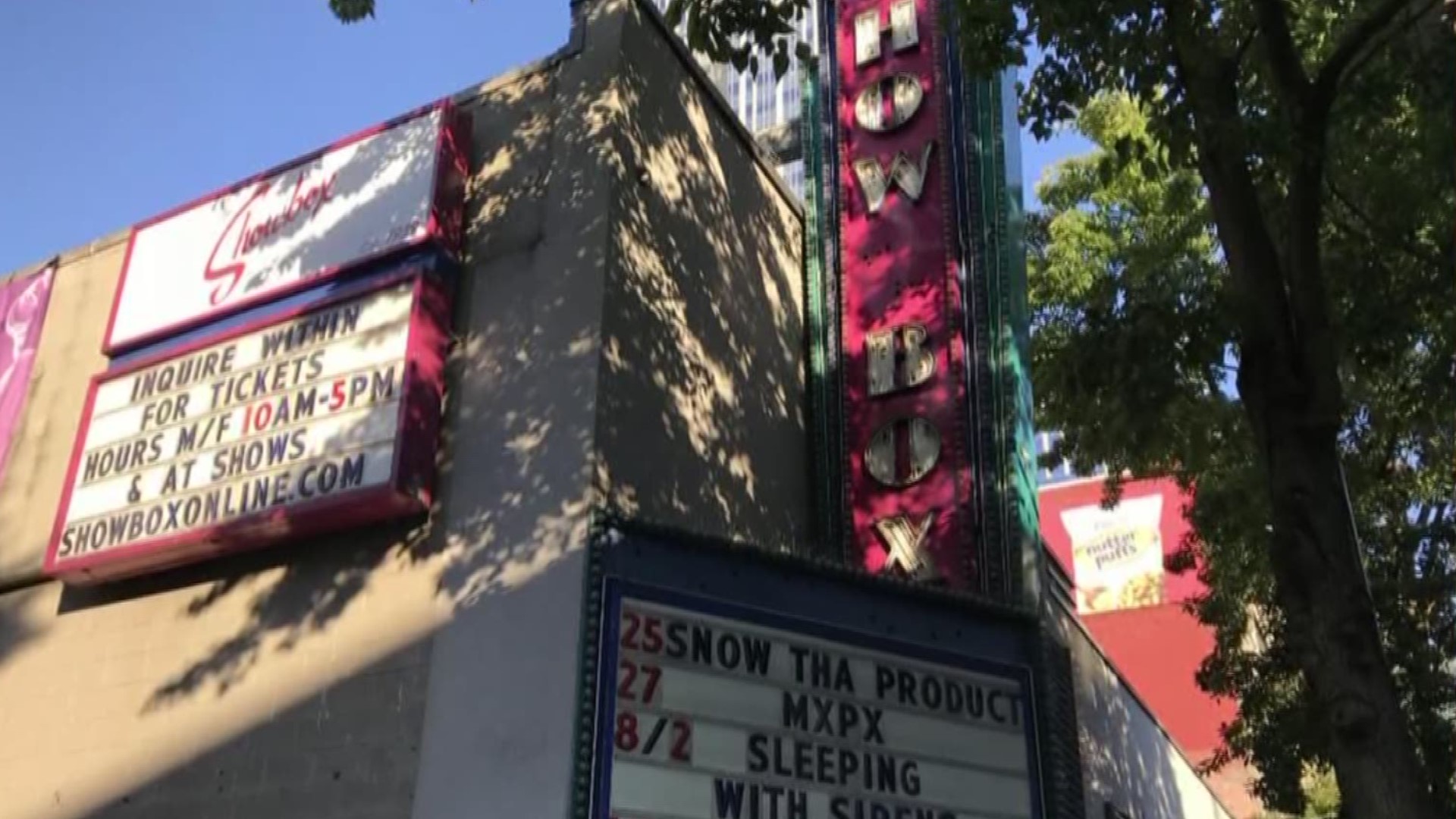 Seattle's beloved Showbox music venue is slated to be demolished and replaced by a 44-story apartment building.

Plans for the new development were filed this week by the Vancouver, BC-based Onni Group. The major developer of high-rise apartment buildings and large housing complexes built 12,000 homes in the last decade.

The Daily Journal of Commerce reported, in addition to the Showbox, Omni is also developing high-rise office buildings on the two former Seattle Times blocks.

The building would stand 440 feet tall and house 442 residential units with 700 rooms. Since the property is across from the Pike Place Market Historical District, it does not have to follow the same zoning laws.

The Showbox's development is joined by another in the nearby area where a 14-story hotel is being planned on the site of the 1897 Hahn Building, also known as the Green Tortoise Hostel, another historic Seattle site.

Yesterday, the venue celebrated its 79th birthday. The two-story Showbox building was constructed in 1916 and was turned into a music venue in 1939.

Seattle with one more tower, but without the one and only Showbox, would be a Seattle diminished. Impoverished. We should not tolerate losing places like this. We will not.

With such a loyal following and fan base, the Showbox will be dearly missed by Seattlites if the building is demolished.