The Sustainable Business Summit was supposed to focus on climate change but the head tax dominated the discussion in the hallways. 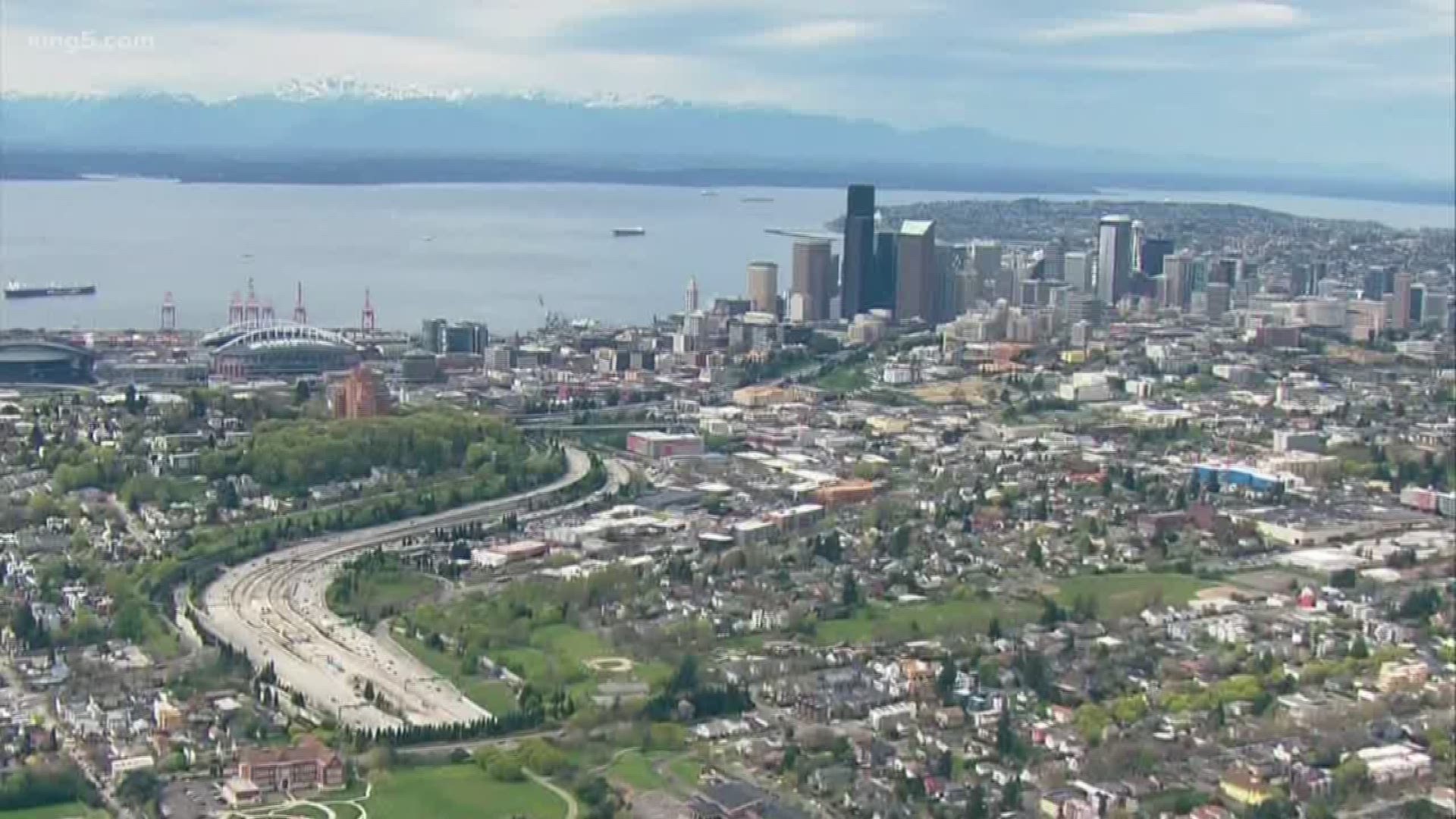 All the talk in Seattle on Thursday was supposed to be about climate change but the head tax controversy stole much of the attention.

Bloomberg's Sustainable Business Summit brought together dozens of business leaders for an afternoon of discussion. Former Vice President Al Gore was the headliner, joined by Microsoft President Brad Smith. It was a day marked for talk about carbon taxes, not head taxes -- but out in the hallway, State Senator Reuven Carlyle wanted to discuss the business climate change that has dominated discussions, and been red hot this week.

"I'm still a bit uncomfortable with it," said the Seattle Democrat about the employee hours tax passed by the Council and Mayor this week. He says he's been a staunch opponent of the proposal, which this week was approved in compromise form. The ordinance, approved 9-0 by the Council and signed by the Mayor, calls for a $275 a head tax on businesses with more than $20 million in gross revenue.

It aims to raise $45 million a year for housing and homeless services. How it is spent, however, was not officially approved. The "spending plan" as it was called, signals 2/3rds of the money will be used for roughly 900 units of affordable housing. Seattle Mayor Jenny Durkan has said she can not support the current, non-binding, resolution on how to spend it.

That will likely mean there will be continued, heated discussions about what the City has spent thus far.

A public Council committee review on Thursday cited data showing a combined $93.4 million in spending on Seattle in 2017 alone, through a mix of levy dollars, bonds, incentive zoning, federal support and land sales. The total Seattle investment is now listed at $300 million, according to the Council review.

"I'd like to address the issue of state support and regional support before we recognize a downstream problem," acknowledged Carlyle.

Amazon and Starbucks have both weighed in publicly to express their concerns about the ordinance, with Amazon saying it will question future growth in the City. Smith did not address the issue at the Bloomberg Summit, and politely declined a request for a company response. Microsoft does have an employee presence in Seattle, albeit much smaller than the Eastside. It could easily transfer employees out of the Seattle to a redesigned Redmond campus, although Council members discounted the idea in the run-up to the vote.

Senate Minority Leader Mark Schoesler, (R) Ritzville, has said he will present legislation to ban the head tax in Olympia in January, just as the new law is set to take effect. Carlyle says he won't go there, but acknowledges that further vetting is needed of the spending plan. "Prior to any kind of withdraw or any kind of preemption or anything like that - we need an investment plan that makes much more sense," he said outside the conference.