Neighbors say Seattle's oldest park has seen more people camping there this summer, with more drug use and crime, and they want the city to help. 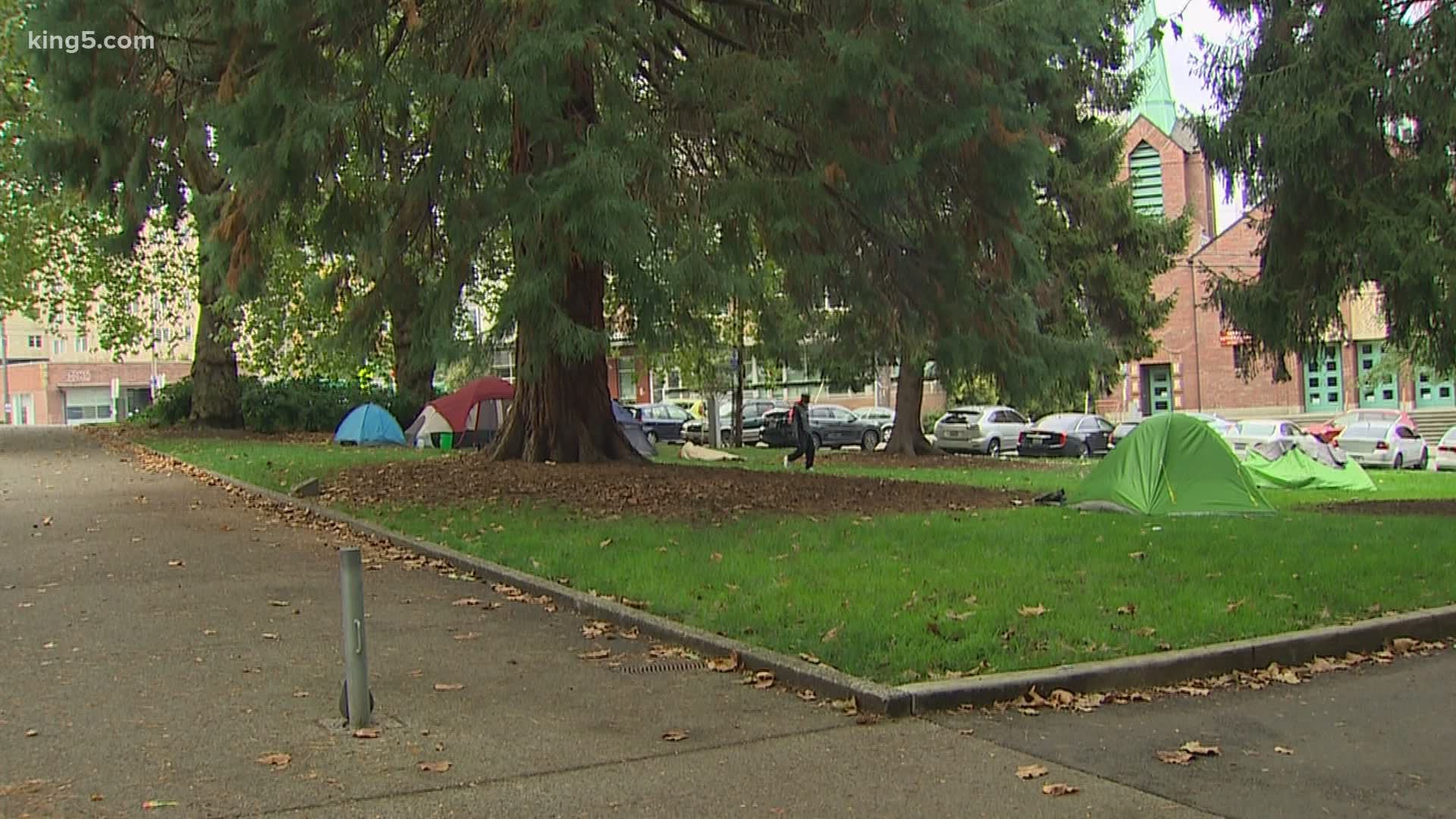 SEATTLE — Andrea Nasarow said she and her neighbors believe Seattle’s oldest park is struggling with crime and drug use.

"Denny Park was once a beautiful park that welcomed everybody in the neighborhood," Nasarow said.

"For the last three weeks, I've been walking through here and documenting everything that I've seen and I've been quite shocked about the public health hazard I've identified," she said.

She shared photos showing used needles and trash around the park.

Last week, in response to similar complaints, Seattle Parks and Recreation added a portable bathroom and a dumpster to the area.

But Tim Gaydos from "Friends of Denny Park" said it isn't going to solve the real problem.

"I think right now in our city, that's what we're seeing is a real mental health crisis and a drug crisis where we're not really going after a lot of the issues right now," Gaydos said.

He formed the "Friends of Denny Park" group four years ago wanting to re-establish the allure of the city’s original park. He said he started noticing more issues at the park this summer.

"On one day alone, we picked up 200 needles," he said. "There's really a collection now of pretty much everyone in the neighborhood has avoided the park."

Gaydos said they wrote the city back in July but have still gotten no guidance.

"I'll be honest, it's been disappointing," he added. "That's the thing that for us that was frustrating is not really getting any sort of response, we've got a whole coalition of people ready to serve and help at a moment's notice."

In a statement to KING 5 regarding the issues at Denny Park, Mayor Jenny Durkan's office said Seattle police will still respond to crimes there and Seattle Parks and Recreation will still offer cleanup.

However, the statement added, "It’s important to note that [Seattle Parks] does not remove encampments. That is the realm of the Navigation Team, which the City Council voted to defund. Due to Council’s vote to completely defund the Team, all Navigation Team operations – including the Team’s work to remove encampments that pose public health and safety risks – are suspended."

The Seattle City Council did not immediately respond to requests for a comment on this story.

"Let's not play politics with people's lives here," Gaydos said. Meanwhile, he said there are people willing to help, but the city needs to step up.

"This isn't just about 'Oh, hey, you know, our kids and families can't come to the park anymore.' It's also about the folks who are really struggling with mental health and drug addiction issues. And we can't just kick the can on that," he said.