For the second year in a row, Seattle's cruise season has been canceled. 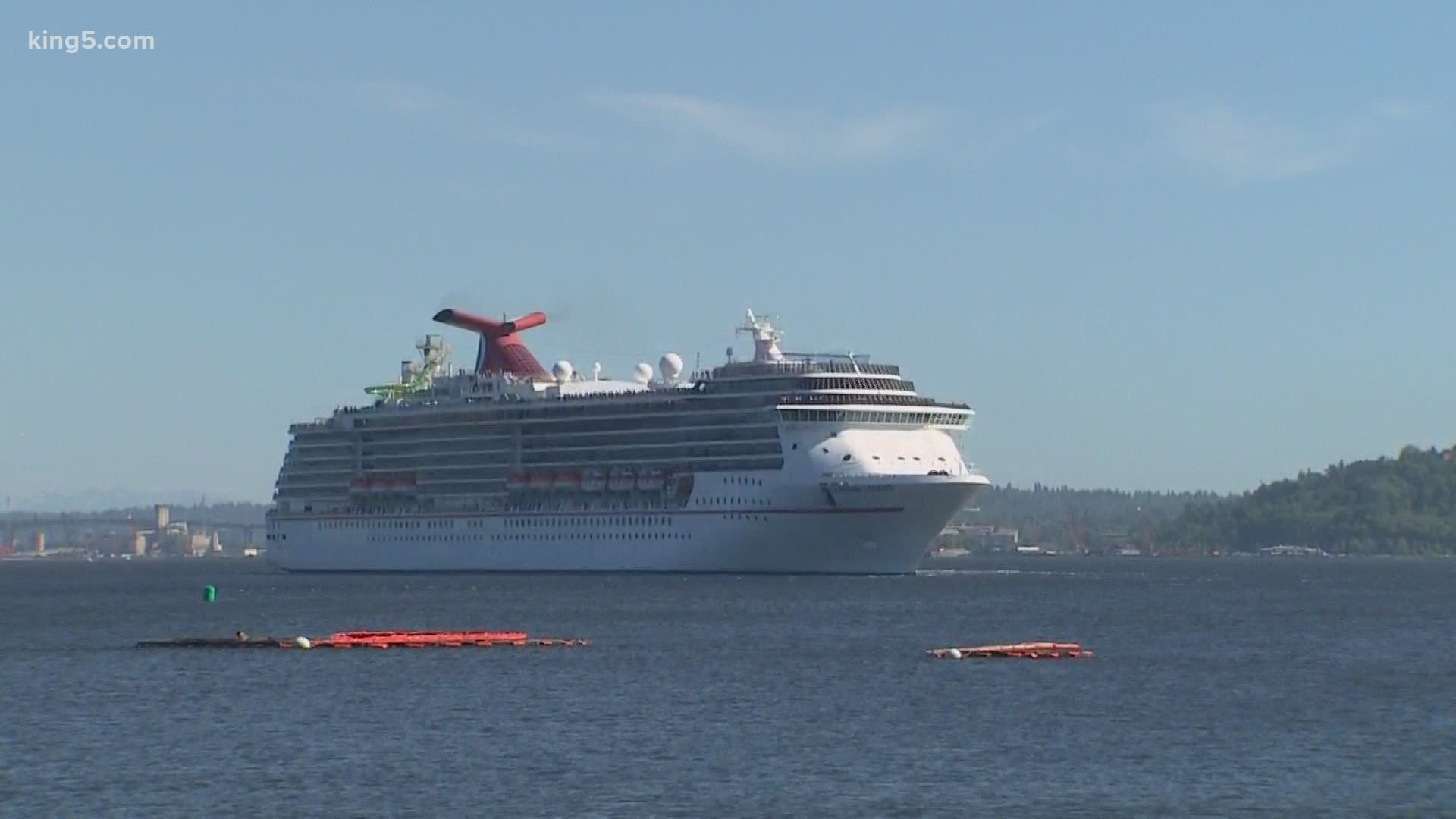 The Canadian government has extended a ban on cruise ships through Feb. 2022, which is expected to block many ships from visiting Alaska this year.

Canadian authorities made the decision to extend the ban in order to prevent the spread of COVID-19. That extension creates a multi-layered economic impact, not only in Washington state, but in Alaska as well.

"So many businesses really depend on cruise, and the tourism industry in general as part of their livelihood,” said Stephanie Jones Stebbins, the Maritime Managing Director for the Port of Seattle.

For the second year in a row, Seattle's cruise season has been canceled. Last season's shut down brought a $900 million loss for the economy.

With business on pause again, industry leaders are concerned about how they'll be able to climb out of this latest setback.

Seattle's cruise industry relies on Canada. The Passenger Vessel Services Act requires that ships out of Seattle headed for Alaska, have to stop at a foreign port in between, which in this case, is Canada.

The Cruise Lines International Association - North West & Canada says the industry supports 23,000 jobs in Alaska. In a statement sent to KING 5, the organization said, “The impact of the suspension of cruising in Alaska has been devastating, and the prospect of another year without cruising is daunting.”

Locally, the cruise industry shutdown has resulted in the loss of 5,500 jobs, and $900 million in economic impact.

"The cruise business in Seattle is a really significant economic engine important part of our economy. Every time a cruise ship calls here it's $4 million into the Seattle economy,” said Stebbins.

Stebbins is calling for federal relief to help those impacted by the loss of the tourism and travel industries.

"I think that, absolutely, relief needs to be part of the question, and we are doing our part to make sure that when it is safe to cruise, Seattle is ready,” said Stebbins.

In a statement posted on its website, the Port of Seattle says, “There remains a possibility of a limited cruise season in Seattle this year, nonetheless, the health and safety of our community comes first, and we await further guidance from the U.S. Center for Disease Control (CDC). We will continue working closely with federal and local officials and our industry partners to implement the latest health and safety requirements to support a safe return of cruise. When it is safe to cruise Seattle will be ready.”