New research from the Seattle Metropolitan Chamber of Commerce says Seattle voters are not seeing improvement in "quality of life." 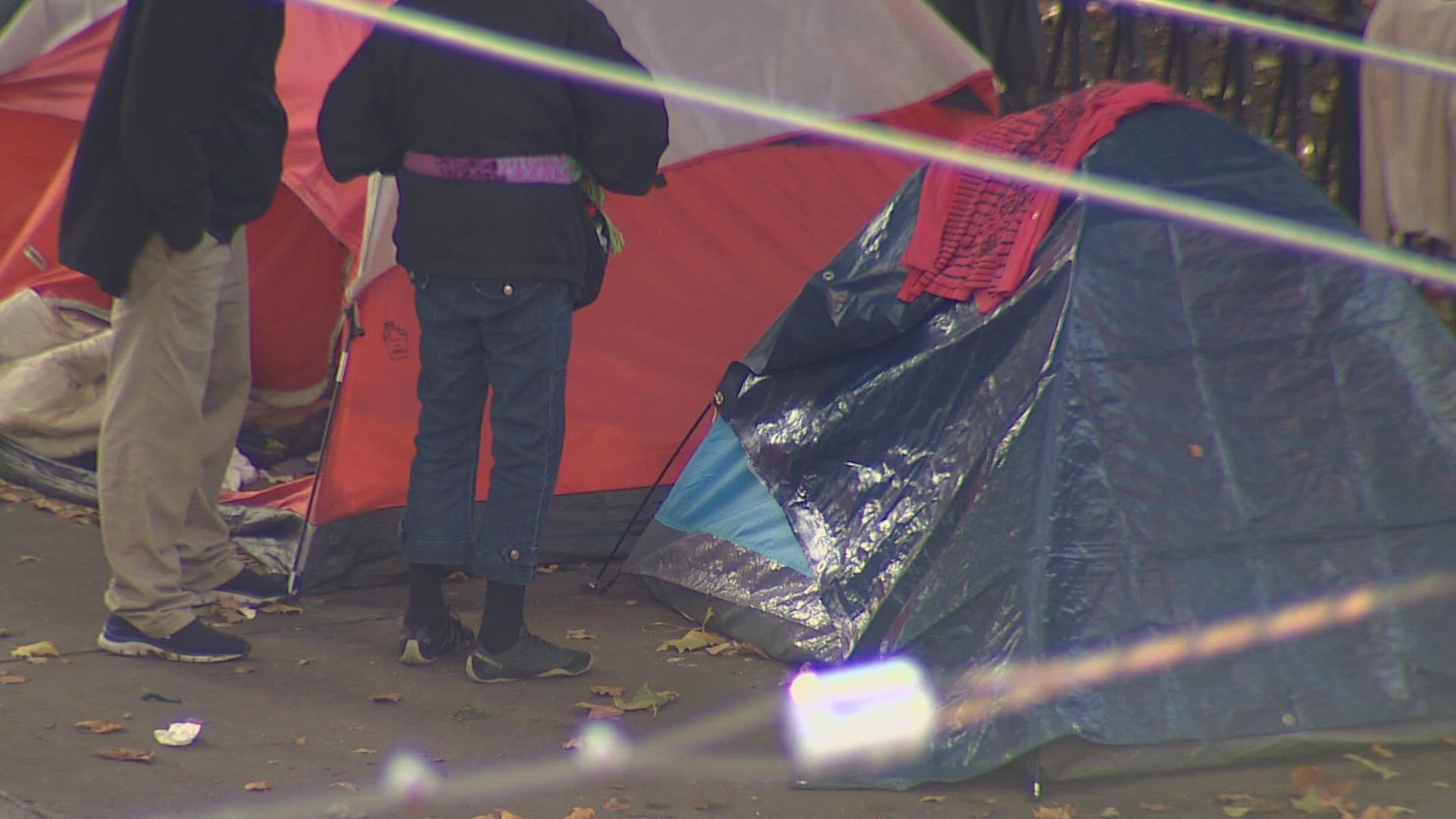 SEATTLE — A new research survey from the Seattle Metropolitan Chamber of Commerce found Seattle voters think quality of life in the city has not improved, as homelessness and public safety remain top concerns.

Key findings from this year's index research found that 3 of 4 surveyed feel quality of life is worse than four years ago.

"They don't think downtown can recover until homelessness and safety are addressed," Seattle Metropolitan Chamber of Commerce President and CEO Rachel Smith said.

The report also found that 6 in 10 voters have actively considered moving out of the area with affordability, public safety and homelessness as their top reasons.

"A big part of the frustration is, voters don't feel like they're seeing visible progress on these issues," said EMC Research Senior Principal Andrew Thibault.

458 registered voters were surveyed via phone and text-to-web interviews for the index report.

Business owners in downtown Seattle like Bill Rieg, owner of Seattle Flowers, have been worried by the direction the city has taken when it comes to street crime and homelessness.

"To say that we're concerned is really an understatement," Rieg said.

Established in 1947, the store has called its Pioneer Square address home for the last 20 years. In the six years of owning the shop, Rieg has seen at least three windows broken and one of his employees assaulted.

Drug use has also become a major problem, according to Rieg.

"It's so commonplace to see people injecting drugs in the alley that we don't call. I mean, that's just a daily occurrence," Rieg said.

John Nogales, a floral designer at Seattle Flowers, recalled a time about a month ago when a man broke through the glass door during midday.

KING 5 asked the Seattle mayoral candidates about the new research during a virtual forum on climate change held Tuesday night.

"What I'd like to see are active caseworkers. What I say by name only, caseworkers in the parks. Making sure we begin the process of case management, aggressively," Harrell said.

"We have to invest appropriately in the scale needed to meet the needs of those with behavioral health issues throughout the city," González said.

Downtown business owners like Rieg and his staff are listening to what the candidates say and may be compelled to relocate should they not see meaningful change.

"It's really caused myself and a lot of other people to seriously think about whether it's worth staying here in business any longer," Rieg said.