On March 11, 2021, Seattle police arrested a 50-year-old woman for investigation of homicide. 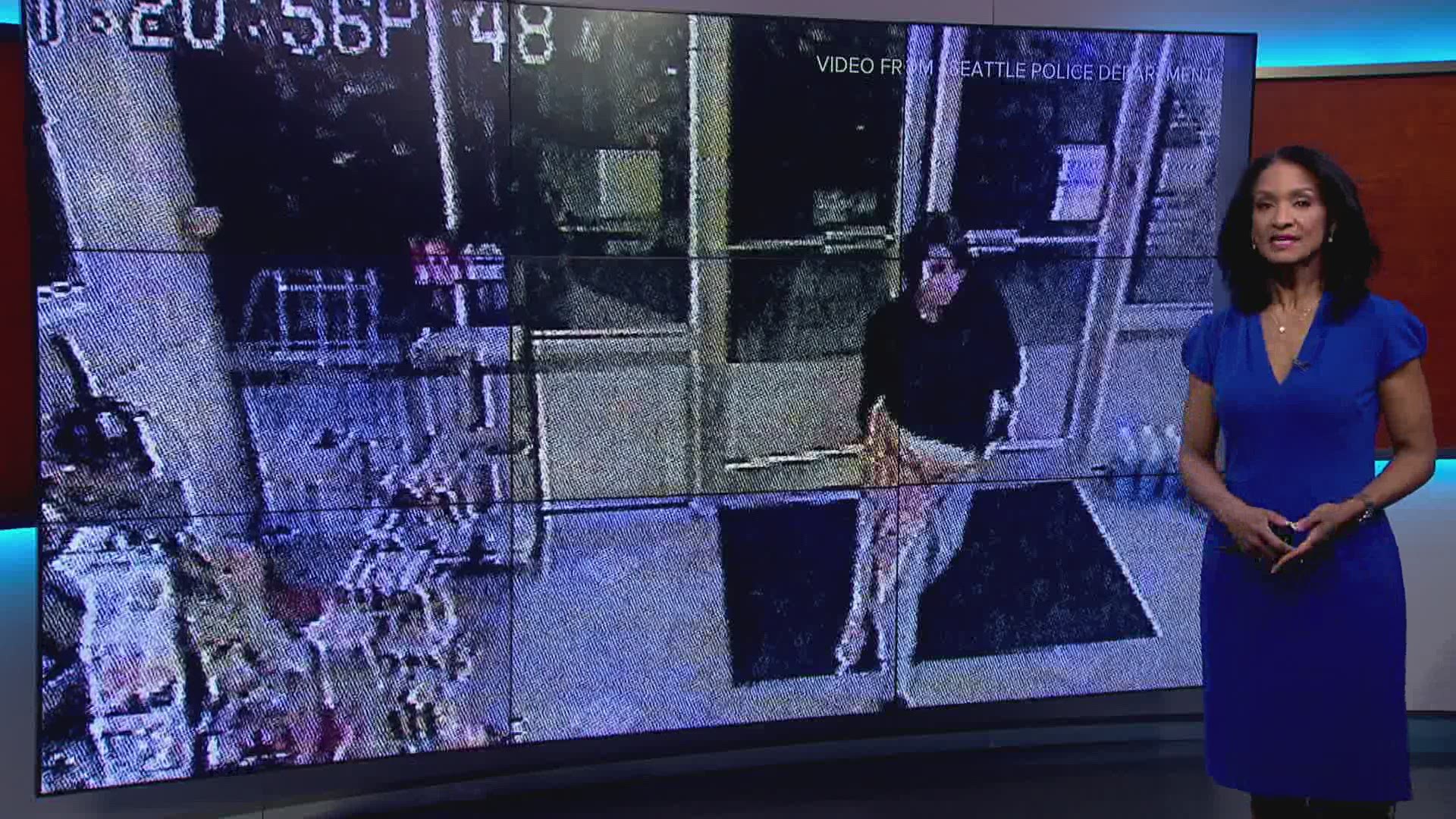 SEATTLE — Seattle police arrested a 50-year-old woman for investigation of homicide 23 years after her newborn son was found dead in a trash can at a Lake City gas station.

On Nov. 20, 1997, police were called to the gas station in the 8700 block of Lake City Way Northeast after the child was found inside a restroom.

The King County Medical Examiner determined the child was born alive. The case was investigated as a homicide.

Police at the time were unable to identify the woman, but did obtain DNA evidence from the scene. That evidence was given to the Washington State Patrol Crime Lab, but no match was found.

In 2018, Seattle detectives continued with the investigation, obtaining information from a genealogy website. They found a woman who had a possible DNA match and fit the description of the woman seen on surveillance footage in 1997.

The suspect's DNA was obtained through an undercover operation. It matched the sample in the crime lab database.

The woman, now 50, was booked into King County Jail.