The nearly $2 billion project in downtown Seattle has been hampered by the sudden drop in hotel revenues last year, which were being used to pay for the expansion.

The nearly $2 billion dollar project in the heart of downtown Seattle has been hampered by the sudden drop in hotel/motel revenues last year, which were being used to pay for the expansion next to Interstate 5.

Developer Matt Griffin told the WSCC board of directors that King County has already agreed to a $100 million bridge loan, and he received indication late last week that the City of Seattle was also willing to cover some of the shortfall through a loan.

That letter, signed by Seattle Deputy Mayor Mike Fong, however only said "there is a path forward," but it was "not a commitment the Mayor's Office can make alone." 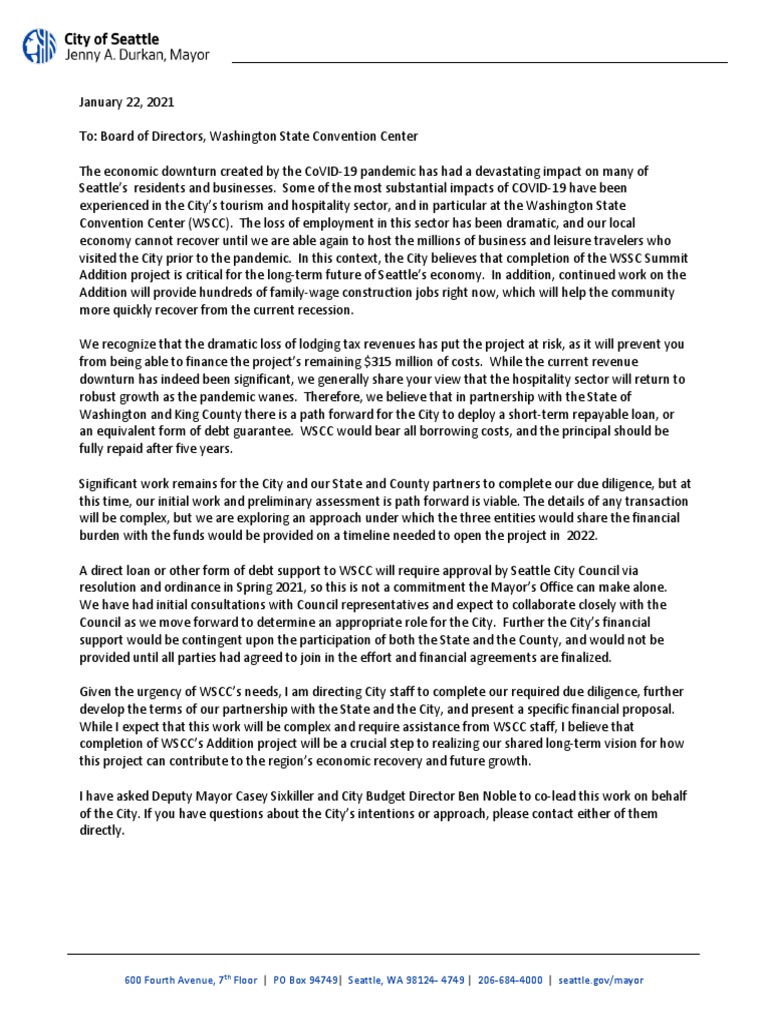 Letter to WSCC board of directors | Recession | Debt
The economic downturn created by the CoVID-19 pandemic has had a devastating impact on many ofSeattle's residents and businesses. Some of the most substantial impacts of COVID-19 have beenexperienced in the City's tourism and hospitality sector, and in particular at the Washington StateConvention Center (WSCC).

Seattle Mayor Jenny Durkan has recused herself from any decision making, because a family member previously did legal work on the project. She reiterated that to KING 5 during an interview on Tuesday.

Griffin said the project would still need state legislative help, if the City of Seattle did also grant loan money, which would be repaid when revenue stabilizes.

The WSCC board of directors did not object to giving Griffin two more months to find the money. Griffin said shut down plans are already in place, should the effort fall short.

Shawn Virk owns the Romio’s Pizza across the freeway from the project, and his windows have a direct line of sight on all the construction.

He said he feels torn about the request for help from the city, saying that his business has dropped to 25-30% of pre-pandemic levels because of the loss of conventions and visitors. Yet, he wonders why the project doesn’t cut costs, and whether there will be any accountability, especially as businesses like his suffer.

"If we're gonna bail them out, at this point, I'm not sure do the city, or county, all of them have the funds to really do it? And what the priorities of us has to be?" said Virk.

The board of directors is expected to make a decision on the future of the project by the end of March.