Pictures of the damage showed graffiti on an Amazon truck and a mural. Windows at the Henry Art Gallery and a Starbucks in the University District were broken. 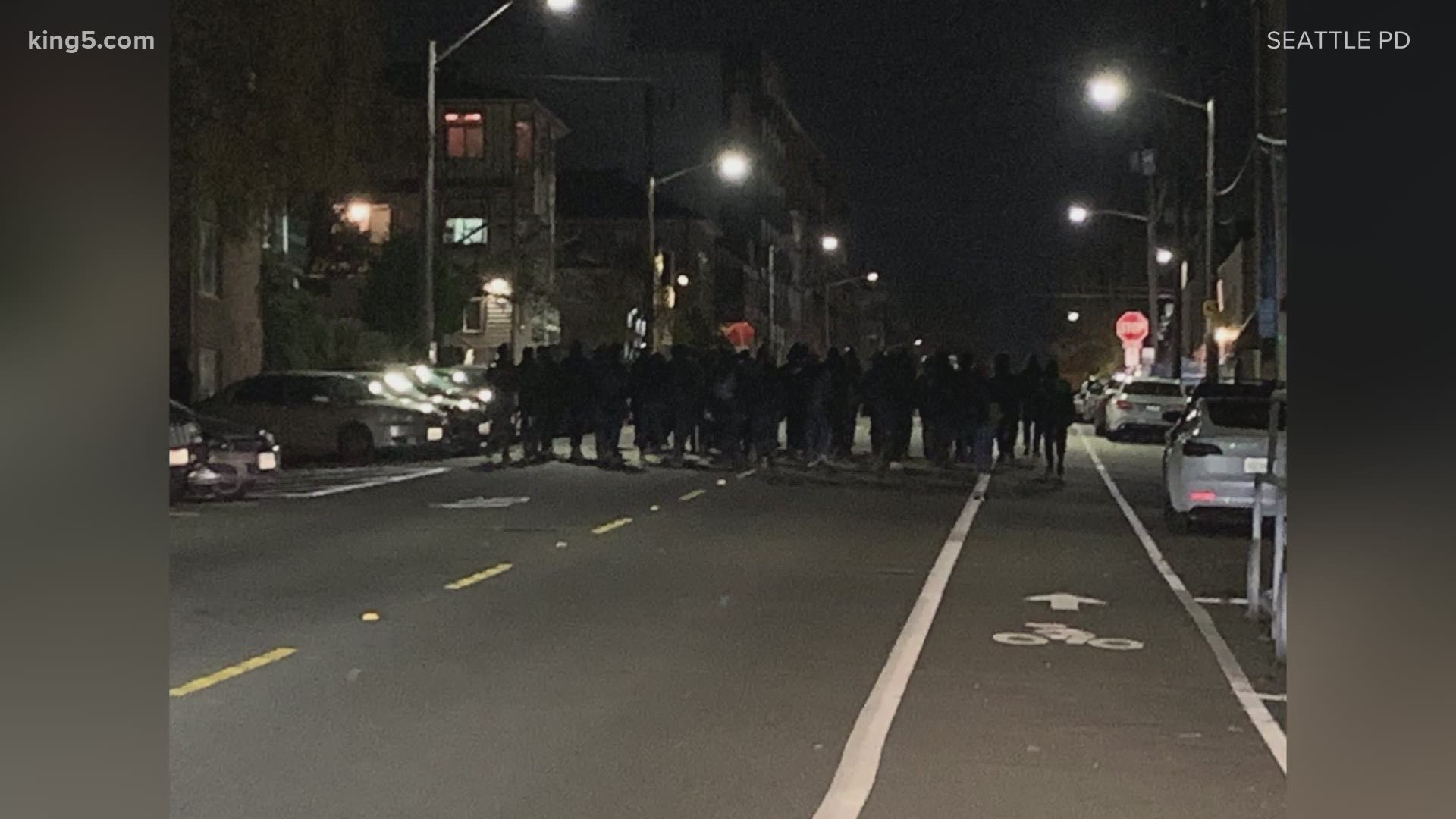 SEATTLE — Dozens of people marched through the streets of Seattle's University District on Friday night breaking windows and graffitiing property, according to Seattle police.

Police tweeted photos of vandalism, including graffiti on an Amazon delivery truck and a mural, as well as broken windows at a Starbucks on University Way Northeast.

At one point, the marchers pulled dumpsters into the roadway on Northeast 50th Street, blocking traffic.

Windows of the Henry Art Gallery were also broken.

UW maintenance crews are cleaning the paint and will board and then replace the windows.

UW police did not make any arrests.