The "Bill of Rights" creates a new standards board to protect Seattle domestic workers, including housekeepers, nannies, gardeners, cooks and household managers. 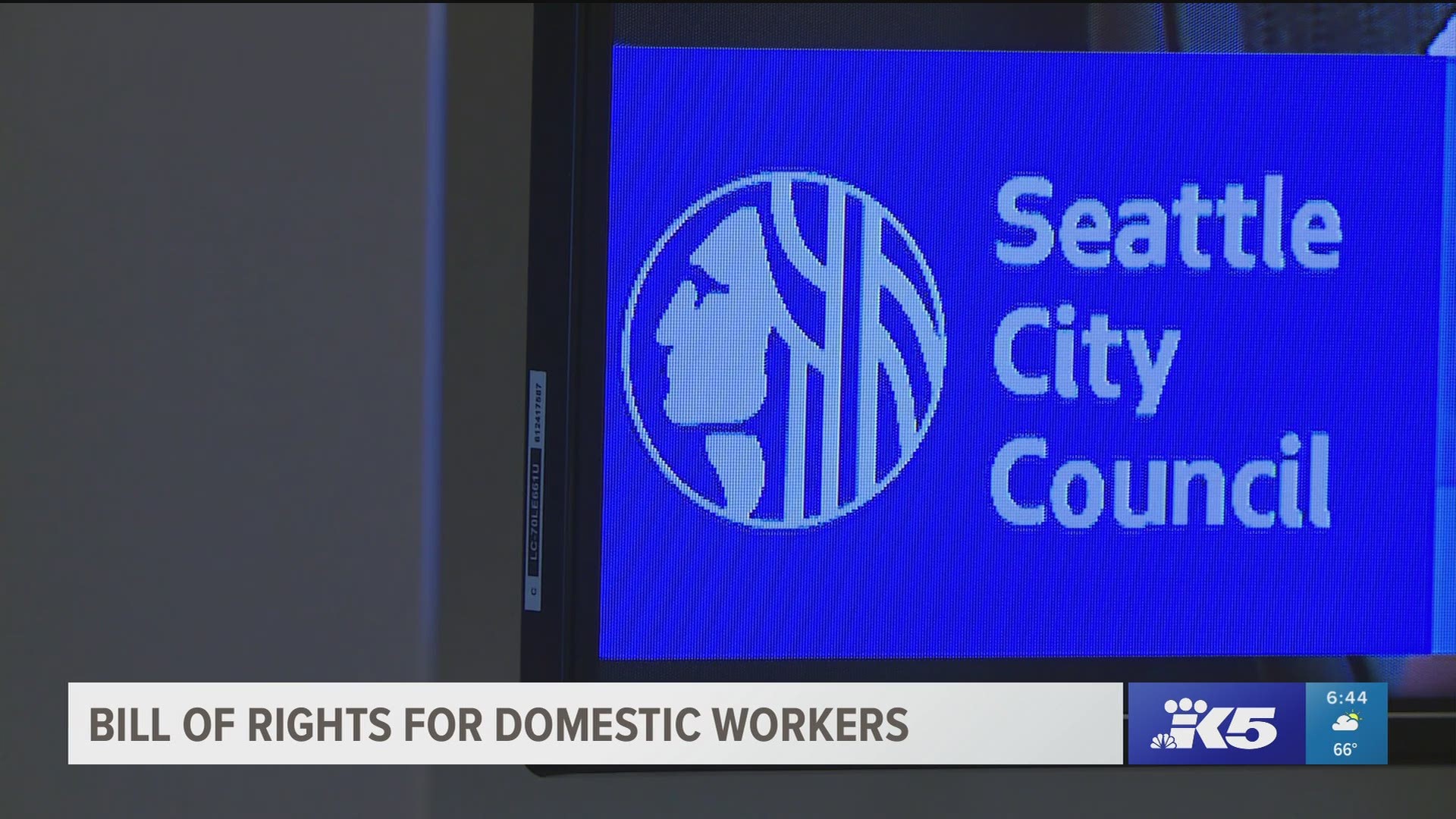 Eight states have passed similar legislation, including New York, Oregon and Illinois. Seattle is believed to be the first city to do so.

"The reality is their work makes the work of this city possible," said Councilmember Teresa Mosqueda, who sponsored the legislation, adding: "They clean our homes and they clean our yards and they've been left out of labor laws."

The ordinance would create a panel of employers and workers to come up with recommendations on wage standards, retirement and health care benefits, training and other issues. It would also prevent employers from keeping a worker's personal documents.

The new rules, which take effect Jan. 1, would apply to those working in private homes, such as a nanny, house cleaner, home care worker, gardener or cook. It applies to independent contractors, full-time, part-time and temporary workers and hourly or salaried employees.

Mosqueda noted that most domestic workers are women, people of color or immigrants, and that they have been excluded from federal labor laws that protect other workers or that give employees the right to organize.

Several domestic workers, some speaking through Spanish interpreters, spoke in favor of the measure Monday. Some described how they had been victims of wage theft in the past or knew others who were afraid to speak out. They told council members that workers deserve a minimum wage and other protections.

For the past year, domestic workers have been organizing for better labor protections with support from Working Washington, Casa Latina and the National Domestic Workers Alliance.

"Domestic workers — who are usually women and who are disproportionately immigrants and people of color — have been marginalized and left out of worker protections for decade," said Mayor Jenny Durkan in a statement celebrating the bill's passage. "Tens of thousands of men and women who work tirelessly in Seattle deserve these basic rights and standards."

There are an estimated 33,000 domestic workers in Seattle, according to the Seattle Domestic Workers Alliance.