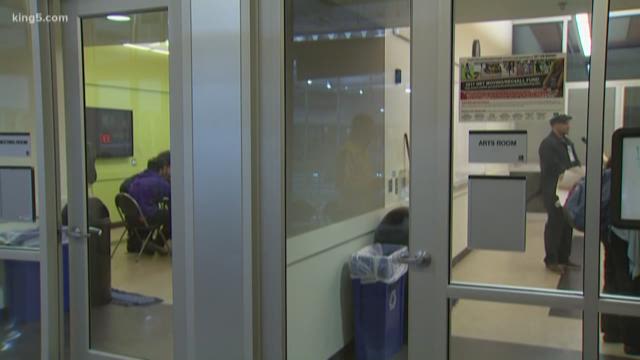 Teachers in the Seattle area will wear Black Lives Matter t-shirts and teach lessons about black history and institutional racism next week as part of a national week of action.

"At a time when the president makes openly racist statements about Africa, Haiti and El Salvador, it is more important than ever to support anti-racist pedagogy and affirm the lives of our Black students," Garfield High School Ethnic Studies teacher Jesse Hagopian said in a statement.

The Seattle movement joins cities across the country, including Portland, New York, Los Angeles, and Chicago, as teachers aim to reshape the education landscape, according to Social Equity Educators. Black Lives Matter at School week will take place February 5-9.

Seattle teachers drew attention in October 2016 when about 2,000 educators wore Black Lives Matter t-shirts to put a spotlight on racial equity in schools.

The Seattle School Board passed a resolution in July that called for ethnic studies in the classroom, although board members said there were still details to work out, including funding, curriculum, and implementation.